We have ten free entries to offer to low-income writers for each of our contests in order to encourage barrier-free access to contest submission. We encourage those who may benefit from a free entry, for any reason at all, to contact us at contests [at] roommagazine [dot] com.

Read our Contest General Guidelines
See our Past Winners

Please note: one cover art contest entry includes up to three images and corresponding artist statement(s). All winners will be published with an artist statement and have the option to submit additional artwork for the issue, which, if selected for publication, will be compensated for at our usual rates. Guidelines for the art contest can be found at the bottom of the page. 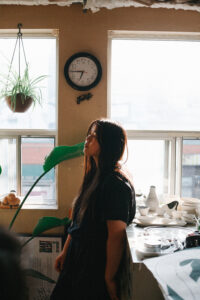 Ness Lee draws upon history and personal narratives to create tender and surreal illustrations, paintings, sculptures and installations. Based in Toronto, their work has been featured at the AGO, the Agnes Etherington Art Center, the Gardiner Museum, the Art Gallery of Hamilton, as well as galleries in New York, Boston, Los Angeles, Miami and Montreal. Lee has also participated in mural festivals in Canada and Internationally in India and Mexico.

Ness Lee’s work is an investigation of the human form dealing with notions of intimacy and self-love. Rather than the emphasis on the physical form, the emotional resonance and presence is brought to focus in periods of vulnerability, discomfort and acceptance. Using various mediums, she explores and echoes these emotions, encompassing its tactile experience into one that is filled with a depth of feeling, playing on humourous rhythms and self-exploration. 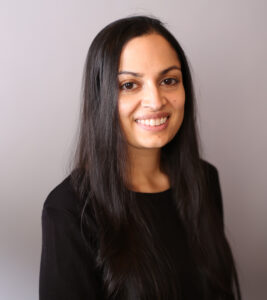 Shashi Bhat is the author of The Most Precious Substance on Earth (McClelland & Stewart, Canada, Fall 2021; Grand Central Publishing, US, Spring 2022) and a short story collection forthcoming from McClelland & Stewart. Her debut novel, The Family Took Shape (Cormorant, 2013), was a finalist for the Thomas Raddall Atlantic Fiction Award. She was a winner of the Journey Prize and has been shortlisted for a National Magazine Award and the RBC Bronwen Wallace Award for Emerging Writers. Shashi’s fiction has appeared in publications including Best Canadian Stories 2018, 2019, & 2021, Journey Prize Stories 24 & 30, The New Quarterly, The Malahat Review, The Fiddlehead, and others. Shashi is editor of EVENT and teaches creative writing at Douglas College. 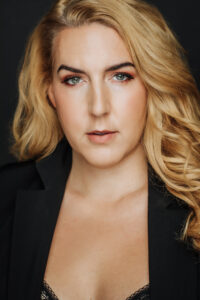 Luna Ferguson (Ph.D.) is an actor, producer and writer. Ferguson’s filmmaking includes the award-winning Whispers of Life (2013); Limina (2016), which was shown at festivals around the world and praised for its trans inclusivity and the queer love story Henry’s Heart (2019), CIRCLE (2020), and the dark comedy 0UTL4W (2021). Luna grew up acting in local theatre in Ontario and toured theatre shows in high-school. As a producer, Ferguson believes in supporting new creative and compelling stories that both reflect and revitalize our reality: seeking underrepresented, marginalized and oppressed voices that still make up a minority in television and cinema. Ferguson has two projects in development: a dramatic feature and an episodic sci-fi series.

Their writing and advocacy efforts have been featured in international publications including HuffPost, VICE, BuzzFeed, Teen Vogue, OUT Magazine, NBC News, The Guardian, and the Toronto Star.

Their first book, Me, Myself, They, a memoir published by House of Anansi Press, was released in May 2019. 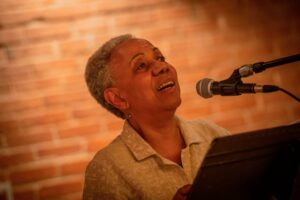 A leading Canadian poet and an international exponent of dub poetry, Lillian Allen was acclaimed a foremother of Canadian poetry by the League of Canadian Poets. She is a two-time Canadian Juno award winner for her albums of dub poetry, Revolutionary Tea Party and Conditions Critical. She is an arts activist and a cultural strategist who initiated and developed several key equity impacting arts programs. A mentor to the mentors and ‘Godmother of Everything’, Lillian is the recipient of many awards and citations including The Toronto Cultural Champions Award, The Margo Bindhardt Award for significantly impacting the arts in Toronto through both creative work and activism, the William P. Hubbard Award for Race Relations, and an Honourary Doctorate from Wilfred Laurier University for her contribution and impact on Canadian Letters.

A long-time Professor of Creative Writing at OCAD University, Ms. Allen spearheaded the establishment of an interdisciplinary, multimedia Creative Writing BFA program. Lillian Allen’s newest publication Make the World New – The Poetry of Lillian Allen -selected by Ronald Cummings and published by WLU Press in 2021, has received enthusiastic critical acclaim. Her other publications include; Women Do this Every Day and Psychic Unrest, plus several books and recordings for children and young people. Allen continues to perform to large audiences worldwide.

Please note: Each entry can consist of one or two prose poems, flash fictions, or flash creative non-fiction works of up to 500 words. Authors are not required to clarify which genre(s) they are writing in, as long as each work is 500 words or less. All submissions, regardless of genre, will be judged in a single category, and two prizes of $500 will be awarded. Winning entries (1st place, 2nd place) have the possibility of being published in upcoming issues of Room. 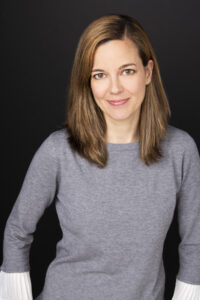 Alix Ohlin is the author of six books, mostly recently the novel Dual Citizens and the story collection We Want What We Want. Her work has appeared in The New Yorker, Best American Short Stories, and many other places. She lives in Vancouver and teaches at the UBC School of Creative Writing. 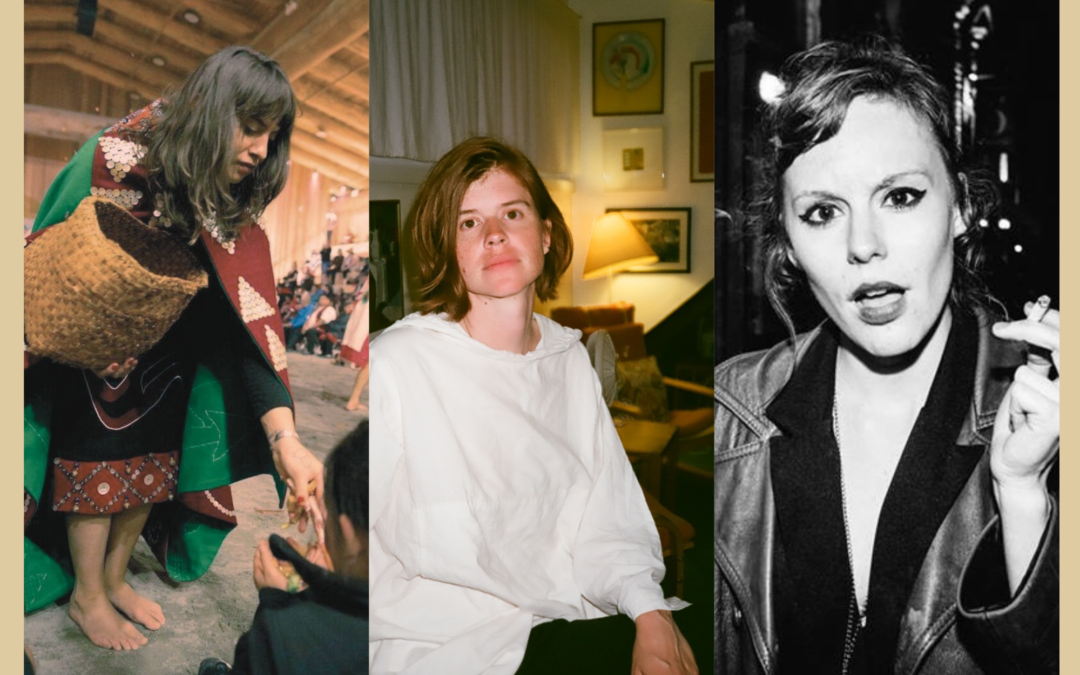 Drumroll, please! Here are the three winners of our 2022 Creative Non-Fiction Contest, as chosen by judge Luna Ferguson. A big congratulations to these three writers! Here is what Luna had to say about their works: First Place: Clink Canoe, by Sydney Roberts Sydney... 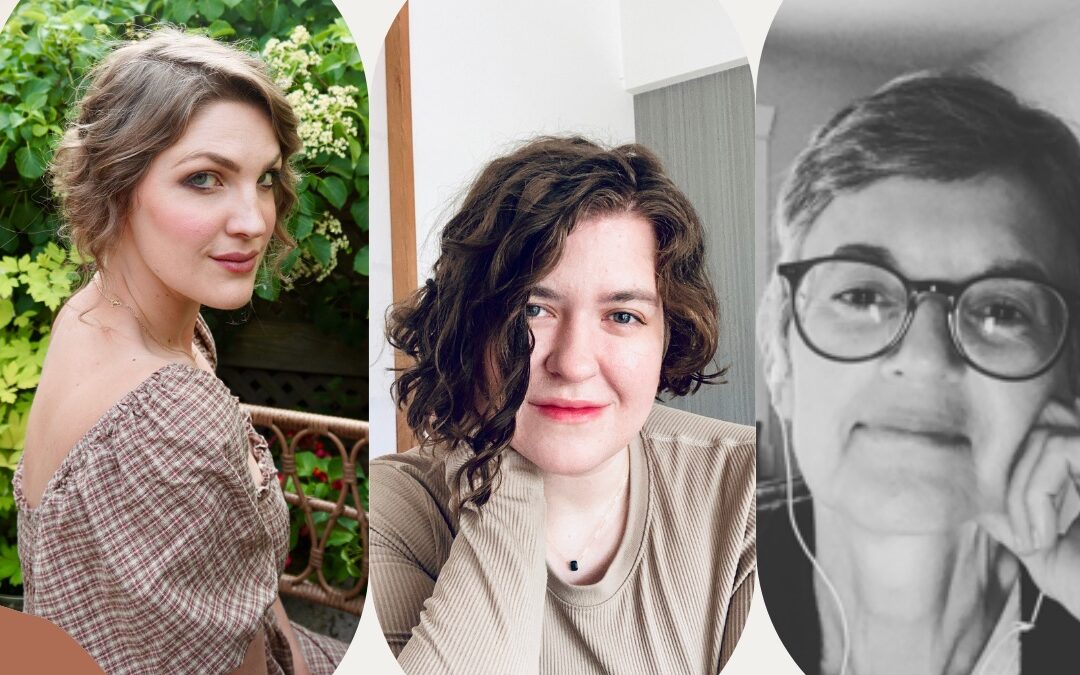 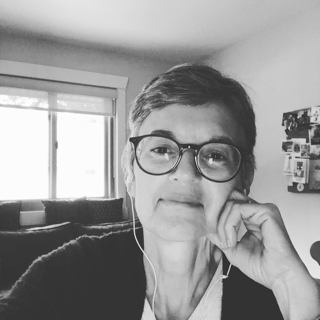 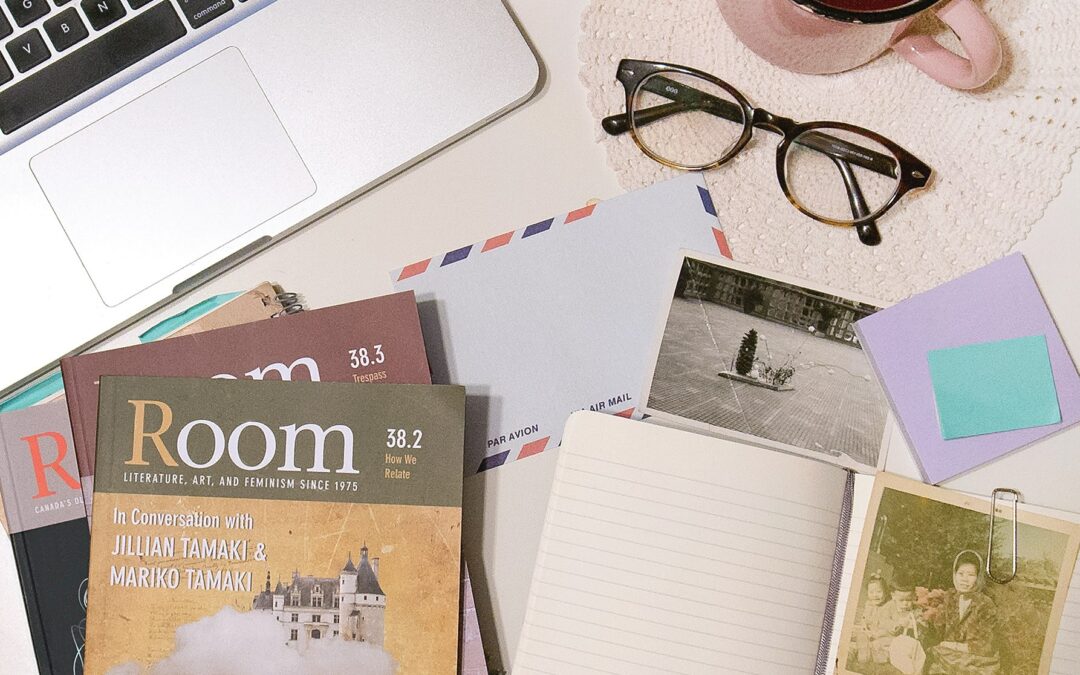 It's finally here! Congrats to the following six writers who were shortlisted by our judge, Shashi Bhat, for our 2022 Fiction Contest! ------ Room Magazine's 2022 Fiction Contest Shortlist Fuzzy Peaches, by Kelly Pedro Mermaid’s Tears, by Hannah Brown  The Mother... 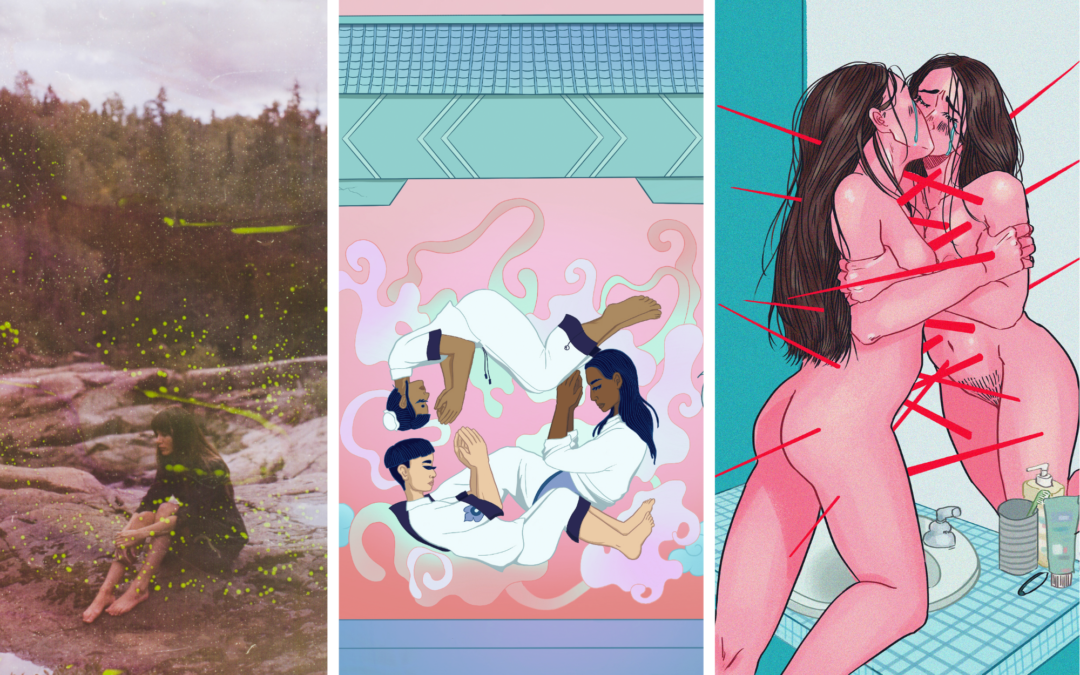 The results are in. Major congrats to the three winners of our 2021 Cover Art Contest! FIRST PLACE: Nimisenh mizhishawabi, by Sarah McPherson Raised in Thunder Bay, Sarah McPherson is a 2S Anishinaabe youth from Couchiching First Nation, currently completing an MA at... 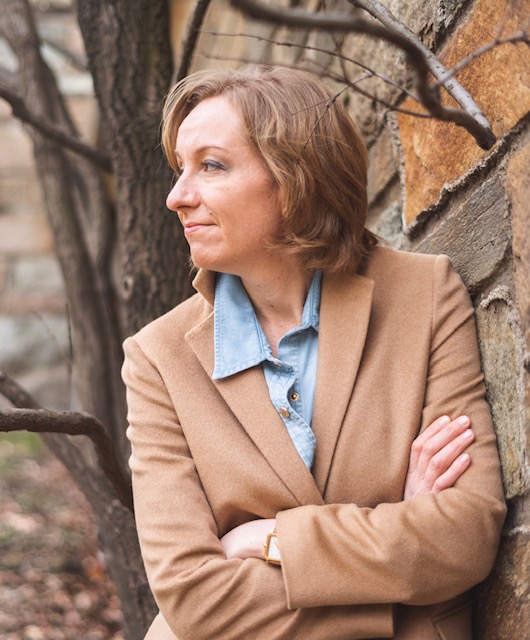 Music Box is the honourable mention for Room’s 2021 Short Forms Contest, as judged by Michelle Good. You can find the full list of winners, and what judge Michelle Good had to say about each winning piece, here. ------- Music Box I’ll begin this song with the click of... 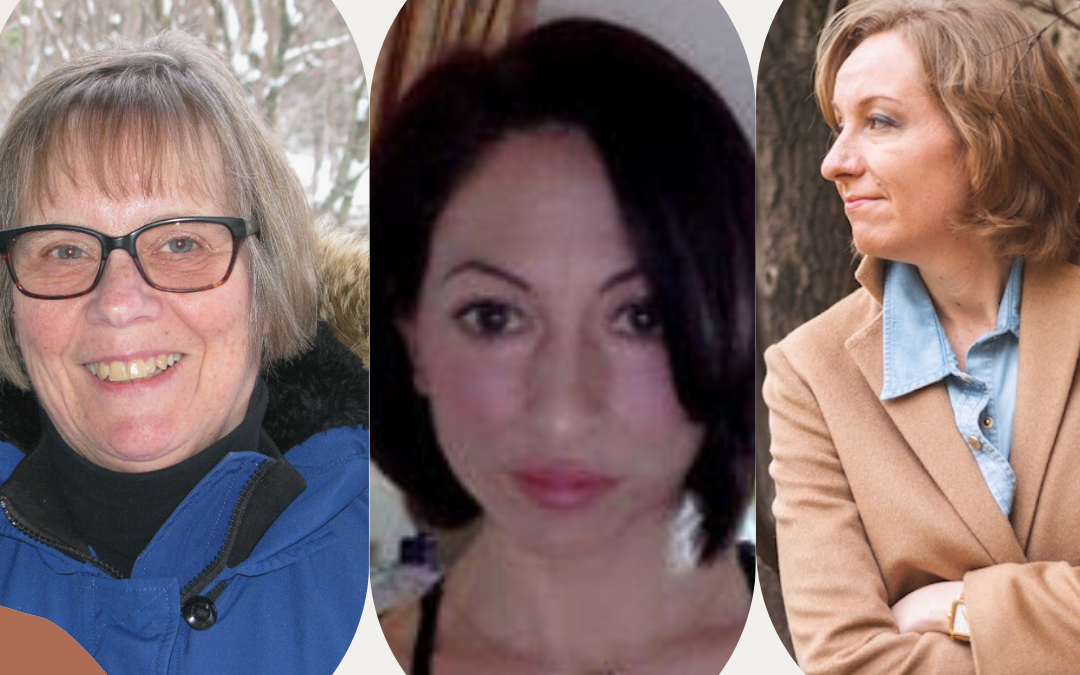 The results are in. Many thanks to all those who've submitted, and to our incredible judge, Michelle Good, for her careful consideration and kind words about each of these pieces. Our warmest congratulations to these three winners of our 2021 Short Forms Contest!... 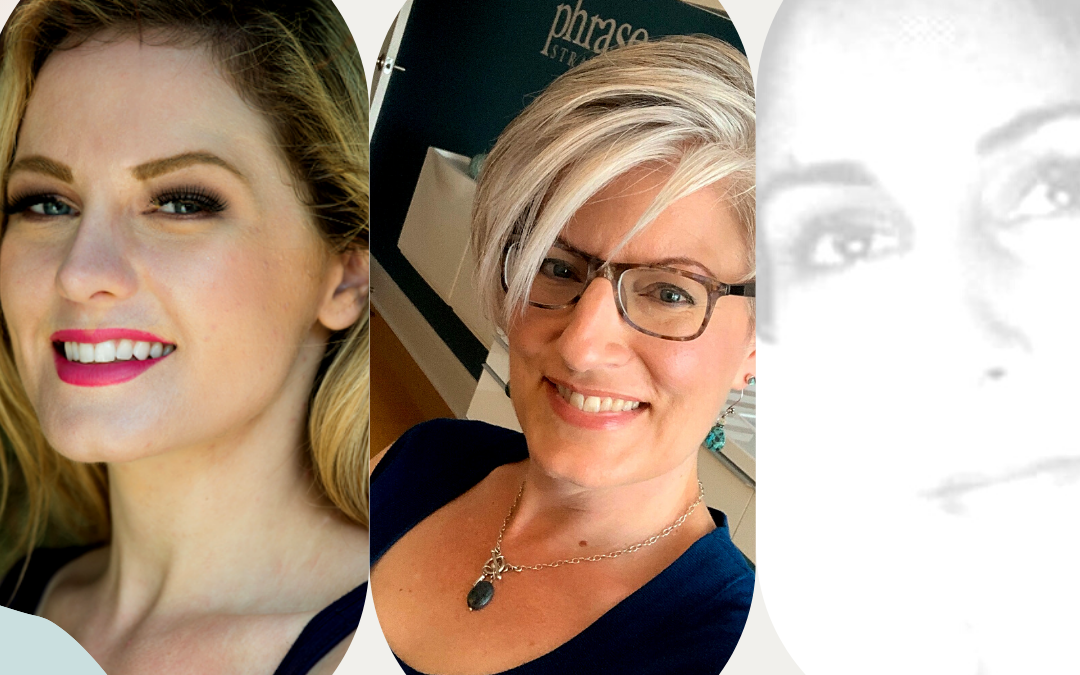 We are absolutely thrilled to announce the winners of our 2021 Poetry Contest. A huge congratulations to the following three poets, whose works have been carefully selected by our esteemed judge, Kama La Mackerel, after hours of deliberation. We won't keep you waiting... 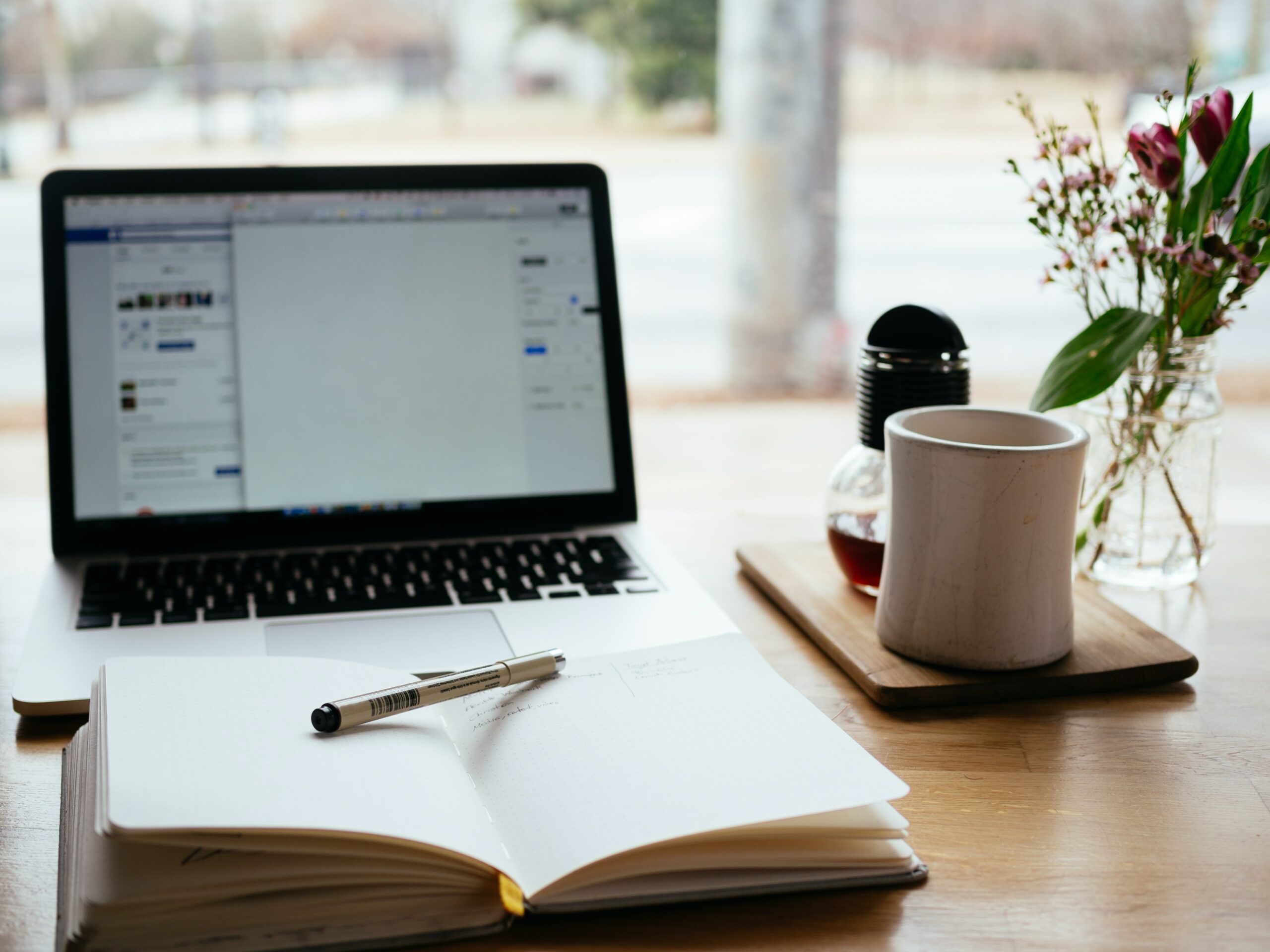 The results are finally here! Here are the winning entries to our Creative Non-Fiction Contest as selected by our esteemed judge, Dr. Njoki Wane. A major congrats to these three writers! Here are what our judge has to say about the winning submissions: First Place:... 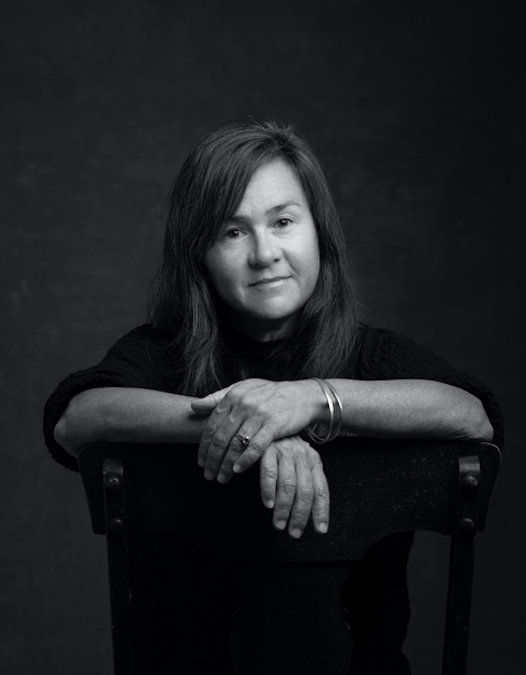 I Can Feel Him Breathing

I Can Feel Him Breathing is the honourable mention for the 2021 Creative Non-Fiction Contest, as selected by Judge Dr. Njoki Wane. _____________   In the morning I stand in front of the bedroom closet, half-dressed, wrestling with the sliding door. The door won’t...

Ready to submit to our contest?

Have you read our contest guidelines and ready to submit? Click the button below and create a free Submittable account to join.

Questions or problems with your submission? Contact us at contests[at]roommagazine.com.