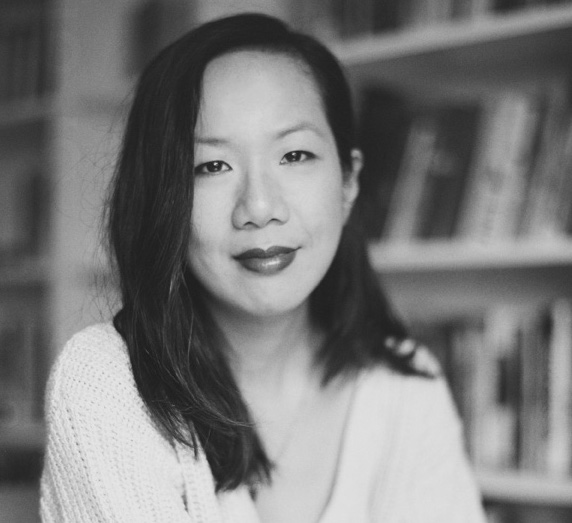 And now you have what you were waiting for

The first time, you walk into the night and think,
This January wind is like death. Then you laugh at
the idea that wind can kill
in a city where asphalt is streaked with long
stripes of blood or shit or mud.

The first time, you walk into the night and think,
This January wind is like death. Then you laugh at
the idea that wind can kill
in a city where asphalt is streaked with long
stripes of blood or shit or mud.
Here, you step into the wind because it hurts,
because it cuts the skin on your face and you like it.
This—the deserted sidewalk with only your feet,
the dark that exists because you do too—
is what you asked for.

Behind you is the house you have just left.
It was once yours, a house that grew around you
and held its breath when you cried because your heart was finished.
It was yours, as much as your breasts or your spit
or the words you arrange and rearrange.

Now you know: the words are what you, alone, get to keep.

You walk, past the grass the crows have turned over looking for grubs,
past the apartment building crumbling under weed and sweat and mould.
You could whisper at the Christmas lights still hanging from balconies,
This is where I’m going, you will find me, but you don’t.
You were born right over there. You know where to turn,
where the skinniest shadows unroll across an alley. You can disappear.

The silence of this city at night.

When you were younger, you walked
toward the water and no one knew.
It was easy to sneak away and head north and north again
until there was nothing but the port to your left and a rocky beach
that tore the soles of your shoes before you even reached the water.
It was easy here, among the Styrofoam cups and pieces of glass
too small to pick up but still beautiful.

You could imagine yourself in another city,
by another ocean, in new clothes.
You could forget that you weren’t born pretty.

This city. You hated it then.

There is no silence, really. There is the ocean.
The seagulls circling and circling. That wind. And you.

It’s not that you don’t care. You did. You do.
But when you speak, it all goes wrong.
For the last seventeen years, you have been talking
of undersides, of vice and sluts
and the chainlink fences with human-sized holes
torn through their middles.
Better to have said,
I dreamed of you, we should get a cat, I actually love the rain,
even if no one believed you.

It’s true: the lights are what people want to remember.

Not the gaps between brick buildings,
not the stairs that lead to tunnels beneath the streets.
Not the bodies under awnings, alive but barely.
Only you will remember.
For the first time in seventeen years, you have nowhere to go.

Jen Sookfong Lee was born in Vancouver, where she now lives with her son. Her books include The Conjoined (ECW, 2016), The Better Mother (Knopf, 2011), and The End of East (Knopf, 2007). She is a columnist for The Next Chapter on CBC Radio and teaches writing in the Continuing Studies department at SFU.