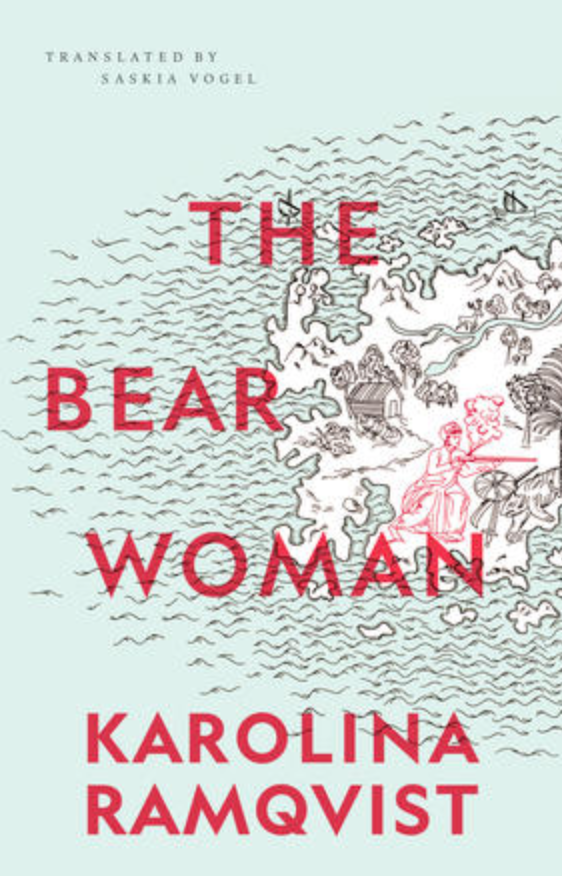 Review of The Bear Woman in Translation

After a friend tells Karolina Ramqvist about the legend of Marguerite de La Rocque, the Swedish mother and writer becomes obsessed with deciphering Marguerite’s story, forever wondering how a French noblewoman on an expedition to North America came to be marooned on a desolate island in the St. Lawrence and left to die by the ship’s captain as punishment for a sexual scandal. “However I tried to prevent it,” writes Ramqvist, “the lone woman on the island found her way into everything I wrote and everything I did, and this was also how my life worked.”

How had Marguerite ended up on that phantom island, the Île des Démons, crawling inside a dark cave surrounded by wild wolverines and hungry, snarling bears? What scandalous affair aboard the ship had led to her abandonment? These insatiable curiosities fill the writer’s mind, and she is swept away in research, trying to escape her own time by imagining life in the 16th century.

Much of the book recounts the journey of this research, and Ramqvist grapples with the historical record to decipher what has been left unsaid of Marguerite’s life and how women in history have been rendered invisible. The writer travels to Paris with her daughter, visits museums and libraries, studies centuries-old portraits, consults texts and maps, and dwells on the realities of daily life at that time. She yearns to know Marguerite’s actual experiences, her thoughts and feelings. Had history done her justice? Was hers “a forgotten fate lost to history as, it was agreed, female fates always ended up”?

But reading The Bear Woman is more than a tantalizing historical investigation. It is a study of motherhood and what it means to be a writer from one of Sweden’s most influential writers. Blending autofiction and essay, Ramqvist exposes the tensions that creep in when a mother is taken hold of by a story, when a mother must research, when a mother must write. The result is an engrossing story within a story that immerses the reader in the day-to-day thoughts of a self-doubting mother and writer, whose children are playing at her feet, throwing pillows and toys around the room as she is hunched over a laptop, lost in thought.

This back-and-forth narrative might slow the pace for some readers who would rather linger on the island with Marguerite than decipher her story in fragments. This isn’t surprising. Ramqvist writes so vividly about the island that readers will savour her descriptions of the grueling and dark things Marguerite experienced there, eager to find out, once and for all, what really happened on the island, what finally became of Marguerite de La Rocque.

Kendra Heinz is a writer, editor, and former lawyer. She is a member of Editors Canada and a volunteer with The Malahat Review.