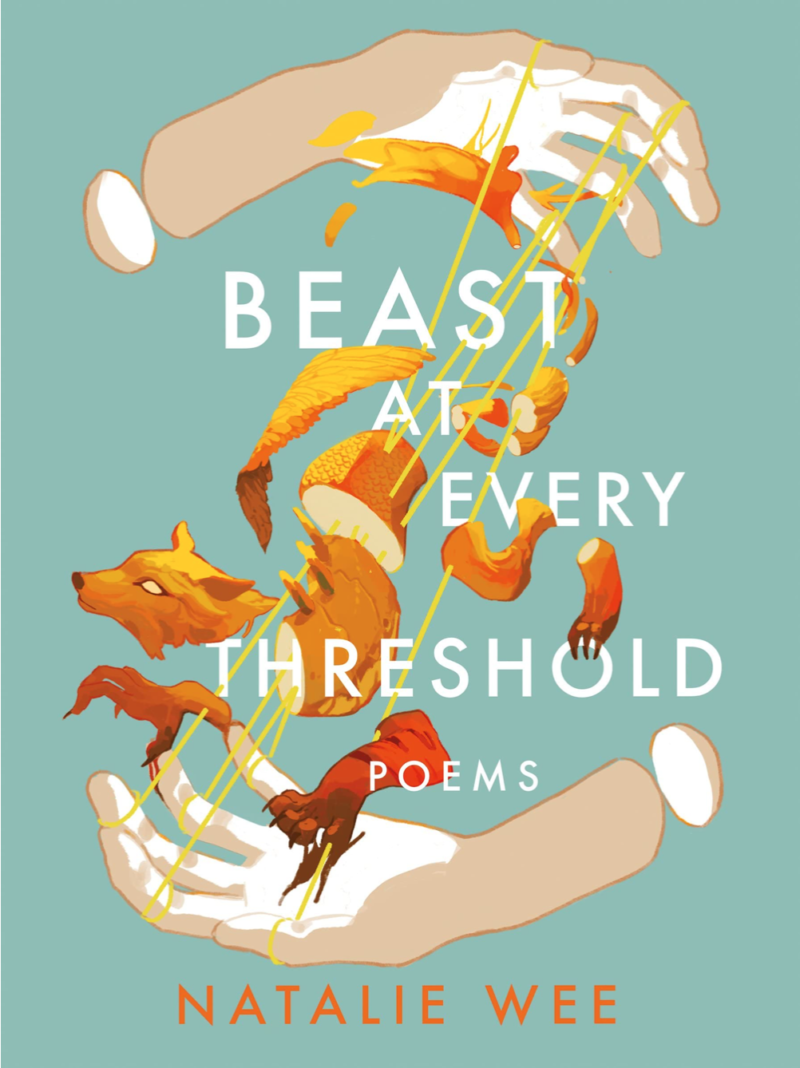 Review of Beast at Every Threshold

“Here are primal / & ungainly ways we tether ourselves to the Earth”: following an expository poem exploring touch, being, and the neighbour’s dog, Beast at Every Threshold is divided into portions titled “Thresh” and “Hold,” respectively. “Thresh” on its own can mean to separate or to tread, speaking to themes of breaking apart, while “Hold,” implying touch and contact, can refer to the meeting of different entities. A threshold can keep things out or in, bringing with it a concept of belonging or other. Also coded as “other,” the beasts of the collection take form as supernatural or folktale beings, various animals, the queer, or the lonely, to name a few.

Through references to popular culture names such as Rina Sawayama, Korra, and Wei Ying, to poems structured around words in Bahasa Melayu and Mandarin, Wee wonders:

Poems in Beast at Every Threshold attempt both: the consumption of media and narratives is a process of looking for reflections of the self in another, while to “fluent” is to, in a way, translate between languages of love and touch. While these cultural references can be read as a curation of influential objects or events for the theme of threshold, the references resurface in the poems as parts of Wee’s own poetic lexicon, where meanings have taken on new interpretations and lives of their own.

Just as how language retention is a political act against assimilation and settler-colonialism, fluenting loneliness, queerness, and other trauma are also projects of resistance and survival. The poetic form prompts readers to participate in this fluenting: many poems in the collection appear in non-linear arrangements, taking familiar forms such as flowcharts and crossword puzzles, and non-traditional arrangements that confuse starting and ending points (or the reading order altogether). A reader can move through these verses by piecing together lines or stanzas to make them “touch”—by connecting their meaning, or by jumping across visual arrangements that imitate cracks, borders, thresholds, and divides.

As a collection situated around recurring themes of family ties, languaging, touch and loneliness, and nationhood and identity, Beast at Every Threshold reflects the strange and curious way that aspects of one’s community, history, and media consumption all seem to cluster together around recurring, persistent preoccupations. One way of reading the collection is to participate in this project of eating and fluenting the various iterations of the beast and the threshold.

Eds Note: This review previously stated Beast at Every Threshold was written in Indonesian, not Bahasa Melayu and has been corrected accordingly.

Lucy Zi Wei Fang is a Chinese-English translator and grad student living on unceded lands of the Coast Salish peoples.