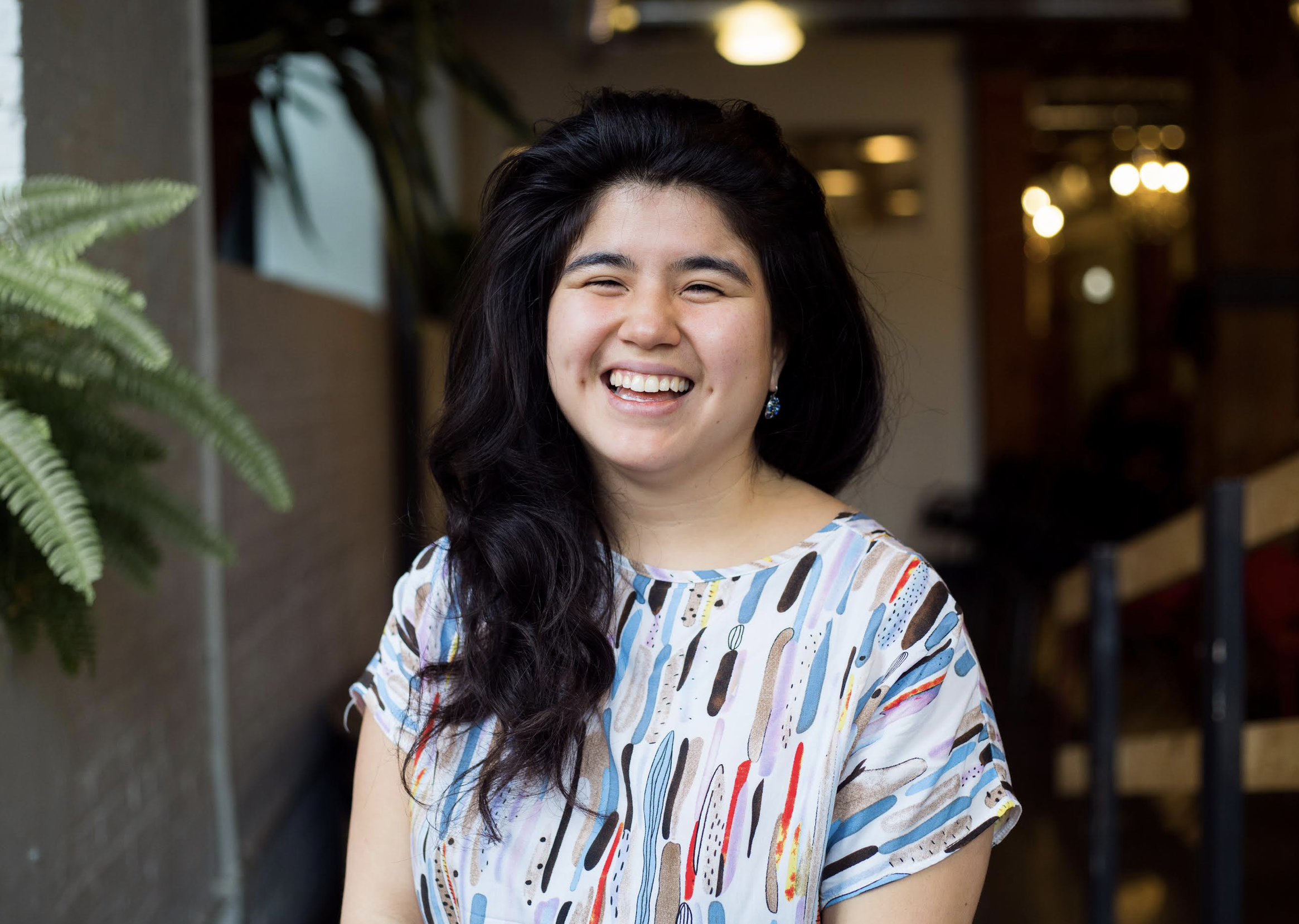 Mom met Guelph Guy / Fish Man / Almost Daddy at Niagara Falls in 1983. The pair were photographed by one of her sisters. Although the photo was taken at the beginning of September, both of them are wearing thick jackets. Their faces are wrinkleless in front of a black iron fence overlooking cascading waters.

Mom and Fish Man shared a migration story. A displacement in common. Like him, my mother was the eldest child in a family of ten kids. Mom sewed work clothes and pajamas for her siblings, he drove his brothers to the factory in Hamilton.

When they started dating, Almost Daddy visited every month. He picked her up on Sundays after her cashier shift at the pharmacy, at Dundas and Spadina in Downtown Chinatown. She wore the same Niagara Falls coat, layering on a second jacket in the winter.

Unlike most refugees that she knew, Guelph Guy had his own car. He’d pick her up and take her on walks by the harbourfront. To feel the humidity of indoor plants at Allan Gardens, to watch movies at the University Theatre on Yonge Street.

Almost Daddy had slept in the theatre two years before. He was sponsored by a Mennonite family in Dryden. A year later, he learned that his mother and three of his siblings were about to arrive in Southern Ontario. Almost Daddy travelled by bus to Toronto to prepare, where he purchased two-dollar tickets to the late-night features. Theatre staff didn’t clean up until the morning, so he slept in the seats, using his backpack as a pillow.

On the weekends that Guelph Guy didn’t visit the city, he drove Almost Grandma to the grocery store in town.

“The store closed before I got home last Sunday. My mother had to walk all the way there and back with my sisters.”

“Come over to my house to eat. I’ll get fresh snapper.”

Guelph Guy’s house barely fit his twelve-person family and their dinner guest. As soon as she arrived, Mom went directly to the kitchen to greet Almost Grandma. Rolling up the sleeves of her pink blouse, she offered to help with the meal. Almost Grandma hardly looked up from the cutting board. “Ay ya. No, no, no, no, no. Don’t worry. You can’t cook, and I don’t have time to teach you. I have to feed one more person tonight.”

Finding her way from the crowded table to the bathroom, Mom walked past two thick mattress stacks, propped against the walls of the living room. She traced her fingers over the seams and the printed roses.

When she locked the door in the avocado green bathroom, my mother took in the mess of her perm. With wet hands she slicked her hairs back. Satisfied, she turned the knob to leave. No luck. She tried again. On her fifth attempt she smelled the steamed fish with ginger and preserved mustard greens.

“She went to the bathroom. Maybe it’s the problem with the flush?”

“Is somebody in the washroom?” Almost Grandma asked, rapping her hand obnoxiously on the door.

Actual Father / Peter / Saddam Hussein was from a landlocked country and dealt in chicken, beef, and lamb. He only touched pork at work. Pepperonis. It was company policy to wear a nametag, but the owner never got around to making him one. He found an old tag under the till.

Actual Father became “Pee-tuh” when he first met my mother’s parents. He joined the family for jasmine tea and red grapes after work, five letters still pinned to his orange shirt covered in dusty flour dough.

That spring, my mother’s youngest sister married a guy from back home who called Peter “Saddam Hussein”. “The big mus-tache!” He said.

Peter was a lone refugee type from the other end of the Asian continent, with no mother here. Mom preferred it this way. They met in ESL at Jones Avenue Adult Centre by Donlands Station. She was attracted to Peter. He could already pronounce long words like ci-vi-li-sa-tion. Still, her family didn’t like him.

“But I’m not different from you. I have two eyes, one nose, one mouth, ten fingers. I’m a human being.”

Peter, leave me along.

“Two years after we became friends, Guelph Guy and I went back to Niagara Falls for sightseeing. We got a hotel room with two queen-size beds. We spent the whole night together, but we didn’t touch each other even one time.”

Mom is talking about Almost Daddy again because I’m telling her about Mississauga Guy / Rogers Man / Almost Son-in-Law. Mississauga Guy works with his hands. He fixes iPhones and motorcycles. We met in June. He greeted me at the mall kiosk on the day I went to buy a new phone. When he returned my pale blue driver’s license, he said, “Wow, they even captured your smile.”

Mississauga Guy wears grey t-shirts and meets me at the library. He was born in a suburb just outside the city, but is immigranty. He speaks his mother’s language and grew up with foods that are familiar to me. Fermented. Wrapped in lettuce.

“Ugh. I hate that smell.” Mom is frying fish and Actual Father is entering the house from the back door after a smoke. Mom and I have never gotten used to the tobacco. To his temper. Fish Man would have enjoyed this meal. I wonder if Almost Grandma is still alive.

Sahar Golshan is a writer, language learner, and the director of the short documentary KAR. She is an MFA candidate in Creative Writing at the University of Guelph, a former Diaspora Dialogues Long Form Mentorship program mentee, and a recipient of the Air Canada Short Film or Video Award. She resides in Tkarón:to, Oniatarí:io.