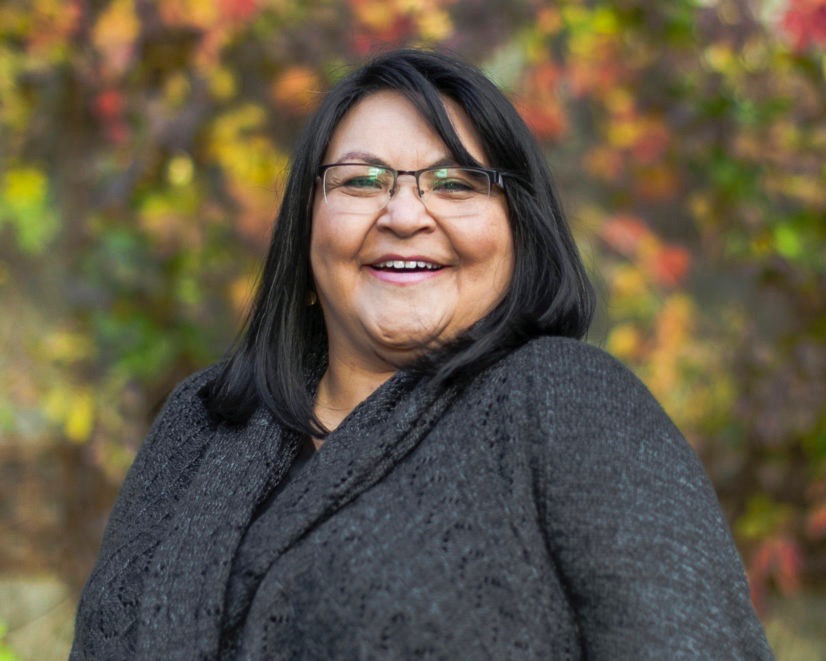 Excited About Everything: Eden Robinson

A series in which Isabella is excited about everything that is happening at Growing Room 2019, so she sat down with some festival authors to hear about their work, and what events they are most excited to take part in.

A series in which Isabella is excited about everything that is happening at Growing Room 2019, so she sat down with some festival authors to hear about their work, and what events they are most excited to take part in. Learn more about the 2019 Growing Room festival by visiting our website, festival.roommagazine.com.

Eden Robinson is a Haisla/Heiltsuk author who grew up in Haisla, British Columbia. Her novel Son of a Trickster was shortlisted for The Giller Prize. Her latest novel is Trickster Drift.

ROOM: Hello, Eden, how are you? Your second book in the Trickster trilogy, Trickster Drift, just came out in the past year. CONGRATULATIONS! Take us through the writing of this book and how the protagonist, Jared, came to be. What made you want to write about tricksters?

ER: Hello, Isabella! Thank you for your kind words. I have a messy process, so I originally started writing believing the Trickster story would be a short story, maybe a novella. Once it reached 400 pages, I realized it might be a novel. As I was editing the manuscript, I realized it was, in fact, two novels. Then the second novel broke apart and here we are with a trilogy. I’m determined that that is the end of the story because I want to move on to my trashy, band council romance. I grew up listening to my family tell Trickster stories and have always loved them.

ROOM: I love how this Son of a Trickster and Trickster Drift is written as a trilogy. We don’t see that as much in literary fiction as we do in genre these days. How did this come about? Did you always know that you were going to write a trilogy, or was structure something that occurred later on?

ER: I had no idea this was going to be a trilogy. I had to renegotiate my book contract first for a sequel and then for a trilogy. I ended each novel at specific places in the journey of my main character, Jared Martin. The first book marks his awareness of his heritage and ends with him accepting that he’s Wee’git the transforming raven’s son, but he wants nothing to do with anything involving his biological father. The second novel follows him as he becomes comfortable with the supernatural and eventually (spoiler alert) transforms for the first time. The final novel he’s trying to figure out what kind of Trickster he is and explores forgiveness of things that seem unforgivable.

ROOM: As a young writer, I’m always interested to hear others’ stories. How did you come to writing? When did you know? Who were the people/mentors that helped you get here?

ER: I always read and told myself stories to get to sleep. I come from a family of avid readers. It wasn’t until Grade 11 when an English teacher read out one of my short stories to a class that I considered writing as a career option.  Up until then, I was focused on the sciences and in the chess and astronomy clubs. The class loved my fan fiction horror story of moody teens with the power to explode your head with their thoughts and it was the first time I’d been considered cool.

ROOM: Speaking of mentors, I hear that you have been involved in a lot of mentoring yourself. Would you like to speak more to that, and what mentoring means to you?

ER: I’ve had mentors that were astonishingly generous with their time and try to emulate them. Even though I still have doubts about my own writing, I’ve learned that you have to put them down when you’re helping other people break through their own skill sets. Creatives are harder on themselves than anyone else. Mentoring gives you perspective.

Room: I’d love to know where you turn to for inspiration—favourite writing spot? favourite books or work that you return to time after time? other Indigenous writers? Give them a heartwarming shoutout, if you will!

ER: I’ve never written a novel with multiple points of view. I’m usually right in my narrator’s head or on their shoulder in first person or limited third person. The trashy band council romance demands multiple narrators, so I’ve been reading writers who tackle a more community-orientated view with multiple voices. In particular, I’ve been studying The Break by Katherena Vermette and There, There by Tommy Orange for the way the authors use over 10 narrators each and how they manage information and tracking voices to create a narrative. With The Break, Vermette begins immediately after a central traumatic moment that the narrative spirals around, and each voice gives a piece of the puzzle. As the reader gets closer to the reveal, the tension created from wanting to know and then not wanting to know is absolutely devastating. She has masterful pacing. With There, There, the reader learns right away that the upcoming pow wow is going to end in a robbery and guns will be in play. No matter how far in time and place the narrators wander, they’re all going to the same place so the event itself anchors the novel, letting Orange fully explore his characters and their backstories. By the end of the novel, you know each of them so well, it makes the finale crackle.

I write at my desk early in the morning. Inspiration is everywhere, but I find my well runs dry quickly if I don’t read. Novels are a huge weakness and my favourite place to read is the tub. The recliner is a close second and more practical now that my reading glasses are so bulky.

ROOM: We have you featuring in several events and readings, including “Indigenous Brilliance,” “Funny Feminists ,” and “Dream Me a Dream: Literary Futurisms“. But tell me, what are some other events that you are most keen on attending?

ER: I wish I could go to everything!  What an amazing festival.  I’m very excited about The Prairie Fire/cv2 West Coast NDN launch and Sandwiches: Writers as Caregivers. I’d love to compare notes at The Dead Book: What to do When a Book Doesn’t Take. Whatever Gets You Through and Canisia’s closing keynote look powerful and I regret that I’m leaving Vancouver on the 14th.

ROOM: Thanks for taking the time to sit down with me, Eden. I’m so excited to have you for Growing Room 2019!

Isabella Wang’s debut poetry chapbook is forthcoming with Baseline press in 2019. At 18, she is the youngest two-time finalist and writer shortlisted for The New Quarterly’s Edna Staebler Essay Contest. Her poetry and prose have appeared in over a dozen literary journals, and she holds a pushcart prize nomination in poetry. She studying English and World Literature at SFU, interning at Room Magazine, serving as the Youth Advocate for the BC Federation of Writers, and co-ordinating the bi-weekly Dead Poets Reading Series.