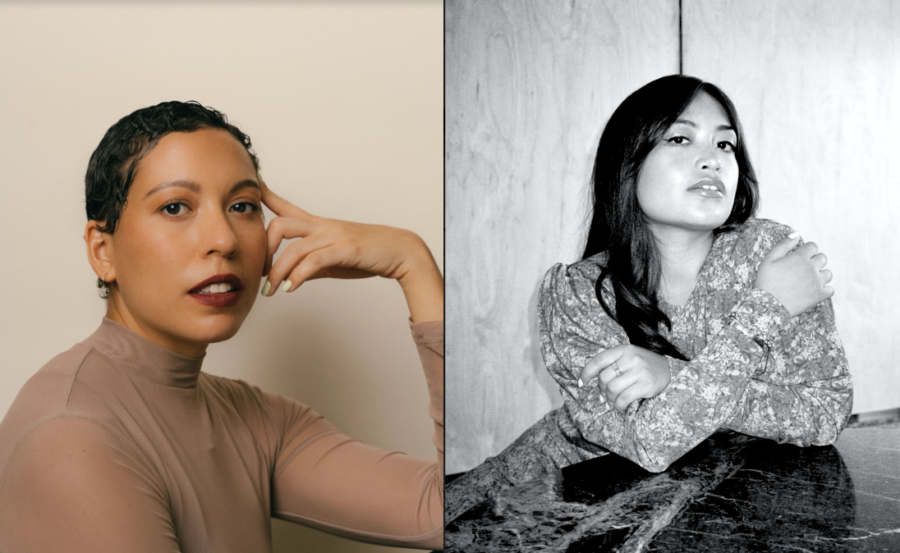 An Interview with 45.3 Commission, Marlowe Granados

The Audacity Issue, 45.3, is almost here! To celebrate, here’s an interview with issue commission, Marlowe Granados, where she talks with Jasmine Sealy about her acclaimed debut novel Happy Hour, measures of success, and the power of fashion. Keep reading for an excerpt from Granados’ short story, “Celebrity,” which appears in 45.3. Cheers!

ROOM: Happy Hour opens with the line “My mother always told me that to be a girl one must be especially clever.” I loved how this opening established the narrative voice for the rest of the novel. How important is a good opening line to you? Can you speak to your process in coming up with this one?

MG: There was a time where the first line and the last line were the same! It was meant to show that the novel is cyclical, that Isa returns to the beginning of the novel to tell her story. I think as opposed to being a writer, Isa is a storyteller. The difference being that a storyteller must also consider the performance of their tales. The first line came to me on one night I was working as a hostess at a hotel bar. I was chatting with one of the other girls and we were talking about how we both must be a certain way to live the kinds of lives we wanted. How we must be a little sly to get into certain rooms. I think the line represents how femininity is made—it’s work, it’s a constant process of becoming. I’ve always thought that, and it’s really one of the main focuses in my work. The style of the novel comes from trying to answer my question of, “What does feminine language sound like?”

ROOM: In Happy Hour the main characters, Isa and Gala, are childhood friends but we never learn much about their childhood, or where they come from. How do you decide what details to include about your characters, and what should remain a mystery?

MG: There’s a certain type of person that wants to build themselves based on their imagination as opposed to their roots. They want to sculpt themselves based on what they love and admire. I think there’s a freedom in that, and that’s something I definitely understand as how I grew up. It’s a decision that the characters have complete control over what’s relevant to them, what makes them float back to earth is how some things seep through. Very Holly Golightly.

ROOM: Related to this, though the characters’ relationships with men are integral to the plot, sex itself is hardly mentioned. At one point the narrator Isa says, “I know better than to waste too much space on men here; if only that could translate to real life.” As a writer, how do you approach sex and romance in your work?

MG: There’s also a part about men only punctuating the story. The novel is more about the feminine adventure…about meeting different women of different ages… of being mentors/mentees, maternal or not. In my experience sex just happens but it doesn’t necessarily have to be a focal point. I am more interested in what these girls are pursuing beyond sex and romance. Those things are just conduits to explore themselves and the heights they’re willing to go. I don’t really believe in sex and romance as an answer to anything, but maybe they are ways to decorate a life that is always expanding.

ROOM: While Gala and Isa are obviously preoccupied with earning money to survive in New York, neither character is concerned with success or ambition in the traditional sense. Isa says that Gala measures success in people’s ability to take vacations. Isa wants money not for power, but to surround herself with beautiful things. What does success mean to you, as a published author?

MG: Oh god, I mean this is something that I really do share with these characters. So much of my joy comes from the actual process of creating art and less about the reception… I’ve obviously been so fortunate that the book found its readership and got the press it did. I think true success is having the freedom to do what you’d like to do, to make what you’d like to make. For long projects I require a lot of space and time to ruminate and collect ideas and research. I’ll be honest that I am bratty in the way where I no longer have the ingenue energy to hold three jobs and still be able write. At this point I feel like success is about being able to buy time.

ROOM: “People think clothing is frivolous, but it can really instill courage and that’s a good thing.” This was one of my favourite lines from the novel. What is the most powerful outfit you currently own?

MG: I don’t think I have just one… I own quite a lot of pink. My friends joke that to me, pink is a neutral. I have a collection of pink Christian Lacroix dresses that I wore during my book tour. They just felt so me! There’s a playfulness to them, but also an art to how they’re structured. One of my favourite suits I own, I wore to my Trampoline Hall talk in February 2020, before the world caught on fire. It’s a Vivienne Westwood pinstripe skirt suit in powder blue. Carrie Bradshaw wears the same one in charcoal in the “Drunk at Vogue” episode. I was doing a lecture on how dating and glamour are diametrically opposed. I was the last speaker to go on and did not pace my drinks so I really cannot remember the Q&A portion except that this one man tried to ask a rude question and apparently I really socked it back to him on cue.

Excerpt from “Celebrity”
By Marlowe Granados

We finished the starters and I wiped up the leftover oil with the last piece of sourdough, relishing the way it cushioned itself against the plate. The owner made his way to our table and patted Phillip on the back.

“I need to get my hands on one of your bottles of rosé. I’d love to serve it here.” Phillip made small runs of wine varietals from a place in California. He had sent me photos of the wine bottle to show off the label design. It was a colourful, abstract watercolour with no identifying text. I had said it was, “Gorgeous.”

Phillip grinned. “I’m all out except one bottle and that’s for her.”

The owner glanced at me in an offhand manner. “Lucky you!”

I looked under the table. “Where is it?”

He waved as though not to worry. “It’s back at the hotel. I’ll give it to you later.”

I frowned. “Why didn’t you bring it here?”

He shrugged his shoulders casually. “I didn’t feel like carrying anything.”

The owner put his hand on the back of Phillip’s chair. “Now, what do you think for mains?”

I pretended to skim the menu and said, “I have my heart set on the pork chop with apple chutney.”

The owner nodded in approval. “Lady’s got good taste.”

Phillip said, “She does. Suspiciously. You wonder where she got it. You’re gonna eat a pork chop all by yourself?”

I nodded, “Of course, what else would someone do. Seems silly to share.”

Phillip looked at the owner. “I feel like something very fresh.”

“I’ll bring you the fish and the shaved fennel salad.”

I excused myself to the bathroom. It was a small pink vestibule that felt closed off from the noise of the restaurant. I looked at my reflection and gave a little laugh. He was not that funny at all.

Jasmine Sealy is a Barbadian-Canadian writer. Her debut novel, The Island of Forgetting, was published in 2022 by HarperCollins (Canada) and The Borough Press (UK). She lives in Vancouver.

Marlowe Granados is a writer and filmmaker. After spending time in New York and London, Granados currently resides in Toronto. She is the author of 2020’s Happy Hour, a novel that the New York Times called “confident, charismatic and alive to the pleasure of observation.” Her advice column, “Designs for Living,” appears in The Baffler.