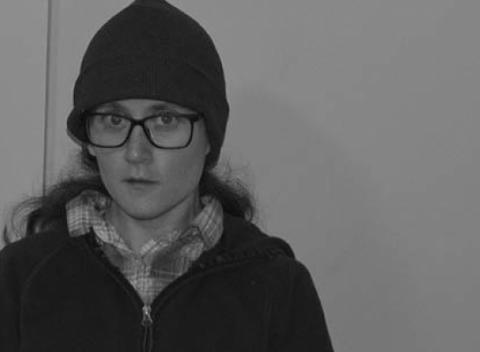 “And if you are not a bird, then beware of coming to rest above an abyss.” ― Friedrich Nietzsche

Not an addict but
a deflowered thorn,
a queen of spades
with a punch-hole.
A birthday present
unwrapped too quickly.
Not a junkie but
someone who’s put hope
in the washer and dryer.
Not a joy-popper.
Not a dope fiend.
Not a candy nerd at war
with counterpart colours.
Not a career user but
a deferred dream.
Not the twin of Narcissus.
Not a mirror image.
Not the puddle growing
like a fetus. Not a junkie.
Not denial. Not a river
but a stream looking
for an ocean. Not your business.
Not a bookmark but an explosive.
Not fentanyl. Not death, not the end.
Not a piece of shit. Not gum pressed flat
under the desk. Not cancer.
Not your fucking alarm clock.
Not a dream. Not a dragon but a friend.
Not a disease but a blanket.
Not an alarm but a lullaby.
Not an addict but a war plane flying
through friendlier skies.
Not your fucking smart watch.
Not dope, not dealers,
not my life, not me.
Not a junkie.
Not an addict.
Not me.

This is a response to a recent opinion piece suggesting that to overcome the opioid epidemic we must change our language. People aren’t addicts, they have substance misuse disorders. I don’t recall this type of thinking during the crack epidemic. I think too often we take it on as our identity. For many people I know, they wouldn’t want that taken from them. To take that away would be to take everything. As for those who don’t want to be aligned with us, I don’t know what to tell them. I hope my poem shows my ambivalence either way.

On a separate note, none of the pieces on the opioid epidemic have addressed the causes. The causes aren’t in our language, doctors, pharmaceutical companies or even Trump. I hope too to show what we aren’t looking at. And maybe our attempt to create euphemisms is a part of that

Jill M. Talbot‘s writing has appeared in the Fiddlehead, Geist, Rattle, PRISM, The Stinging Fly, and others. Jill won the PRISM Grouse Grind Lit Prize. She was shortlisted for a Matrix Lit POP Award and the Malahat Review Far Horizons Award. Jill lives in Vancouver, B.C.