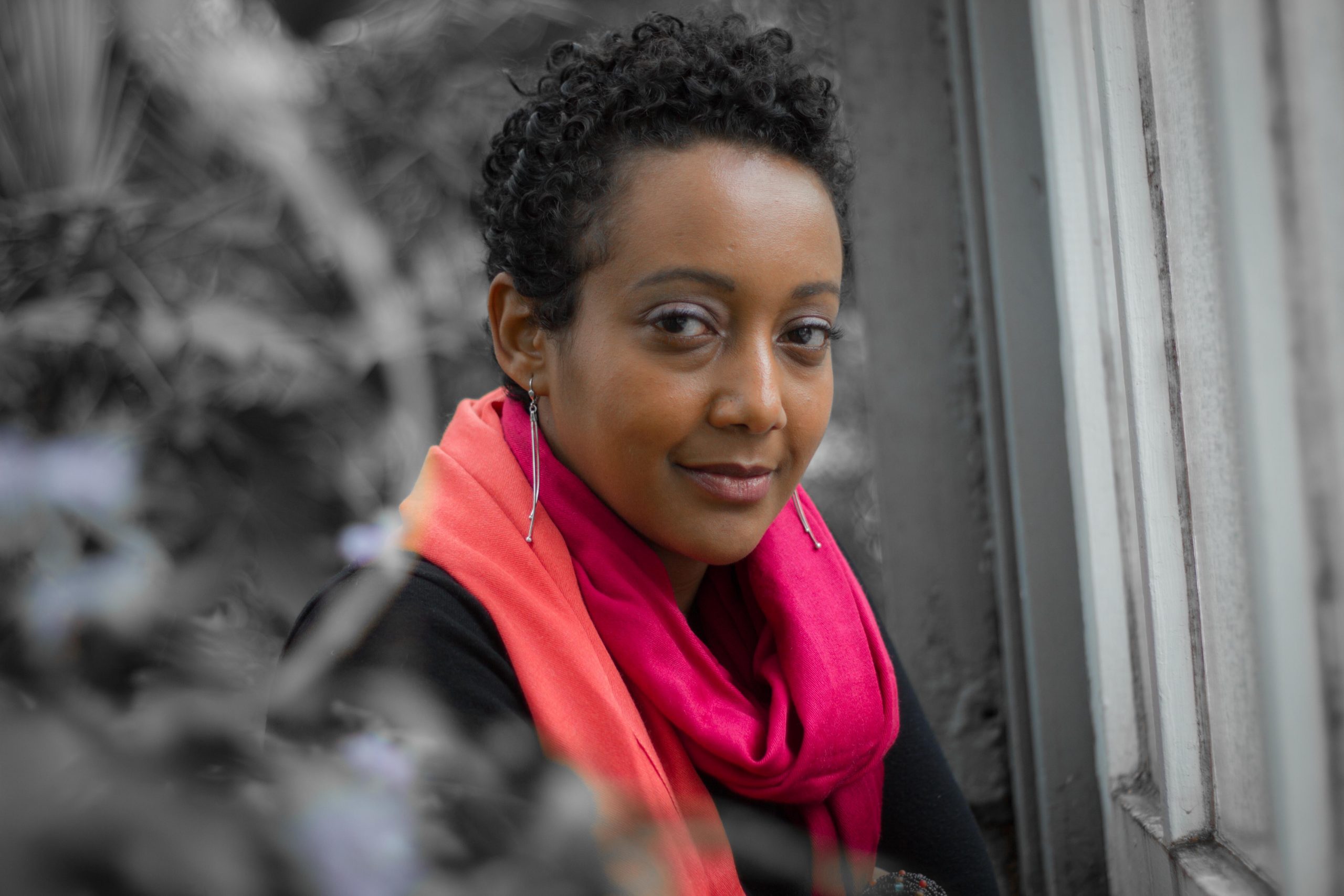 Once, upon a day of politics trouble, I saw my mother burying her gold in the vegetable and herb garden at the back of our house. It was a school day, but I was at home because she had pulled me out of class that morning.

Once, upon a day of politics trouble, I saw my mother burying her gold in the vegetable and herb garden at the back of our house. It was a school day, but I was at home because she had pulled me out of class that morning.

My class, all girls, had been waiting for our teacher when my mother came for me. Two of the brave girls had left their seats to poke their heads out the door. Then, rather than come and tell me, they turned to the whole class and shouted that my mother was hurrying down the corridor. The girls I sat beside nudged me over and over.

I thought they were saying that so that I would leave my seat and get into trouble.

I was the first child to be taken home early that day. As my mother and I crossed the quiet, empty schoolyard, twenty-three pairs of eyes watched us from the classroom windows. For every step we took, another set of eyes popped up in the windows to watch us go. She held my hand so tight to her side that I could feel her whole body tremble.

After we got home, my mother carried her box of gold to the vegetable garden. She forgot I was there, in the house. Or maybe she didn’t care that I could see her putting the gold in the ground. Or maybe she didn’t know that it is the child who gives you away during such times of trouble and who ends up costing you your life.

The soldiers she was waiting for never came. The President stayed. I went back to school. But every day after that one, I kept watch over the spot where my mother had put the gold. I watered it. Gold is so precious that my mother’s pet name for me was My Gold. Once, when I asked her where she had found me, she said I came from the earth. Since I was her gold, and I came from the earth, then gold also came from the earth. That was why she gave it to the earth to re-swallow, so that even if the soldiers had come and taken everything else, the earth would always have given our gold back to us.

But it was not working. No matter how much I watched and watered it, nothing grew. If I had not feared disturbing whatever was happening under there, I would have opened the ground to see what was the problem. She must have chosen a bad place, I decided, or had not dug deeply enough. So, I started a new golden tree project.

I owned one pale gold chain, a common present given to girl babies. My mother let me keep it in my room, unlike my gold ear studs, which she kept locked in her closet with her gold because they were made from Ethiopian gold. Imported gold is pale. You can wear it every day. But Ethiopian gold, our gold, is so rich it is a deep yellow.

Everything I knew about planting things, I learned from my nanny. She told me that things grow in the place where you put them. She was feeding me an orange as she explained this to me once during snack time, the long curled peel cupped in her other hand. As my mouth filled with the juice, she said, “If you swallow the seeds, an orange tree is going to grow in your stomach, up your throat and out of your mouth.”

With her fingers, slippery with orange oil, she traced the path of the tree from my stomach up the centre of my chest, over my throat and chin to my lips. I swallowed the fruit and felt the chewed up piece fall the opposite way inside me.

“A tree so big,” she demonstrated, sprawling on the ground, getting comfortable for a nap, “that you will be able to do nothing but lie on the ground and be a tree-pot.”

“What about lemon seeds?” I asked.

She closed her eyes. After two breaths, her mouth fell open and she started snoring. I leaned over her. When she breathed in, I spit an orange seed into her open mouth. I did it three times. I took the orange peel from her hand.

There was a row of coffee bushes in the vegetable garden. For my pale gold chain, I chose a place under the only bush with its base not covered by grass, smelly from the stomachs of the sheep that we buy for eating. I did not know how deep was deep enough, so I used the length of the chain, which was the same length as my hand, and dug a hole twice as deep. It was easy. The earth was so loose and soft. I flattened my hand and sliced into it like into a Sunday cake, twice, and scooped it out. I dropped my chain in the hole. It folded into itself at the bottom.

My mother did not notice that the chain was missing until weeks later, when she wanted me to wear it with my gold ear studs for my yearly photo. She told my nanny to return the chain that she stole, or else she would be sent away. Why didn’t I say what I did with it? My nanny had to go back to her village in the desert. So, maybe she did steal it.

The good thing about having dug a hole so deep was that it left me room to add. In the years that followed, many nannies came and were sent away, because my mother’s gold continued to disappear. My father always replaced the pieces for her with bigger, more beautiful ones, but no tree grew for me. The more gold I put in the hole, the more I could feel that it was almost there. Soon, I thought, after the next piece, a gold tree would dance out of the ground for me. Give it time, add water, wait and know when to stop.

The next politics trouble happened slowly. Families on our street had time to sell all their precious things and escape the country. We did not have enough to sell. I ran out of gold to plant because my father could not replace the lost ones any more. But I never stopped watching the place, so that I would not miss that magic moment.

The President left. The military swallowed everything and wanted more. Soldiers began to go into houses that still had their people in them and accuse them of hiding money or gold.

They came to our house. My mother and father told them, over and over, that we had nothing. The soldiers turned the house upside down, inside out. They shot my father to make my mother talk. All they found in my room was a dry orange peel. They pulled me to the backyard by my hair, my mother screaming behind. My head felt like a hot iron.

They looked in the ditch behind the vegetable garden, where there was only old sheep blood. They dragged me through the carrots and potatoes and onions and mint and peppers and coffee bushes, shouting at my mother:

“You think money grows on trees? Money doesn’t grow on trees! How is the new power to build up this country?”

My mother looked shocked, as if she did not know that money does not grow on trees. I cried for her. Who are they to say what grows on trees and what does not?

I thought maybe this solider, or that one, knew my first nanny. Maybe she had told him about me, what a good girl I was. But maybe she sent them here, for her anger.

My mother began to pull out all the vegetables and herbs in the garden, and rake the earth with her fingernails, to show them that there really was nothing. My head began to bleed. A gleam under the coffee trees caught their eyes, but it was the flies on the sheep-stomach grass.

“Under there!” they yelled, sniffing at my red, wet head with the noses of their long guns, even though it was clear that place had not been disturbed in a long time. My mother flew at the stinking green pile and dug like a dog. She went in so deep that her hands found and pulled out a fistful of sparkling deep yellow roots.

At that moment, a great noise and heat exploded near my face, then I saw it leap out of the ground like fireworks—the gold tree. Just like I knew it would one day, up up up it danced with thousands of brilliant leaves, no two the same, moving with the wind. I wanted to be that tree.

When it vanished, leaving me alone with the iron smell of blood and fire, I found my mother at my feet, quietly folded into the earth.