From October 18-24, the Vancouver Writers Fest inspires 40+ events with local and international writers. As they write, “Words shape our worlds. They can delight, inspire, provoke, comfort and unite—as do the authors, journalists and poets who wield them.” In this interview, Isabella sits down over Zoom with VFA’s celebrated Artistic Director, Leslie Hurtig, to discuss how she has influenced, and has reciprocally been influenced by the festival. Read more to find out about Vancouver Writer’s Fest’s roots tracing back to Scotland, and Hurtig’s personal favourite ice cream flavour, and more! 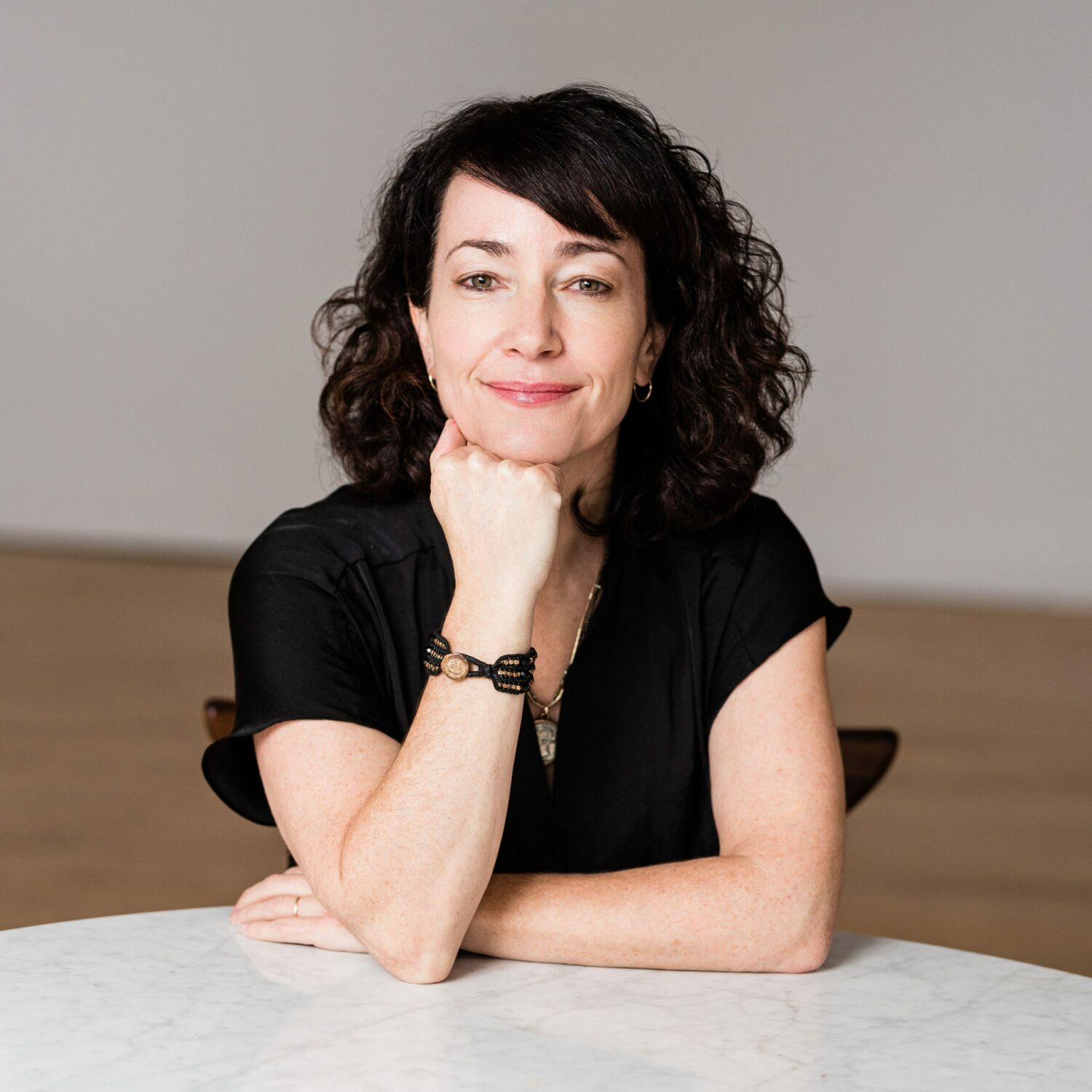 ROOM: Hello Leslie, thank you so much for taking the time to join me in this virtual space today. It has been so wonderful seeing the festivals you’ve put on over the years, and hearing you on stage introduce many other incredible events that the Vancouver Writers Fest makes possible for audiences year round. So, to be able to chat with you in this way is a gift.

For those of our readers who aren’t too familiar with the Vancouver Writers Fest, would you mind starting by telling us a little bit about your role as artistic director. For how long have you served this role? And how has VFW impacted you personally?

Leslie Hurtig: Hello, it’s really nice to speak with you today, Isabella. I do love talking about the Vancouver Writers Fest because long before I started working for them, that organization represented the very best of what Vancouver arts had to offer. I would always take one week off in October, just so I could go and attend all of the events that week. I’m so happy that I can now work on those events.

I have been in this role of Artistic Director for the past four years, and before that I sat on the Board of Directors for about 15 years. I love the team that we have built together, and it’s always a real team effort to put this festival on. This role of Artistic Director is one that allows me to be a little bit creative and bring in other people to share their ideas, creating and shaping an interesting festival, I hope.

ROOM: If you could share, what is one of the greatest joys and/or successes you’ve experienced in this role over the years?

LH: It’s been a real pleasure to introduce a new guest curator each year. The idea behind that is we invite someone to share in the curation of events, and each year we try to find somebody different who has a new voice, a new perspective, and a new angle on this world that we live in. My greatest joy has been watching each of those individuals share their vision and then have it come to life on the stage. And also, meeting the authors that come out of that collaboration, perhaps people that I haven’t known before or have not read the works of before. That’s been really good.

ROOM: Your personal story is incredibly inspiring. I’m equally curious to hear about how the Vancouver Writers Fest first started. Is there a story to that you are aware of?

LH: It started with a wonderful woman by the name of Alma Lee. She came from Scotland, and knew of the Edinburgh festival there. I think she really shaped our festival around a lot of what she learned there. Alma has been involved in the literary arts for her whole life, starting as one of the founding members of the Writers Union of Canada. When she moved to Vancouver, she saw this need for an organization that would celebrate literary arts in this city. That was back in 1988 – she started it up on Granville Island and that is where it has lived ever since. It’s grown over the years, starting as a three or four day festival, and has now certainly grown into a festival that is offering year round programming. It’s grown and emerged over the past 34 years now, into what it is today.

ROOM: I think we can all agree that the past two years of the pandemic has brought innumerable personal and professional challenges to countless communities, individuals, and organizations. What were some of the initial concerns / obstacles that VFW encountered last year when you put on a fully virtual festival? And what is special about this year’s festival as a hybrid—partly virtual and partly in-person—event?

LH: Like all arts organizations, we had to quickly figure out whether what we had to offer could transfer to the screen, and luckily, with literary arts and conversations, they do transfer nicely to a digital screen. I think we are very fortunate that way. Conversations can be shared digitally. While it did take us a little bit of time to figure out how to do it in the most effective way possible, we were able to pivot to an all-digital festival. We heard from a lot of people how wonderful that was for them, because they were joining for the first time from places outside of Vancouver. We did bring in a lot of new fans of the festival.

Having said that, there is a certain energy that diminishes because of digital events, and we knew that we really wanted to get back to live stages again. When you’re sitting and sharing important conversations and books with other book lovers, you really gather something – you get an energy off them, you learn from them, the authors on stage feel that energy, and there is a symbiotic thing happening that sometimes doesn’t happen on screen. So, this year, when we thought that things were going to be opening up again – back in the early spring we had great hopes – we decided to go ahead with a hybrid festival that would offer a combination of digital and in-person events. That vision has maintained over the past several months, but we’ve had to alter some of it. Of course, things are not how we thought they would be, but we are able to go ahead with a big offering of fully digital events, a really lovely offering of in-person events in theatres that are at fifty percent capacity, and then what we’re calling our hybrid events, that are in a theatre with at least one author on stage, and then perhaps one or two other people that are beaming in virtually for a conversation in front of a live audience.

ROOM:   As someone who started writing in high school and continued partly because I was so inspired by VFW’s events and platforms for young writers, I’d love to hear your perspective on why it is important for large literary organizations to offer an avenue for young and/or emerging writers. What are some ways that VFW has continued to support young writers, and do you have any messages for them?

LH: This is something that we feel very strongly about, and an area of programming that we want to continue to evolve. The festival offers a few things for young and emerging writers – we have a writing contest for kids in high school, encouraging them to write and send their work to us. We also offer a lot of youth events that give kids the opportunity to connect with writers in that way. We have newsletters in which we try to share and showcase the work of young writers. I think our biggest, most empowering set of events are curated by the wonderful Vancouver poet Jillian Christmas. She’s our spoken-word curator, and every year for the past many years she’s been programming events called Word, where she brings some truly amazing emerging young spoken word artists to our stages so they can share their work with teens, and this year with adults as well. We’ve heard time and time again from young writers how impactful those events were for them. It showed them, first of all, that literary readings didn’t need to be quiet things but rather they could be quite enlivened and passionate–almost theatrical. I think that jump-starts some young writers into feeling that writing can be exciting, and writing can express so much more than what they originally thought it could.

I think there is always more work to be done in supporting young writers, and I’m looking forward to evolving that part of the festival more.

ROOM: Alright, a fun one–favourite ice-cream flavour, and favourite book you’ve read in the past year?

LH: I’m so lucky that I live one block from Rain or Shine Ice Cream. I go there twelve months of the year, and I always get their cracked mint flavour–it’s kind of like a Peppermint Patty ice cream flavour–and I love it. That’s my favourite.

In terms of the second question, my favourite book of the past year–I actually can’t answer that, but I can give you a quick rundown of what some of my favourite authors over the past year have been. I am a huge fan of the English author Deborah Levy–I love her memoirs. The latest memoir of hers that came out is definitely one of my favourites. I just finished reading Genki Ferguson’s book, Satellite Love–loved it, I thought it was so good. I also just finished listening to Miriam Toews’ new book, Fright Night, on Libro.fm. I really enjoyed the multigenerational story of these women living together in a household–just beautiful. I think those might be three top picks–but there are a million more.

Leslie Hurtig was born into a house of books and has made her career from various points within Canada’s book industry. She has worked for some of Canada’s best bookstores, acted as a sales representative and publicist for some of North America’s great publishers, and worked as a foreign rights and contracts manager at Raincoast Books. Leslie sat on the Board of Directors for the Vancouver Writers Fest before taking on this role as Artistic Director; a role which she says is her dream job come true.

Isabella Wang is the author of the chapbook, On Forgetting a Language (Baseline Press 2019), and her full-length debut, Pebble Swing (Nightwood Editions, 2021). Among other recognitions, she was most recently shortlisted for Arc’s Poem of the Year award and was the youngest writer to be shortlisted twice for The New Quarterly’s Edna Staebler Essay Contest. Her poetry and prose have appeared in over thirty literary journals and three anthologies. She is an editor at Room magazine.