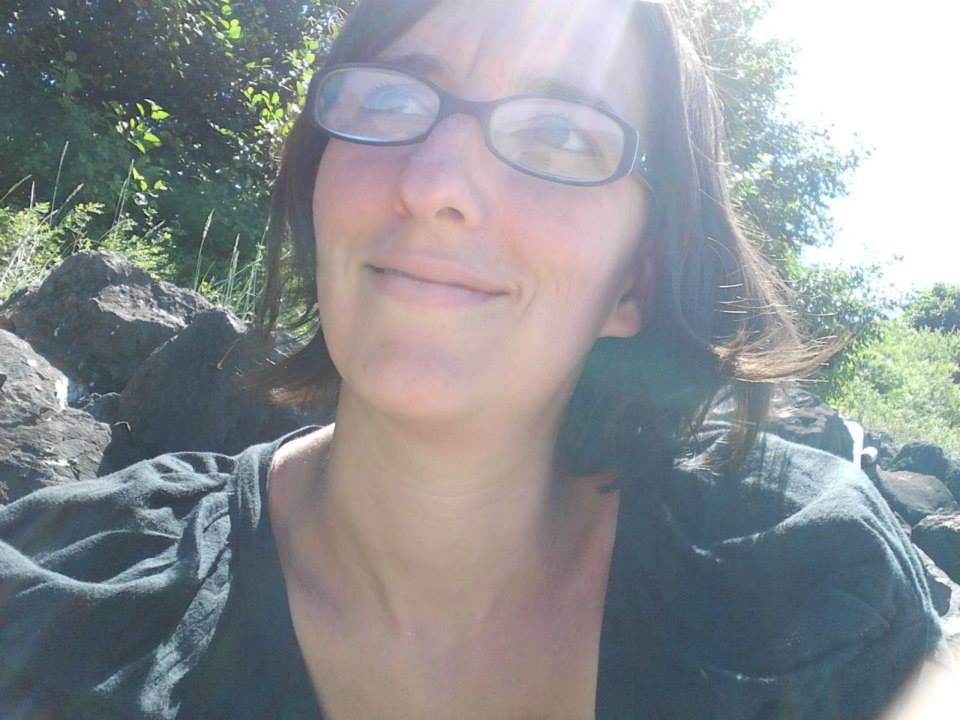 I reached the shallow end and searched across the Olympic-sized pool for my father, allowing myself to hope that he had witnessed my lap. With joyful splashes, my sister and brother performed an endless series of handstands near me. Shouts and whistles bounced off the glass ceiling in a deafening rain. Above it, an oppressive expanse of grey muted the day’s promise.

I scanned the swimmers in the deep end and recognized the back of his shape. He grabbed the edge of the pool and lifted himself up, muscular and confident. My father had swum competitively in high school—or so he said. His dripping body rose upward, salt-and-pepper hair slicked back, and I realized he was greeting someone.

My mother’s best friend, Christine, strolled in. Her curly black mane bounced with her step. On her arm, a tote bag brimmed with towels. She wore red pants rolled up to her shins. From the corner of my eye, I noticed her two boys running toward the shallow end. A schoolgirl smile spilled over her face as she spotted my father.

I was twelve years old, and I excelled at gathering information. I hunted data with fierce desperation because facts were a life preserver in a sea of lies. Facts were an anchor in a perpetual parental storm. That morning, I had observed the impromptu planning of the pool visit as I fished cereal from my breakfast bowl. I had made note of spoken details, catalogued my parents’ body language, analyzed their tone of voice. There had been no mention of Christine meeting us at the pool, and I doubted that my mother knew. She must have been too delighted with this gift of a solitary Saturday morning to question my father’s motives. With a giddy smile, she had zipped our parkas and ushered us into the February drizzle where my father waited in the warming car.

Christine headed toward the water where my father waited, biceps supporting his weight. The pose flattered his middle-aged body. She leaned forward, and he reached up to kiss her. As I stood, shivering in three feet of water, in a universe far removed from theirs across the turquoise waves, I saw my father kissing my mother’s dearest friend. Their lips met softly, with intimate familiarity and no hesitation.

Time skipped like a scratched record. As they pulled away from each other, my eyes replayed the moment over and over again. Their image burnt my retina like a film negative stuck in the projector’s gate, melting with cartoonish distortion. I held my breath and wished the pool waters would rise and swallow me whole.

My father lowered himself and folded his arms across the tiled lip of the pool. His legs flapped in the water. The nonchalance of their fluid rhythm turned my stomach. She crouched, knees together with feminine awareness, so that they could be at eye level with each other. They chatted, flirtatious and comfortable. They looked happy.

My mother had met Christine, a teacher at the local elementary school, when my brother had been assigned to her class years before. Their passionate friendship had been quick to bloom, fuelled by a mutual enthusiasm that seemed to me reckless. My mother gushed about Christine’s wild spirit and irreverent humour. She blossomed as they became close. We discovered her, silly and brash, as if emboldened by attention from a teenage crush.

Our families frequently gathered for casual dinners. My mother must have felt lucky at first. My father could stand spending time with one of her friends for once. He seemed to genuinely enjoy Christine’s company. During those evenings, my mother and Christine’s husband, a gentle oaf, were the quiet ones, bearing the brunt of jokes and exchanging sympathetic smiles on the sidelines.

I often brought a book and hovered near the adults after dinner, while the younger children ran upstairs to play. From behind the bound pages, I spied my father and Christine dancing a coded tango at the table. They teetered on the edge of impropriety, drunk on chemistry and sloppy about hiding it. A brush of her naked arm sidestepped by a brotherly pat on the shoulder. A languishing stare interrupted staccato by a sarcastic comment. I remember a sickening tension, not unlike the stress of watching circus clowns perform an act of acrobatic precision.

Christine was charming and friendly, but I had begun to dislike her with a fiery intensity months before. It was visceral, and I couldn’t quite understand it. My disdain flustered her; I could see it in her eyes when they met mine. I had unmasked her. She thought I knew.

Yet, until that day at the pool, my comprehension of their affair had the blurry quality of a bad dream. The situation was so grotesque in its grown-up blatancy that it felt inaccessible to my naive brain, like a bubble floating just out of reach. Clues surrounded me, fireflies of adult information, at once obvious and intangible. With animal instinct, I knew that Christine was a threat. I dreaded any plans involving her and loathed my father for their connection. But nothing had changed. Life was as it had always been. My mother had noticed their chemistry, but when she had complained to my father on a car ride home from Christine’s house one night, he had mocked her suspicions. The Gypsy Kings CD to which my mother had sung and shimmied from behind the wheel earlier that day now provided a discordant score to their conversation. I heard him laugh and accuse her of paranoia. In the darkness of the backseat, I stayed still between my slumbering siblings. Questioning my father was forbidden, so I did not.

I observed him and Christine as they exchanged amorous smirks at the pool’s edge, oblivious that I had become complicit in their secret. I let my body sink into the water. Dread squeezed my chest in a vise so tightly that I might burst. A million inconsequential pieces of me would vanish into the chlorinated expanse. The weight of the water would absorb my implosion, and I would disappear.

At the bottom of the pool, I let out my breath into a stream of bubbles that rushed to the surface, each of them filled with my anxiety, each of them plump with the secrets I knew I would carry. I dredged up my inner actress. They hadn’t seen me see them. I hadn’t seen anything.

I came up for air. Christine and my father receded into the background, two small figures by the deep end, as the rest of the pool with its myriad swimmers zoomed into loud focus. With a jolt, I tuned in to the clamour of the children around me. My siblings had to remain clueless. I forced a smile as I joined their handstand game.

Later, our fingertips wrinkled like prunes, we headed to the locker rooms. On the women’s side, I skirted Christine’s light-hearted chit-chat and made a beeline to a private changing stall, anxious to shield my prepubescent body and broken heart from view. With each minute that passed since their kiss, denial’s tentacles sank deeper into me. Was I certain? Did I really see it?

We gathered at the exit. My father announced we would give Christine and her boys a ride home. All of us kids squeezed in the two back rows of the minivan, the younger children noisy with glee. My father was in the driver’s seat, and Christine sat across from him—where my mother would. My hair was wet and cold. Stiff winter clothes stuck to my damp body and we all stank of chlorine. I knew the smell would linger for a while.

As my father and Christine buckled their seat belts, they glanced at each other and smiled. I sat miserably close to the stage in this torturous theatre and prayed that I would disintegrate into the tan upholstery of the backseat. He reached over, and his fingers gently grazed her cheek. My heart flinched. This was the caress he used with my mother in moments of affection. A curated balance of possession and tenderness on which I had relied as a beacon of relief when my parents’ relationship seemed volatile. In an instant, that gesture had become fraudulent. He grinned, Christine beamed.

My every hair stood on end as electricity pulsed, screeching, through my body. Years later, when doubts would cloud my memory of their kiss at the end of the pool, the image of his hand brushing the soft skin of her jawline remained etched on the soft tissues of my brain in colours as vivid as an Andy Warhol painting. In the backseat, with a lump in my throat and a rock in the pit of my stomach, I willed myself to become invisible. But to them, I already was.

He turned the ignition. We drove Christine home. As she and her children climbed out of our family car, a numbing veil of normalcy settled over us. Beside me, my brother and sister bickered. My father tuned the radio to sentimental easy favourites. We headed back to my mother through the winter rain, and I thought of my secrets left floating on the surface of the pool.

Jenny Bartoy is a writer and editor living in Tacoma, Washington. She spends her days collaborating with authors to help their stories shine, mothering her three children, and working on her first novel and a memoir. You can find her at www.jennybartoy.com, on Instagram @jbartoywriter, and on Twitter @jbartoy.