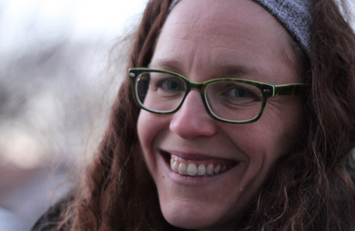 I once kept a tangerine in my purse. I watched it turn leathery, sweet and puckered. Eventually, there was nothing to it at all, just a dried-up husk.

I once kept a tangerine in my purse. I watched it turn leathery, sweet and puckered. Eventually, there was nothing to it at all, just a dried-up husk.

“Life is hard,” says my ex-roommate Jeena, who spells her name that way because that’s the way you say it. She likes to tell it like it is. That’s the drinker’s philosophy.

“Life is wonderful,” says my Auntie Elaine. But she’s either out buying new clothes or she’s getting a pedicure, or maybe she’s talking to her shrink. That’s what she calls him, her shrink. She likes him because he’s been writing her prescriptions for twenty years, and one time he put the moves on her even though he’s married.

My therapist, Joyce, tells me to keep a journal. A drinking diary, really. I have to write down every time I’m going to have a drink, what I’m thinking about, what I’m doing. Then, I’m supposed to anticipate the drink, rate it on a scale of one to ten in terms of how satisfying I believe it will be. Then, after I’ve had it, I get to rate it again. I don’t actually have to complete this exercise to know what the difference will be. I haven’t told her about the tangerine yet. She wouldn’t understand. She’s not that sort of a person. You can tell by the way she keeps her fingernails.

Joyce says, “You’d get a better understanding of your motivations if you had a record of your experiences to refer to. You can’t create the present moment without a sense of continuity.” Joyce folds her hands in her lap and leans forward, nodding in agreement with herself. She’s got two diamond rings on her left ring finger, a big one and a little one. Her fingernails are medium-length, and painted a dusty, fleshy pink.

“I guess this is supposed to help me see how everything in my life is constructed?” I ask. This is the sort of conversation we always have.

“Yes, we all construct ourselves. We are all characters in our own scripts. It’s just that some people are more aware of it than others.”

It’s an expensive conversation, but it keeps me going.

Auntie Elaine takes me out for dinner after my fifth session. I suggest Squirrely’s on Queen Street. They’ve got real traffic lights on the patio and a white Elvis bust at the bar, a paper dove perched on his shoulder.

“This isn’t my kind of place, but we’re here to celebrate your new life, so whatever you want,” she says.

I picked Squirrely’s because it’s comfortable. It’s close to where I live and I don’t feel like an underdressed bum here. Elaine likes something more well-lit and with a better wine selection, but she’s going to want me to split the bill with her later, or else she’ll pay for it, but she’ll keep bringing it up for the next three months that she did.

“You should go blond,” she says. “Put some highlights in your hair or something. Do something with it. You’d look fabulous. It’ll be my treat.”

She’s waiting to hear about how it’s going without the drinks.

“Listen, it’s not the same as having a drinking problem,” I tell her. “Maybe I could see one coming if I kept it up for a few more years. It’s just hard with Wes and everyone else in the house, you know.”

Elaine says she understands and says, “Well, we won’t have anything to drink tonight then. And maybe it’s time to move out.”

“No, it’s fine. I just want to stop drinking, you know what I’m saying.”

When I get home, there’s a message on the machine from Jeena. She’s coming over to pick up her furniture from the damp laundry room in the basement where she’s been storing it ever since Danny broke up with her. She wants me to help move it out to the alleyway, where a guy in a van will pick it up tomorrow afternoon.

You can always tell Danny’s got a new girlfriend when the curtains change in his windows. When he’s living on his own, they’re usually covered in brown paper or tin foil. When Jeena lived here, she put bunchy white ones up that she pinned at the top in ruffles. Jeena hasn’t lived here in over a year. She’s been off doing who knows what, I don’t know, we’ve sort of lost touch since that time she flipped out and broke most of the glass in her apartment. Most of the glass. What she didn’t break was the TV and anything expensive. The police came and took her to St. Joseph’s for a few days, and then she came home. Within a week she had left for someplace else.

Jeena likes to talk about “the bag.” She’s moved around a lot. She says things like, “it’s just me and the bag again,” or, “it’s back to the bag.” Who knows how she got the money for the first and last on the new place. Well, I have an idea. But she usually won’t start talking about that until she’s had a few drinks.

Jeena is still drinking as much as she ever was. She’s drinking even now, in the alleyway, while we’re wiping down her furniture with soapy water and some J-Cloths, waiting for the moving truck to arrive. She’s got vodka and water in a blue plastic cup.

“You look great,” I tell her. She’s got new yellow and blue suede running shoes on and a crisp mustard hooded sweatshirt.

The zipper on my leather jacket is broken, and I press it into my thumb. Maybe I’ve become a snob. I keep it to myself, but I can feel it leaking through my eyes, my voice, even my hands.

Jeena says, “So I met this guy. Well, a man. He’s my boss at the deli I’ve been working at. Well, he owns this whole chain of them. I mean, the guy must be worth millions. Anyway, he’s my boyfriend. He gives me money to buy lingerie. Can you imagine? I buy these fancy things from La Senza and I wait for him in the hotel across the street from his office and he comes by to meet me on breaks. I stay there all day sometimes. He brings all kinds of food for me and wine and every time he comes back I’ve changed into a new set of bra and panties. You wouldn’t believe how much fun it is. He even pays my rent sometimes. He says he’s going to pay for me to go to George Brown College for vocational counselling or something like that.”

I know that later I will tell Joyce about Jeena and Danny and about the new curtains in Danny’s window, and how I could tell what Jeena was thinking as she was looking at them, how she was standing on her tiptoes mmhmming everything I was saying, trying to peek in over those red beaded curtains pinned up over the lower three-quarters of the downstairs windows, and how I felt like a traitor in all kinds of ways. Traitor to be letting Jeena in here, where she’d smashed all the glass a year ago, traitor too to have seemingly taken Danny’s side in all of it. That’s what Jeena thinks anyway. I only acted out of convenience. I live upstairs. I stick with the people that stay.

Jeena tells me my hair looks good. She’s looking at me strangely, smiling as she leans in close and touches my hair. I stand still, waiting. She takes a curl between her fingers, pulling her fingers slowly through it, squinting at it in the bright alleyway. I must look different already, I think, as she squeezes my arm. She squeezes it the way you would squeeze an avocado or a grapefruit, appraisingly, checking for signs of something.

“Thanks,” I say. “I’ve been trying to make some changes.”

“Yeah, still the same, you know,” I say. I reach into my purse and pull out the tangerine. It’s fuzzy now, white with green flecks over soft, damp orange.

“What the fuck,” says Jeena, laughing.

I pictured myself throwing the tangerine down the alley, watching as it travelled up and down the arc of my underhand throw, making a satisfying splat when it hit the pavement. The guy with the van showed up, and I waved at him with it still in my hand. Some of the white and green stuff came off in my palm. When Jeena turned away, I slipped it back into my purse, where it stayed for another two years. Eventually, it withered away to almost nothing. And when I remembered, I quietly threw it away.

Amy Roher holds degrees in English and Education, and studied at the Humber School for Writers. She currently lives in Regina with her partner, children, and too many cats.