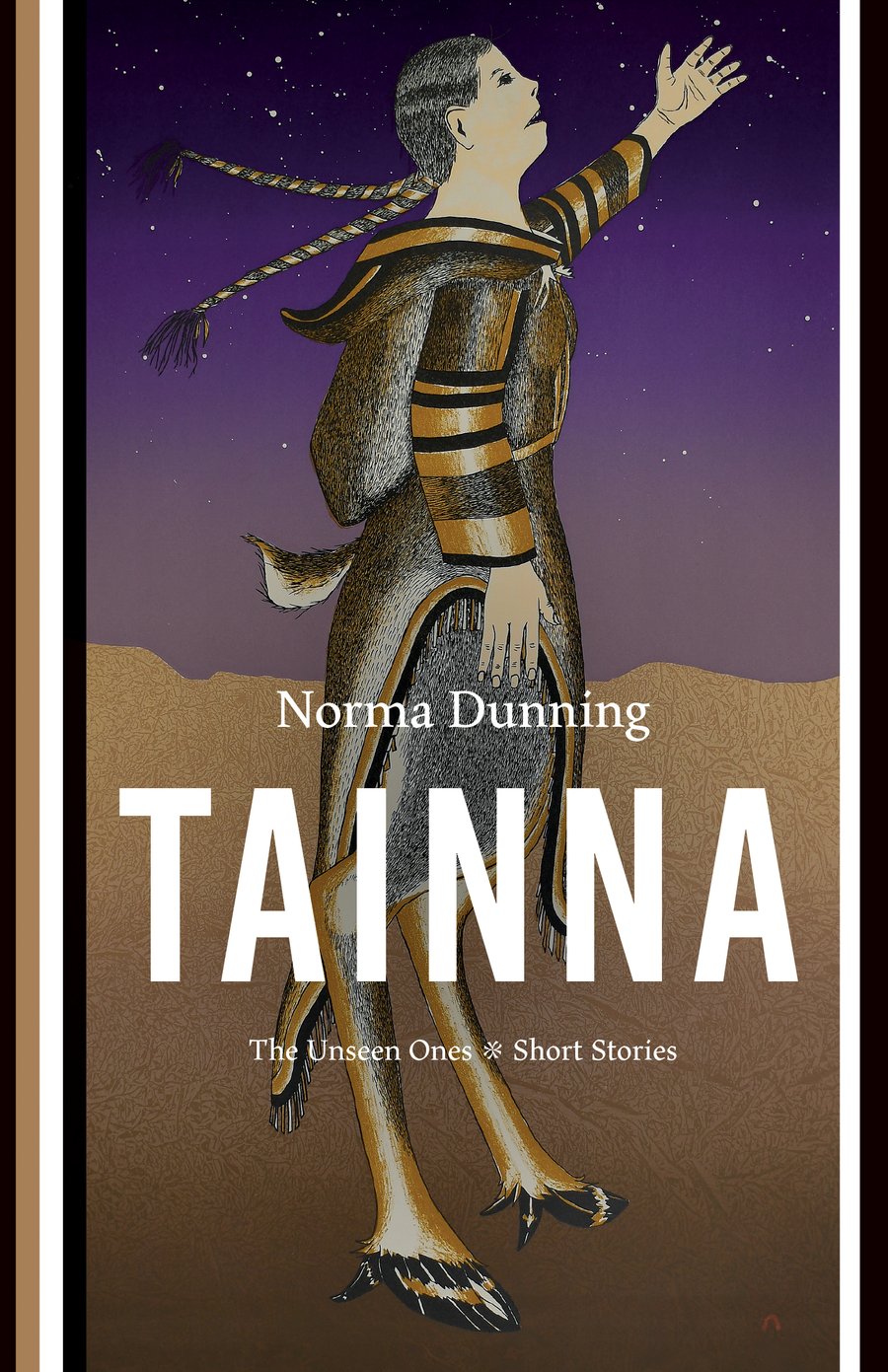 Tainna, pronounced Da-e-nn-a, features five stories that centre Inuk characters living in the Canadian South. Dunning’s tone throughout the book is candid and colloquial. However, since Tainna is a series of short stories, each story uses a slightly different voice, and that’s where we see the elegance in Dunning’s craft as a writer.

From the first story, “Amak,” Dunning creates an immersive world that pulls the reader in. “Amak” introduces two distant sisters in a tumultuous relationship. Within the first few pages, the storyline feels familiar, predictable even. But as it unfolds, Dunning’s use of creative plot development and relevant character backstory draws readers into the distorted relationship between the sisters, making the story raw and profound.

In “These Old Bones,” Annie, a sixty-year-old woman, restarts her life on Vancouver Island after a traumatic assault in the North. Here Dunning explores a sentimental relationship between Annie and an old friend, Johnny, also from the North. Readers become witness to a connection that promotes healing for both Annie and Johnny as they navigate a world much different from the one they both called home. Dunning uses simple but direct language to show the true bond between Johnny and Annie: “She made him think of the good parts of home. The good people. The good food. The way their own laughed easy and hard over almost nothing.”

Interwoven throughout, Dunning introduces unseen characters. In “Kunak,” readers meet Grandpa Chevy, a beloved grandfather who watches over his grandson as he navigates the streets of Edmonton. Dunning takes the reader back and forth between the real experiences felt by Kunak and the protection from the unseen Grandpa Chevy. “Kunak” was a personal favourite because of the way the story eloquently uses multiple points of view help a reader see how one can feel the spirit of their ancestors.

In the final story, “Tainna,” we meet an old man and woman, Kivgalo and Riita. The two walk alongside a young woman named Bunny as she disappears into the night. Dunning pushes an emotional edge, getting the reader to explore the heartache and horrors surrounding Missing & Murdered Indigenous Women. This final story also lifts a veil, bringing an awareness to the deep and often unseen traumas held by many Indigenous women.

Readers will quickly realize that Tainna is a work of real-life fiction. The characters may be fabricated but the stories are undoubtedly ones of many truths. Tainna will break your heart, mend it, and break it again.

Ciana Hamilton is a freelance writer, earth-worker, and herbalist currently residing on the traditional land of the Anishinaabek Peoples (Missisaugas of the Credit/Dish with One Spoon territory). Ciana finds inspiration on topics that include ancestry, earth connection, spiritual healing and current affairs. When she is not working on one of her many projects, you can find her wandering around wildspaces with her partner and two children.