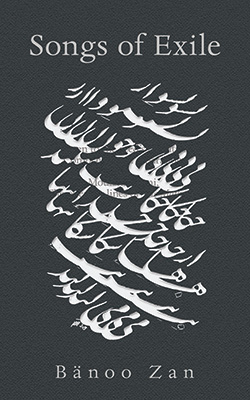 Table Manners is an unsettling and deeply hilarious book of poetry that is best devoured like any good meal—slowly and with intention.

Table Manners, the debut collection of poetry by Toronto writer, editor, and teacher Catriona Wright, is a bold exploration of food, foodism, and food rituals. However, don’t expect it to make you drool with anticipation. The book’s dark and surprising poems are filled with fare that only the most adventurous foodies might crave, including bone marrow donuts, pickled lamb tongues, and antler velvet.

Centred on the primal thrill of eating, Table Manners begins with “Gastronaut,” a poem narrated by a gourmand with a deep fervor for the act of devouring. “I guess it’s as noble and as pointless / and as thrilling and as painful as any other passion,” the narrator writes, the first of many characters with an exaggerated and obsessive interest in food.

Set at dinner parties and wakes, on balconies and in pubs, Table Manners brings readers to expected places; however, Wright’s inventive poems and playful use of language are anything but predictable. For every bowl of bran flakes, Wright serves “slow-roasted unicorn haunch” and introduces readers to “marzipanimaniacs” and “kale apologists.” She forces readers to see food, and the ritualistic act of eating, differently. In one of the collection’s most memorable poems, “Hitler’s Taste Testers,” she abandons the idea of food as nourishment, exposing it instead as a weapon. “We were lab rabbits twitching in our cages,” says the poem’s joyless narrator, a woman who was tasked with vetting Hitler’s vegetables and broth for poison. The young woman was the only one of fifteen taste testers to survive the war.

Laced with Wright’s dark humour, the poems that inhabit Table Manners move easily and quickly from elegance to vulgarity. This unsubtle, yet effective, shift is best exemplified by “Annual Tea Party,” a poem that appears midway through the collection. “Brass, glass, peaches and cream. Raspberries / shimmer on a tarnished pewter platter,” begins the poem delicately, with imagery of stacked cucumber sandwiches and pink-rimmed teacups. Soon after, readers are introduced to a comically crass cast of characters, among them Cousin Mildred who brings the poem to a close when she “projectile vomits with zero finesse.”

Table Manners is an unsettling and deeply hilarious book of poetry that is best devoured like any good meal—slowly and with intention. Rife with hyperbole and razor-sharp wit, Wright’s poems emanate sensuality and desire. Each poem is filled with delicious details collected through careful observation that readers of this collection won’t want to miss.

Jessica Rose’s book reviews have appeared in magazines, including Quill and Quire, Room, Ricepaper, This, and The Humber Literary Review. She sits on the board and committee of gritLIT: Hamilton’s Readers and Writers Festival, is a senior editor at the Hamilton Review of Books, and writes about Canadian literature for Hamilton magazine.