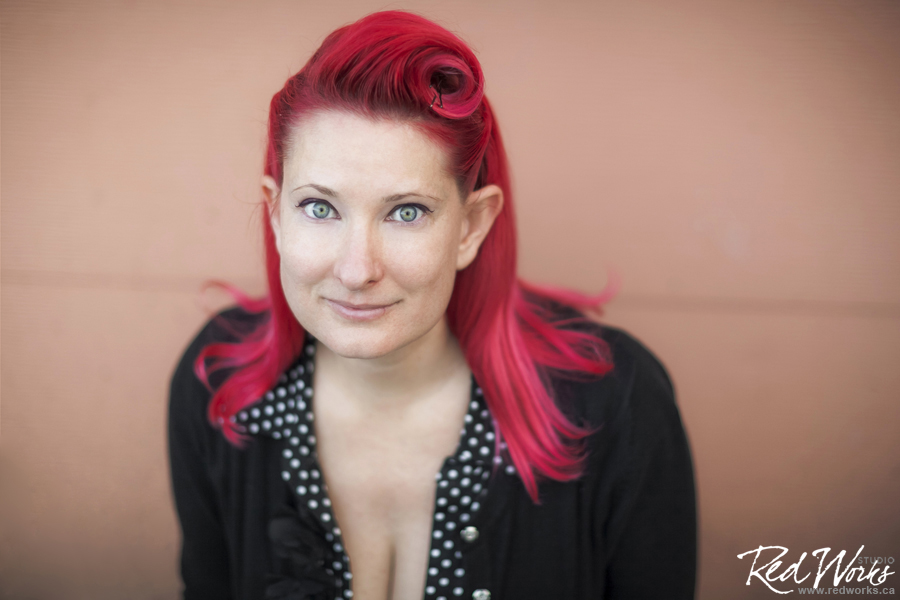 Sierra Skye Gemma on Publishing in Lit Mags: “You don’t need an MFA to be taken seriously as a writer.”

You don’t need an MFA to be taken seriously as a writer. Most of the time, when there’s a writer that you like, you don’t know if they have an MFA or not.

Sierra Skye Gemma is the recipient of a National Magazine Award for Best New Magazine Writer and a National Newspaper Award for Long Feature. Sierra’s non-fiction has been published in The Globe and Mail, The New Quarterly, The Vancouver Sun, Plenitude, the Best Canadian Essays 2013 anthology, and elsewhere. She lives in Vancouver, where she works as the Contest Coordinator for Room magazine.

I had a chance to chat with Sierra Skye Gemma about literary writing contests and her personal essay “The Wrong Way,” which won The New Quarterly’s 2012 Edna Staebler Personal Essay, garnered her the National Magazine Award for Best New Magazine Writer, and was selected for the Best Canadian Essays 2013 anthology.

Rowan McCandless: Your essay “The Wrong Way” meant so much to me during a year buffeted by personal loss. You mentioned that you wrote it for your first creative nonfiction course at the University of British Columbia Creative Writing MFA Program and that your instructor, Andreas Schroeder, had encouraged you to submit the piece to The New Quarterly’s contest. If Professor Schroeder hadn’t given you that encouragement to submit to TNQ’s contest, do you think you would have entered?

Sierra Skye Gemma: I don’t think so. He said, “Definitely, do not submit this to slush piles. Only to contests. This piece is a contest winner. It’s going to win.” Right after that was the launch of TNQ’s Edna Staebler Contest, so he sent the announcement out to everyone, but then encouraged me to submit. And I did. That was the start for me. That was my first big break.

RM: It’s always great when you meet these people along the way—these other writers, mentors, and teachers—who believe in your work and nudge you towards those major milestones.

SSG: I’ve been lucky.  I don’t think that it’s undeserved luck, necessarily. I’ve been a contest reader for two different literary magazines, so I know what’s out there. But I also know luck is not evenly distributed. Some people have access to opportunities. I certainly had access to opportunities that I wouldn’t have had if I didn’t get into the UBC MFA program. I’m also a huge proponent of contests. I think strategic contest entry is important.

SSG: Oh, yeah. That was the summer of Sierra. And then the following spring, or early summer, within three days I found out that I had been nominated for the National Magazine Award for “The Wrong Way,” was long-listed in The House Of Anansi’s Broken Social Scene Story Contest, and won Rhubarb’s Taboo Literary Contest.

RM: Some writers wonder if contests are a good idea. Are contests a good thing to enter?

SSG: I think that contests are a really smart idea. Your odds are actually better in contests when you write nonfiction; it’s much harder in poetry and fiction contests where there’s more competition. With nonfiction, if those contests get 100 entries, they’ll probably have a short list of seven to ten. Those are excellent odds for making the short list, versus the slush pile, which—depending on the magazine—can get well over a hundred pieces over the course of the year. When they’re making decisions about issues, they’re going to publish, at most, one to three pieces of nonfiction per issue. Given those odds, if you are a nonfiction writer, you absolutely should be entering contests that are appropriate to your writing.

Another nice thing about contests is that, almost always, your piece is read by two, three, sometimes four people. It depends on the literary magazine and how they operate. But always, at least two people with different perspectives will be looking at your work and discussing whether this is a piece that should be forwarded to the judge. Because the judge can’t read 100-300 pieces. And also, why should they? A big portion of them is not going to be good, not good at all.

RM: What percentage would you say would fall into that category?

SSG: I’d say at least fifty percent are not good at all and nonfiction contests get way fewer entries than fiction or poetry. Way fewer. By half, sometimes by a third of the entries. So if you’re writing decent nonfiction, you absolutely should be submitting that to contests. And if you write a decent personal essay you should absolutely be submitting to the TNQ personal essay contest because that’s even more specific; whereas the other nonfiction contests are all sub-genres of nonfiction.

I also think there is still this skew in the literary community that privileges masculine stories and masculine forms of storytelling. I once read an interview with a judge for a contest a few years ago. I had this great piece and was going submit, and then I read the interview with this male judge. He talked down about memoir. He was privileging more scientific or journalistic forms of nonfiction. That was just straight-up sexism. He doesn’t realize it. He’s not overtly sexist. But it’s not an accident that he thinks less of memoir and a lot of women are writing memoir.

RM: That memoir is seen as a feminine genre, rather than a genre of nonfiction—period—is so odd. And strange for some to view memoir as lesser than.

SSG: The same way people look down on teaching and nursing as careers. They only think that because they associate those professions with female employees.

SSG: Exactly. Memoir is the pink ghetto of nonfiction. So, obviously, I did not submit to that contest.

RM: Do you think it would be practical for people to research who is judging a contest? What it is that they write? Their particular tastes?

SSG: I always research judges, if I know who they are. Earlier on in my career, I didn’t. The TNQ contest is judged by editors. And when I won that Rhubarb contest, I didn’t know that the judge was Andreas Schroeder.

RM: With your relationship to Room, being the Contest Coordinator and one of the nonfiction readers, as well as having been a former reader for PRISM’s creative nonfiction contest, what sorts of pieces have “it,” and what would you say are some common errors people make when submitting?

SSG: I would say the very best thing that you can have, in my opinion, is a unique voice in the piece. The “literary voice” that many, including myself, slip into with some pieces is not always going to stand out in a nonfiction contest. And one thing that stands out a lot in contests, I think, is humour. It’s so rarely employed. I remember reading a few years ago for PRISM. The piece that won was called “Horse Camp.” It’s a fantastic piece. If you get the chance to read it, please do. It was funny. It was so different from everything else that I just wanted to keep reading. So voice and also pacing are super important. And you have to think about the plot. Writing creative nonfiction doesn’t give you license to tell long, boring stories about your life. Draw in the reader. If you don’t have something exciting to drop within the first two pages, you’ll lose the reader. Give them a reason to keep reading, you know.

RM: We’ve had ongoing conversations in my cohort about MFAs. How necessary are they to being taken seriously as a writer?

SSG: You don’t need an MFA to be taken seriously as a writer. Most of the time, when there’s a writer that you like, you don’t know if they have an MFA or not. That’s not something on your mind. Do you need feedback on your work? Absolutely. But that can come in a variety of ways. Now, an MFA is one way to get feedback, but it’s not the only way. For me, I don’t think I would have become the writer I am today without the MFA. I’ve been so lucky to do an MFA because I needed the time. If you can stop, if you can put real life on pause for a couple of years and you can focus on writing and get feedback and good advice, that’s what makes an MFA valuable. It’s not the piece of paper. Some writers are really determined. They’re the people who get up at 5 am and write before they go to work. Those kinds of people don’t need an MFA. But for me, having deadlines and having to produce was so great. And the connections are valuable. But you can make connections in other ways. If you start going to literary events, you’ll develop those relationships. You don’t need to go to school for them. I think any place, where you can interact with other writers and feel comfortable, can satisfy those needs. What makes you a writer is writing.