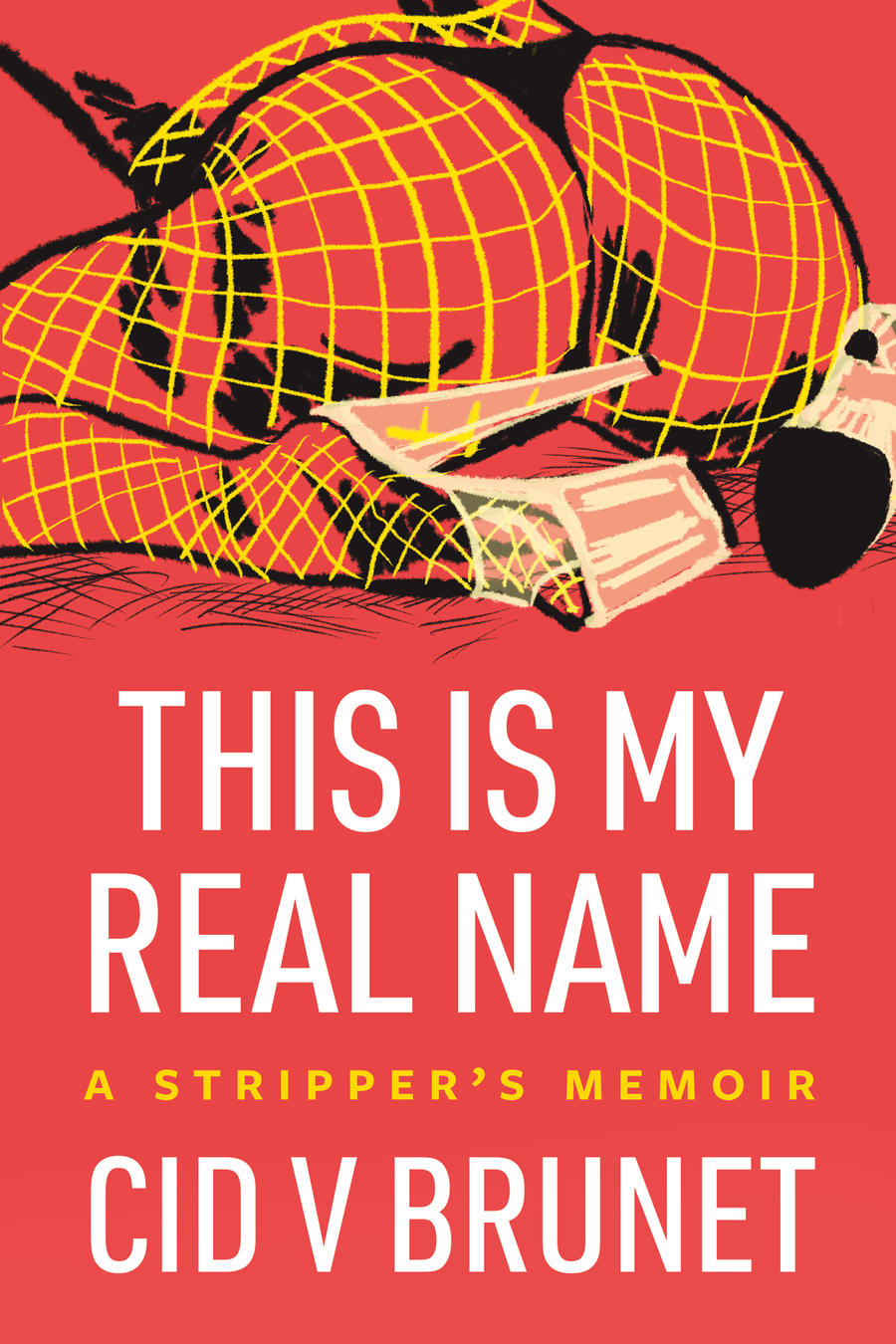 Review of This is My Real Name: A Stripper’s Memoir

Cid V. Brunet’s debut memoir, This Is My Real Name: A Stripper’s Memoir, is a loving, vengeful lament to sex work, based on the ten years Brunet worked as a stripper across Canada under the name Michelle. Anarchist and self-described “queer separatist,” Brunet reconstructs their experiences as Michelle with a precise, devastating eye, offering both the grime and glitter of the industry with the same restrained lyricism.

This Is My Real Name has a surreal, all-absorbing quality to its prose, complete with sharp details and dialogue that is sometimes witty but more often unobtrusively personable. Brunet’s distant, wry voice makes the characters funny and empathetic, hurting and logical, and above all, real. Separated chronologically into collaged vignettes, Real Name makes time stretch and dilate, so even the occasional expository break isn’t enough to pull the reader fully out of Michelle’s experiences.

This immersion is where Real Name works best, mimicking the ephemeral nature of an industry where rules around payment, how to sign in, and how to measure time differ from club to club. “The [sex work] industry is incredibly broad and diverse, with experiences that are not easy to categorize or compare,” writes Brunet. In presenting Michelle’s reactive, in-the-moment view, with sparse retrospection, Brunet encourages the reader to ignore instinctive judgments and depicts as complex a lens on sex work as their experiences can offer. Topics like race and gender non-conformity (and the various intersections therein) are touched on, but don’t feature as prominently as queerness or addiction. Brunet works within the confines of their whiteness to acknowledge the intersectional violence inherent in the sex work industry.

Brunet immerses the reader so deeply into Michelle’s perspective, however, that it later becomes jarring to be held at arm’s length. In the latter half of the book, the gap between vignettes widens to six months. Brunet is straightforward but non-specific about events that transpire outside Michelle’s view. While immediately discomfiting, the choice to clearly delineate what parts of their life are off-limits feels like a rarity in a society so saturated with parasocial marketing.

Overall, This Is My Real Name isn’t trying to teach anyone anything, but rather depict the sex work industry as what it is—complex, hard-to-define, and contradictory. “In love and rage,” reads Brunet’s dedication. There is real love in Real Name, for both cruel customers and kind coworkers, kind customers and cruel coworkers, and there is real rage too, a rage that comes from love, that takes notes, that recounts the entire incident and does not look away.

Moe Kirkpatrick is a queer, trans writer finishing a BFA in Creative Writing at UBC. His work appears in Artemis, R.KV.R.Y. Quarterly, and The Ubyssey. His story, Ode to Andromeda, received Honourable Mention in Dell Magazines’ 2020 Award for Undergraduate Excellence in Science Fiction and Fantasy Writing.