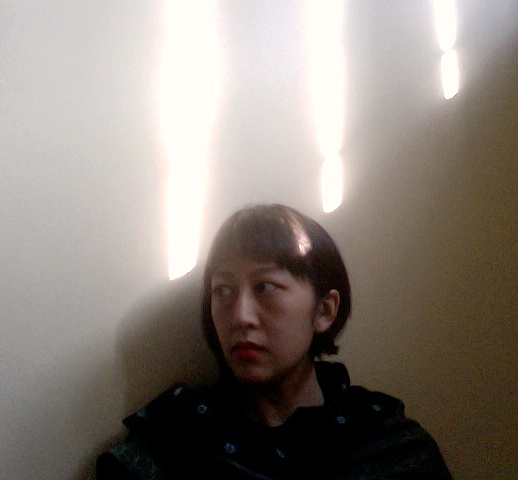 Phoebe Wang on Publishing in Lit Mags: “Read through a few of their issues, submit persistently, tune your intuitive gut-strings, and wait.”

“What if we all stopped the cycle of saying ‘this is who your audience is’?”

Phoebe Wang is a first generation Canadian writer whose work has appeared in Arc Poetry, Canadian Literature, The Globe and Mail, Grain, Malahat Review, Maisonneuve Magazine, Ricepaper Magazine, THIS Magazine, and The Unpublished City. In 2015, she was the winner of the Prism International poetry contest. Her debut book of poetry Admission Requirements was released in March 2017.

Tamara Jong: Phoebe, congrats on your new book of poetry, Admission Requirements, and your most recent publication in The Unpublished City, curated by Dionne Brand. I read in an interview that you finished most of your manuscript for Admission Requirements while working on your MA in Creative Writing in 2012. Did you think that you could have written that book if you weren’t in an MA program? You also said that you compose poems in your mind and use a lot of notebooks before you commit anything to your computer. As a writer did you always have this practice? How do you revise your work and how do you know a piece is complete?

Phoebe Wang: Thank you, Tamara! Yes, I would have written Admission Requirements no matter what. I had been working on the earliest group of poems, the garden poems, since around 2000, and every year or so I added to the list of poems that I owed myself to write. Doing an MA or MFA in Creative Writing is not a requirement for completing a manuscript, but participating in a workshop and regularly giving and receiving feedback on work helped me to dive deeper and more readily into wells that I had only previously skimmed. It was the right time for me to do a writing program and to give myself that permission.

Yes, holding lines in my mind and roughing them out on paper is a practice that came about because of how poetry tends to arrive to me—while walking or listening to university lectures. The poem would branch off from a thought and run parallel to the present and manifest stream of time. I revise when I have a draft of the entirety of the poem, which might take months or years. I do find it difficult to know when a poem is finished but I can tell if it feels all sewn up, like the site of a recent surgery. If it feels invasive or even destructive to go back into it again.

TJ: You won 2nd place for your poem “Penelope Before Marriage” in Grain’s Short Grain with Variations Contest in 2011 that was judged by Jeramy Dodds. Was this the first time you submitted poetry to Grain Magazine? What was it like to work with Grain Magazine and the judge, Jeramy Dodds? Did you have to revise your poem? What advice would you offer to writers who would like to get their work accepted in Grain?

PW: Yes, it was my first time submitting to Grain. At that time, I didn’t submit to magazines that have a regional identity or representation because I believed that literary magazines should reserve space for local writers. I was familiar with Jeramy’s work and although his style and thematic concerns swings a very wide arc from my own, I was excited that he was judging that contest. It seemed easier to be directing a poem to a particular person rather than a blankness, even if that person is a stranger.

Poems awarded for prizes are not revised, except perhaps for typos or errors. Jeramy’s judges’ citation, though, was a wonderful gift. If you want to have a poem accepted with Grain, it’s no different from any other literary magazine. Read through a few of their issues, submit persistently, tune your intuitive gut-strings, and wait.

I try always to keep an openness, a flexibility in receiving feedback with an editor and not to be too precious or rigid in my idea of what a poem should end up as. Especially since there’s always the opportunity to revise it again later for book publication, I like the idea of having a few different versions of a poem out in the world.

One memorable experience was working with John Barton at Malahat on my poem “Invasive Carp.” We went through two rounds on a very slim poem and a few changes resulted in a clarity that was not in the poem before. That’s when I saw the hidden powers of editors—they are like the braces people wear under clothing to make them stand up straighter.

TJ: You organized the sold-out writers’ conference Fuel For Fire: Professional Development for Writers of Colour and you continue to champion diverse issues surrounding publishing. We talked before about needing to work together to address these issues, not just rely on a few voices to do all the work. To have one special POC book or magazine would seem shortsighted and a quick fix. How else can allies show that they are committed to doing this inclusive work? We can support each other by buying POC books and magazines and writing what we want to read but how else can we continue this conversation?

PW: What I would like to see is a radical revisioning of the writing and publishing in Canada so that we aren’t thinking in terms of ‘mainstream’, ‘dominant culture’, ‘minority writing’, ‘margins’, etc, even though I myself still have to use those terms at times. Yes, publishing in Canada needs to be more inclusive but at the same time, POC writers should not wait to be ‘included’ or wait to see signs of commitment from publishers and editors because the wait will erode us. What would happen if POC writers stopped assuming that just because submitting, finding an agent and editor, publishing, etc happened in a certain way that it has to continue to happen this way? What if we all stopped the cycle of saying ‘this is who your audience is’ and ‘this is how your book will be marketed’ and ‘you need to work within the system’, which often means that POC have to adopt coded social rules or literary standards that rarely work to their advantage?

I agree that one issue or one anthology is not nearly enough and often these one-time publications are used to appease underrepresented writers and for an editor or publisher to appear diverse and multicultural. The tone changes if the editor and organizer herself is also of colour, as writers of colour also need those kinds of credits and acknowledgments. Writers of colour should not always be the receiver of the Canadian literary establishments’ largesse and good intentions. We need to be creating spaces for ourselves and by ourselves.