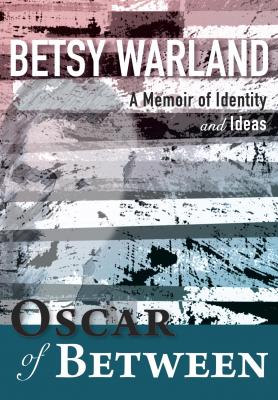 Oscar of Between: A Memoir of Identity and Ideas

Oscar of Between is a dynamic work of startling insight.

Betsy Warland’s latest book, one of the first titles published by Dagger Editions, Caitlin Press’s new imprint for queer women writers, is a cross-genre work of lyrical prose that explores through candid, fragmentary reflections spanning several years and geographical locations, the condition of being a “person of between.” It also, importantly, touches on the experience of being a writer whose work defies conventional categories: “What to do when there is no category? The subterranean connection between category and camouflage, without category understanding askew, even improbable: no box, no camo, no cigar.”

Her contemplations on the masking of identity and its consequences begin with a visit in 2007 to a military camouflage exhibition at London’s Imperial War Museum. The revelatory experience prompts her to examine the pervasive role of camouflage in our everyday lives. Adopting the persona of Oscar, Warland wrestles, at times disjointedly, with the connection between the restrictive categories we impose on ourselves and others—related particularly to gender and sexuality—and the resulting camouflage that obscures our true identity.

Having lived her life to this point “obliged to category and its attendant allegiances . . . at the mercy of its exclusions,” Oscar recognizes the potential harm that results from dividing people according to normative binaries. “Staggering,” she notes, “when you stop to consider the implications of one category of people constantly having to apologize, give way to, another category of people. Apologizing their whole life. Category, camouflage, cruelty: the co-dependent relationship among them.”

Oscar makes clear the cruel and tragic implications of this co-dependent relationship by pointing to the many examples in the recent past of violent acts committed in the name of upholding categories and profiles: the mass shooting of young campers on an island in Norway by the “self-proclaimed Norwegian hero of the war against multiculturalism, feminists and Muslim immigrants”; the murder and dismemberment of gay immigrant student Lin Jun in Montreal; the murders of Asian female students in California by a misogynistic male student. The message inherent in all of these events, and others that Oscar relates, is, “This is it. It’s you or me.” In light of the recent Orlando massacre at a gay nightclub, this message becomes even more poignant and urgent.

Warland covers vast ground, moving swiftly and in a nonlinear fashion from intimate reflections on her most personal relationships, living arrangements, and perspectives on creativity, to matters of broader social and political consequence. A book perhaps without obvious category but not without an important place in Canadian literature, Oscar of Between is a dynamic work of startling insight.

Dana Hansen is a writer, reviewer, and professor in the English Department at Humber College. Her writing has appeared in The Globe and Mail, Literary Review of Canada, Quill & Quire, The Winnipeg Review, The Toronto Review of Books, Australia’s Westerly magazine, and elsewhere. She lives in Waterdown, Ontario.