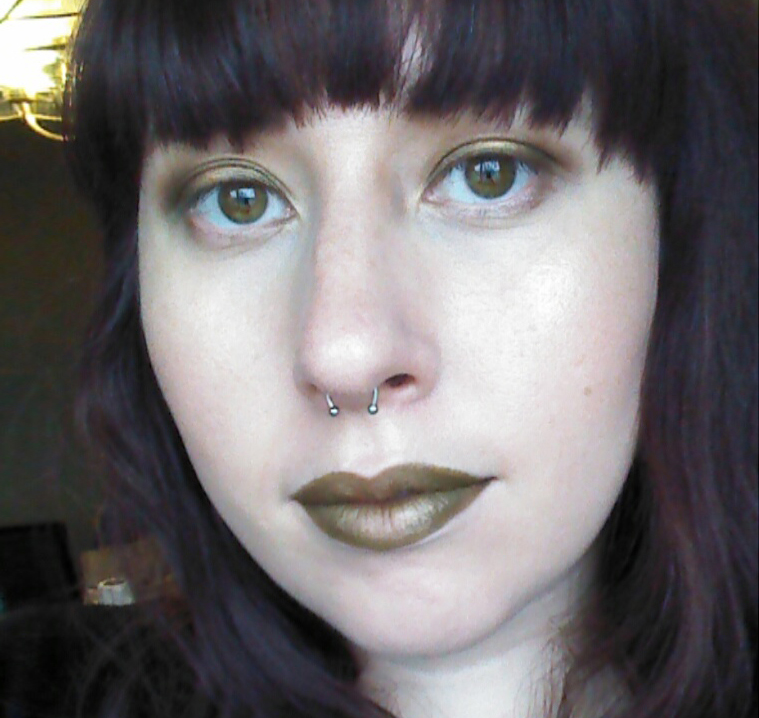 I’ve heard that when you see someone you love your pupils get bigger, as if your eyes themselves want to swallow them up and trap them inside.

I’ve heard that when you see someone you love your pupils get bigger, as if your eyes themselves want to swallow them up and trap them inside. I don’t know if that same physiology applies to seeing objects, but I like to imagine my pupils were huge, hungry black orbs when I first read Leanne Simpson’s Islands of Decolonial Love, gobbling up each of her words as fast as they could. Every sentence felt like a fingertip strumming a neglected chord in my life, creating the most gorgeous music I’d ever heard.

I’d known I wanted to write since I was twelve, but back then I’d never seen a girl like myself in the books I loved so much. I saw white girls—often upper-middle class, often pining after unremarkable white boys. So that’s what I wrote. I wrote my way out of used clothes and Hamburger Helper and parents who screamed in the night. None of my characters ever worried about money. None of them were concerned what their friends would think if they met their Haudenosaunee dad or their white bipolar mother. None of them had a Haudenosaunee dad or white bipolar mother. Things were simple; things were normal. Rich boys and brand names were normal.

Obviously, as I got older, my taste in literature changed. What didn’t change was my suspicion that publishers felt Indigenous girls like me were unworthy of book covers or book deals. Even in university the women we studied were white: Margaret Atwood, Alice Munro, Jane Austen. I admired these women’s work, but they weren’t writing what I needed to read, and this made it hard to believe there was space for what I needed to write.

So imagine my surprise when a fellow writer—a white woman—told me during post-workshop beers that I was going to get published right away “because I was Native.” I knew that there was some talk about the literary community’s need to be more “diverse,” but as far as I knew that was all it was. Talk. I could count the Native writers I knew of with half a hand—none of whom were women, and none of whom were writing about Native women in a way I recognized.

The idea that the colonialism, racism, and sexism—which had systematically kept Indigenous women out of the literary community—could somehow be leveraged through some half-assed literary affirmative action to benefit me as an Indigenous woman was absurd. And yet this white woman believed it with her whole heart. And yet this white woman got into an MFA program and I got rejected from every one I applied to. Perhaps I hadn’t made it clear enough on the application that I was Native. Perhaps I had made it too clear on the application I was Native. It was hard to say.

After that I stopped writing for years. When I would write—between mothering a four-year-old and shifts at my minimum wage job—I scraped all indigeneity out of my work. At least if my fiction read as “white” I’d be sure that any rejections were based on the work itself. I wouldn’t have to field questions about why my characters were Native, or deal with criticisms that they somehow weren’t “Indian enough”—issues that, as far as I could tell, never came up for white writers, for white work.

Then came Islands of Decolonial Love. Everything changed. Reading stories of Indigenous women who had good sex and bad boyfriends, who dealt with both underhanded and overt racism, who spoke their language and loved their families, gave me hope. Here—in these pages—was what I’d been looking for my whole life. Finally, after twenty-five years, I felt like there was space for me to breathe inside the claustrophobic world of CanLit. Reading Simpson’s stories ultimately gave me permission to write my own.

Of course, this realization didn’t change the realities of the publishing industry. I once applied for a short story contest with a piece about the complicated relationship between two Indigenous women and lost to a story written by a white American man that not only appropriated, but outright misrepresented Indigenous ceremonies. His story featured stereotypical drunken, dysfunctional Indians—one of whom offered the protagonist, his white girlfriend, to his brother during Potlatch. His brother accepted and the two went off and had sex in the woods, the rest of the Natives vomiting and partying around them.

Potlatch ceremony had to be held in secret from 1885 – 1951 due to the Canadian government’s ban. There was a raid on the village of Memkumlis in 1921, where forty-five people performing Potlatch were arrested. Twenty of those arrested were sent to prison. I shudder to think of how their grandchildren would react if they read this story, and saw how the powerful ceremony their ancestors fought for was turned into racist, colonial poverty porn. The old questions emerged: Was this, written by a white man in another country, more “Indian” than my own writing as an Indigenous woman? Did this racist portrayal and cultural appropriation of Indigenous people matter if the story was otherwise “good”?

That, for me, is the crucial problem with the push for “diversity” in publishing—something I’ve known my whole life but have only been able to articulate recently. “Diversity” is not about letting those who aren’t white make whatever art matters to them and their communities. If that were the case, it would not have taken me twenty-five years to find Indigenous women represented in a meaningful way in a book.

No, “diversity,” as Tania Canas so succinctly puts it in her article “Diversity is a White Word,” is about making “sense, through the white lens, of difference by creating, curating and demanding palatable definitions of ‘diversity’ but only in relation to what this means in terms of whiteness” (italics added). Essentially, it’s the literary equivalent of “ethnic” restaurants: they please white people because they provide them with “exotic” new flavours—but if they don’t appease white people’s sensitive taste buds they’re not worth a damn.

With “diversity” being such a hot topic lately, I’ve noticed a rise in white people writing from other racial perspectives, such as the man who won the short story contest. I sometimes wonder whether these white writers believe, as my classmate did, that black writers, Indigenous writers, and other writers of colour have an “edge” in the current publishing climate, and as a result, white writers must now make their texts more “diverse” to compete. I will not say that these authors cannot write from an experience they’ve never had. To an extent, all fiction writers write from experiences they’ve never had since the characters they’re writing aren’t real.

What I will say, however, is that there is a marked difference between the way the man who wrote the Potlatch story wrote Indigenous people and the way Leanne Simpson writes Indigenous people. What is that difference? Well, there is this oft-cited notion that you can write from any perspective as long as you write with empathy. I don’t know for sure whether the white man who wrote about the Potlatch felt he was writing with empathy. He may have. He could have no idea why his words were so offensive to me. He could even read this essay and liken my criticism of his work to censorship. That was Lionel Shriver’s much-discussed reaction to her black critics. That’s the knee-jerk reaction many white people have to criticism from marginalized communities.

Writing with empathy is not enough. It never has been. Depictions like these—reactions like these—are proof that there is only so much empathy white people are willing to extend to those who aren’t white. Empathy has its limits—and, contrary to what some may think, it is possible to both have empathy for a person and still hold inherited, unacknowledged racist views about them. How else do you explain Canada’s apology for residential schools and pleas for reconciliation coexisting with Canada’s continued, purposeful underfunding of Indigenous children? How do you explain the national outrage over the murder of fifteen-year-old Tina Fontaine existing at the same time as the national silence over the child welfare system that targeted her as an Indigenous youth and made her so vulnerable in the first place?

To truly write from another experience in an authentic way, you need more than empathy. You need to write with love. That is what I felt when I read Simpson’s stories. That’s what I feel when I read the work of Gwen Benaway, Waubgeshig Rice, Tracey Lindberg, Eden Robinson, Kateri Akiwenzie-Damm, and Cherie Dimaline. That’s what I hope Indigenous people feel when they read my work. Love.

If you can’t write about us with a love for who we are as a people, what we’ve survived, what we’ve accomplished despite all attempts to keep us from doing so; if you can’t look at us as we are and feel your pupils go wide, making all stereotypes feel like a sham, a poor copy, a disgrace—then why are you writing about us at all?

Alicia Elliott is a Tuscarora writer living in Brantford, Ontario. Her writing has been published in The Malahat Review, The New Quarterly, and Grain. Her essay, “A Mind Spread Out on the Ground,” is currently nominated for a National Magazine Award.

A slightly different version of this essay originally appeared in Write magazine, under a different title.