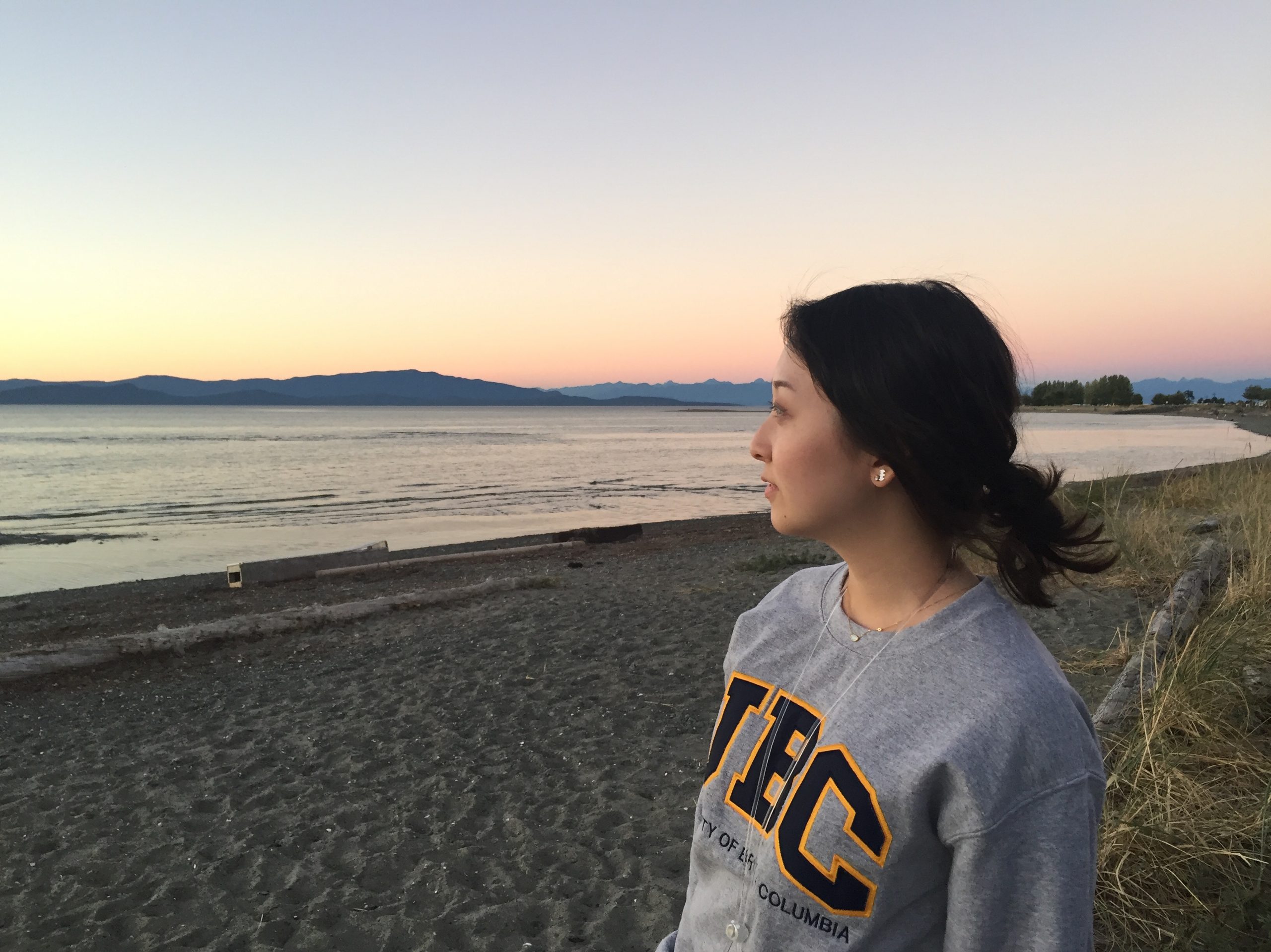 My Name is a Typo

You know you’re ethnic as hell when your own smart devices immediately autocorrect your Korean name. Apparently, according to Apple, Jiyoon is incorrect. Instead, their devices offer a plethora of alternatives; the most notable being Jason, June, Jouoom (this one remains the most mysterious of the bunch), and even Jamie.

You know you’re ethnic as hell when your own smart devices immediately autocorrect your Korean name. Apparently, according to Apple, Jiyoon is incorrect. Instead, their devices offer a plethora of alternatives; the most notable being Jason, June, Jouoom (this one remains the most mysterious of the bunch), and even Jamie.

That last name, Jamie, is the newest addition to Apple’s ever-growing list of ethnic name alternatives. It’s the name to whom one of the editors of my school’s newspaper once addressed their email response regarding my pitch request. To add some context to this scene, this was my first time ever picking up a pitch from the school newspaper’s weekly emails. After two months of nervously going to their weekly meetings, I felt a tiny jolt of courage and decided to act upon it. I had waited a nerve-wracking forty-eight hours for the editor’s response to my pitch request, so I was utterly crestfallen when their reply read:

I felt like I had been punched in the gut. After about thirty seconds, I received a follow-up email in which they half-heartedly apologized on the behalf of their MacBook’s autocorrect.

But this whole autocorrect fiasco isn’t foreign to me. Ever since I began using Microsoft Word, I would see that persistent red squiggle underlining my name, marking it as a spelling mistake, an error, a non-word in the English vocabulary. The first time I encountered this mocking red squiggle was in the third grade, when our class migrated to the school’s computer lab to learn how to use Microsoft Word. I vividly remember the outrage that rippled throughout my very multicultural classroom, all because of this peculiar little squiggle.

My friend Roja frowned at her boxy computer screen. “That’s weird; why does my name have a red underline?” She peered at the boy sitting next to her. “Danny doesn’t have one!”

Murmurs of confusion reverberated throughout the computer lab. I remember then, quickly typing in some of my classmates’ names to test the elusive red squiggle’s function: Carl, Guongli, Jennifer, and Ravneet. Carl and Jennifer passed the test, but Guongli and Ravneet were impounded by that officious squiggle, and marked as errors.

As an eight-year-old first-gen immigrant—who, had thus far been sheltered by an upbringing in a predominantly Asian and Eastern European community—I was furious at this Eurocentricity. It was before I had even learned of the term, Eurocentrism.

How dare Bill Gates betray me like this, I remember thinking as I stewed silently. That was the moment I first asked myself: Who gets to decide which names are “right” and which are “wrong”? And over the years, this question evolved to: why does North American society normalize the Anglicization of its immigrants’ names, if not to encourage abandoning their birth name for the adoption of a “normal,” “easy to pronounce” Western name?

Uzo Aduba of Orange is the New Black fame addresses the problematic nature of name-anglicizing in her interview with Seth Meyers. In the interview, she recalls a moment in grade school when she asked her mother to start calling her “Zoe,” a name that can easily roll off of American tongues; while still somewhat maintaining the primary elements of her real name, Uzoamaka, which tells of her Nigerian tribe’s history as well as predicting her future, but lacks the appeal of pronounceability that “Zoe” had. But her mother, without skipping a beat, responded, “if they can learn to say Tchaikovsky, and Dostoevsky, and Michelangelo, then they can learn to say Uzoamaka.” And so she kept her name, and Zoe Aduba wilted into a failed possibility.

Despite my juvenile fury at Bill Gates and Eurocentrism, I still yearned for an English name. All of the other Korean North Americans
I knew had one: from celebrities like Sandra Oh and Ken Jeong, to my peers in my Korean church community. Their English names allowed them to simultaneously be Minji and Esther—holding their Korean roots close to heart while having good old Esther around to maneuver their Canadian social interactions. The idea of having a Western backup to buffer the otherness of Korean heritage seemed like an agreeable compromise. Yet, when I had asked my parents—who hypocritically named themselves David and Grace—to name me for the second time (“for everyone’s sake,” I had pleaded), they waved the idea away.

I persisted. “Just tell me, what do I look like? A Julia? April? Christina?”

My father barely looked up from his newspaper. “You look like a Jiyoon,” he said simply.

“We didn’t give you an English name because your name is much easier to pronounce than our names,” my mother added defensively. “Jiyoon is a beautiful name.”

In Hanja, Jiyoon supposedly stands for “light” and “wisdom,” but growing up and spending my formative years in an English-speaking country clouded the name’s underlying spirit. Instead, it felt like a compound of mishmashed syllables with the sole purpose to confuse. I had always viewed my name as a colossal inconvenience. I’d never once considered it beautiful.

The autocorrect email incident got me thinking about all of the times I had felt guilty for possessing such a “hard to pronounce” name, with its two syllabic components seemingly alien to the Western tongue. I’ve always dreaded self-introductions, not only because of my inherently shy personality, but because every first interaction can be a torturous and predictable back-and-forth exchange of the other person trying—and repeatedly failing—to grasp my name, and myself meekly attempting to correct them (and also, miraculously, failing) until they make some incoherent garble that I deem to be good enough; mostly to put an end to our mutual suffering. The person then proceeds to never again refer to me by my name, and instead go great lengths to personally tap me on the shoulder or find creative variations of “Hey, you!” This pattern made me feel like some insignificant, nomadic tumbleweed without a palpable personality, so I believed that adopting an English name would mean adopting a meaningful identity as well. Having a pronounceable sound attached to my corporeal existence would activate and validate the individual that stirred within it, and fully flesh out my being so that I could be visible in my Western context.

A viral sketch series by Key & Peele titled “Substitute Teacher” subverts this plight by having a black substitute teacher mispronounce typical white names like Aaron, Bridget, and even Michael. Although it’s hilarious and can easily be overlooked as just another light-hearted comedy sketch, it illuminates the deeper issue of willful ignorance. As Mr. Garvey in the sketch makes clear through his struggle to pronounce the most mundane names, all names are fucking weird when you think about it. We find Tyler and Natalie to be approachable only because they stem from white ideals that are deeply ingrained in today’s society.

That being said, the Niamhs, Siobhans, and the Aoifes of Ireland may share this struggle of having a hard-to-pronounce name; but where Jiyoon and Saoirse diverge is at the culturally embedded norm to simply dismiss non-European names, rather than trying to accustom your tongue to these foreign sounds. The only way to make these dauntingly “ethnic” names, well, not daunting, would be to recognize that the defaults we’ve been conditioned to accept shouldn’t be tolerated norms, and therefore shouldn’t treat these “Other” names as obstacles or drawbacks.

It wasn’t until a summer job last year at a family-owned gelato cafe that I began to embrace my name and don it like a comfortable skin. Three Italian brothers owned the cafe. Although we shared the aforementioned agonizing exchange of names, they were different in that they were firm about trying to get my name right. The majority of employees at their stores were Korean or Japanese, so they made a considerable effort to get everyone’s names right. Ironically, one coworker actually had an English name, Zoe (!), but they encouraged her to revert to her Korean name instead.

Even though it had been fifteen years since I had immigrated to Vancouver, that summer was the first time I experienced such tenacity in getting non-Western names right. If these native Italians can pronounce my Korean name, I thought, then anyone can, and everyone should. Despite my lack of complete control over future introductions, I now recognize that my sole responsibility in this matter lies in standing my ground, and refusing to feel guilty for being too ethnic.

Jiyoon Ha was born in Seoul but raised in Vancouver, B.C., where she continues to write today. She is currently pursuing a BA in English Literature at UBC. Her work has been published in the Ubyssey, as well as Vancouver Arts Colloquium Society’s e-zine, The Colloquium.