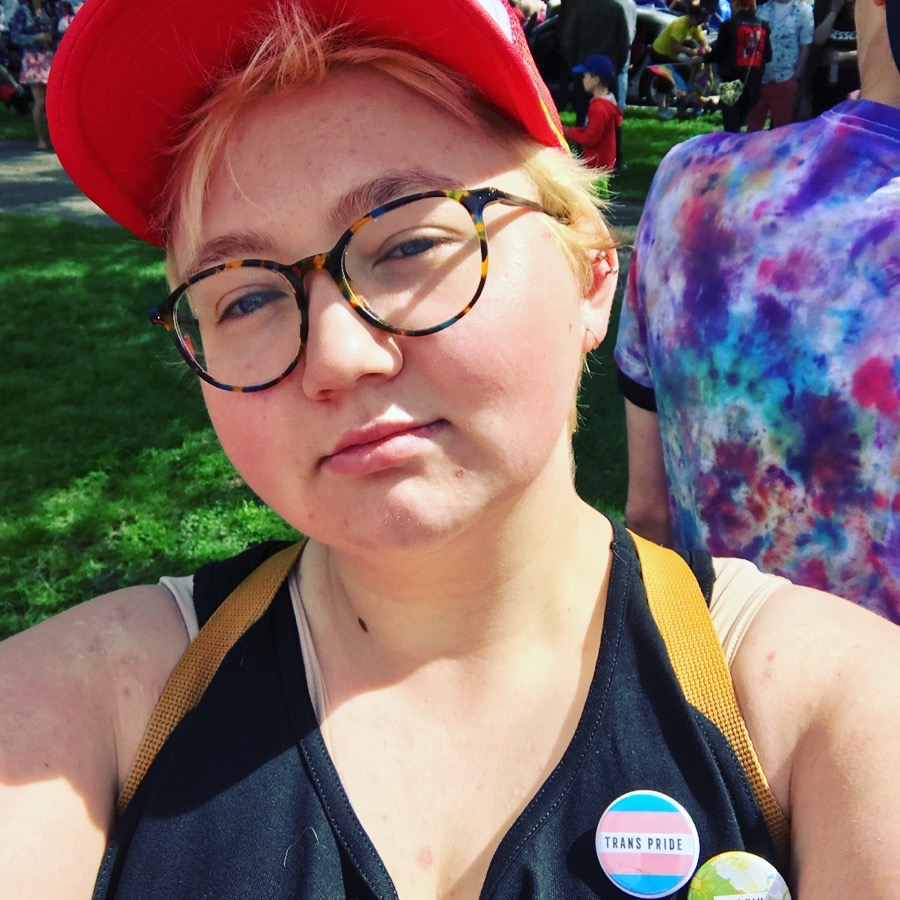 i have seen hell, and i am still here

i wear my trauma

an enamel pin that tells the world

i have seen hell, and i am still here

sometimes i am protected

in the eyes of strangers

in the eyes of cops

at least until they get a little closer

close enough to see my fuzzy chin and painted nails

hear the depth of my voice that cracks and breaks

up close, they can’t quite categorize me

up close, i can feel their confusion

i am hiding myself

hiding the parts of me

i am hiding myself

because i am afraid

there is hatred brewing down south

right next door the bigot is getting braver

now he can preach his gospel outright

instead of posting it anonymously

on internet forums as kekistanincel69

getting praised in centrist think pieces

as the progressive alt-right instead of neo nazi scum

young women who aren’t quite feminists wear their pussy hats

made by children in sweatshops a world away

scoff at incarcerated brown mothers because

why would you bring a child over the border illegally?

and aren’t the kardashians just so talented

kick trans women to the curb for daring to claim

a space in their sisterhood

and yet are allowed to lead the parades founded

on marsha and major and sylvia’s legacies

talented actors and actresses get oscars and emmys

because it’s a challenge to play a transgender character

so why should a transgender actor get the part?

or the sexual predator

or the wannabe rock star who flirts with his underage fans

and sent bullets to viola

so how are we to live then?

when we are stuck between

a rock and a hard place

we grab the rock       stand together

because even if i am afraid that one day

someone’s confusion-turned-hatred will get me killed

to build a safer space

for the ones who don’t have one yet

I am a proud transgender man. I am also white. I am still learning how my privilege and transness intersect, and how to use my privilege to uplift other voices while keeping myself safe from transphobic bigotry. This poem is influenced directly by my interactions with people online, including bigots who are given platforms under the guise of free speech, racist and transphobic feminist circles, and cisgender actors who are praised for playing transgender roles onscreen. This is a call to action to white people to unlearn our prejudices and work towards a more kind and safe future, to channel fury into something beneficial, and to uplift minority voices in the face of adversity.

Jude Hayes is an amateur poet (for now) working towards reworking and republishing his first collection of poetry, the first edition of which was removed from Amazon in solidarity with the worker’s strikes. Currently studying for an undergraduate degree in Women and Gender Studies at the University of Winnipeg, he has a passion for academic writing and social justice campaigns. His creative and academic writing focuses on intersections of identity and privilege, anti-capitalist sentiments, and representation of queerness in popular media.