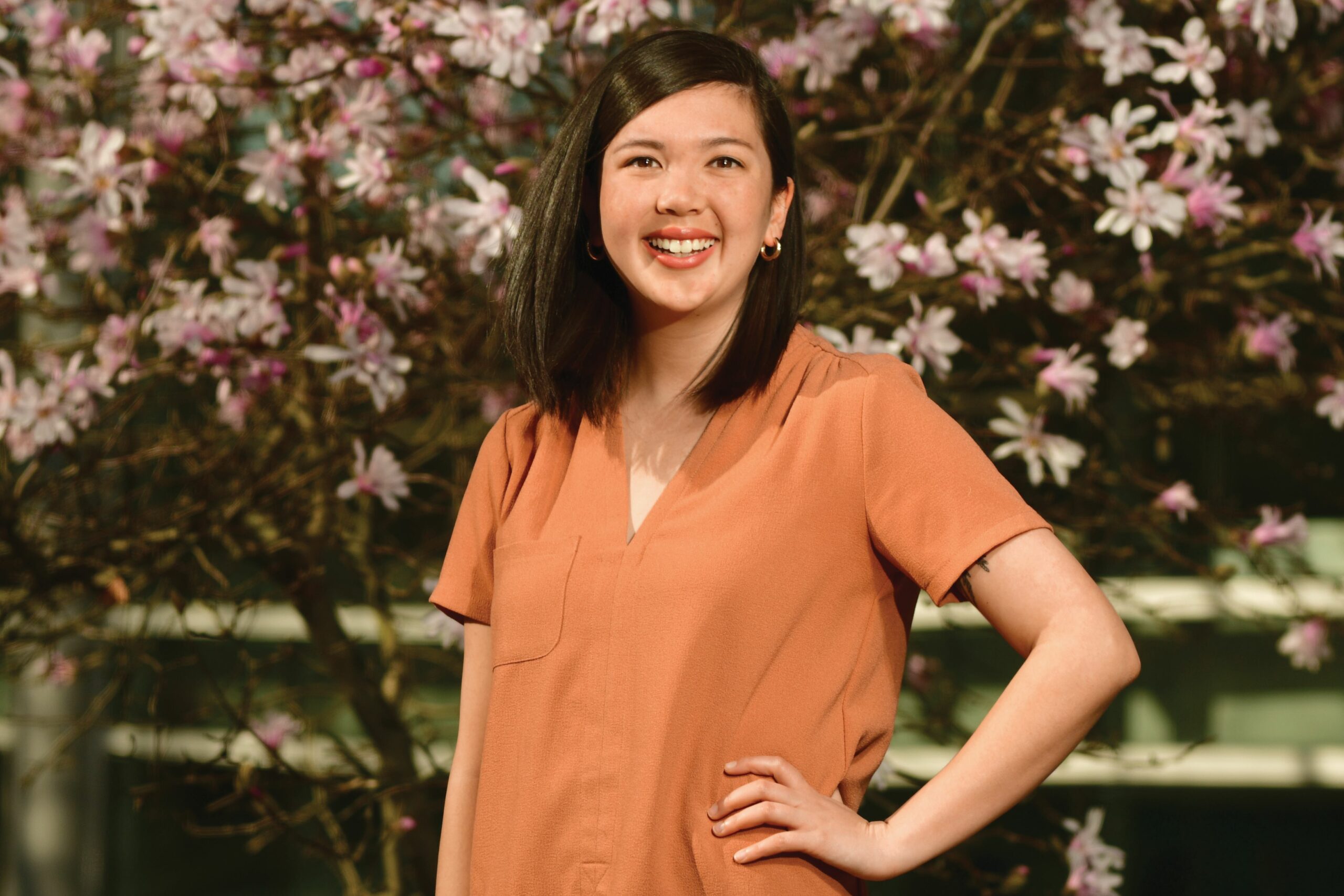 Love Letter to a Vancouver Special

We are an unlikely couple. Me, twenty-three and adrift. The House, so planted in the earth, its walls sagging from decades of rain.

When I move in, I worry I’ll find ghosts: not only the spirits of my ngin-ngin and yeh-yeh, but the spectres of other things lost to time. A faded Sailor Moon umbrella, echoes of Sunday evening dinners, flattened patches of grass from the summer I tried to learn how to cartwheel in the front yard. Quiet and benevolent phantoms, but hauntings nonetheless.

I arrive, suitcase in hand, in a moment of necessity. There are four, maybe five bottles of pills zipped into the top flap of my bag, chalky hexagons for seizures and smooth ovoids to stabilize my mood. I am on an extended sick leave from work and too broke to pay Vancouver rent. I am healing-but-not-healed from my immune system’s sudden attack on my brain—the neurological equivalent, I imagine, of a tiny, cataclysmic lightning storm in my skull, fizzing out my ability to properly sleep, speak, remember.

The House isn’t the only one that’s haunted.

Like many Chinese immigrants who arrived in the city in the 1960s, my grandparents wrapped their Canadian dream up in a two-storey behemoth called a Vancouver Special. Brick siding on the first floor, too many bedrooms.

Despite the surplus square footage, my ngin-ngin and yeh-yeh were empty-nesters by the time they moved in. They sold the café where they served chow mein alongside fried liver and onions, used the profits to buy a plot of land in East Van, and built their oversized dream home.

Even in retirement, they woke up at 6 a.m. and ate rice porridge for breakfast. My grandmother exercised every morning, taking a tour around the block that she called her “walk-along”—both a verb and a noun. She shopped at T&T a few blocks away, sewed matching dresses in clashing patterns for my sister and me, and chopped crisp Chinese pears for us, the texture of jicama.

My grandfather manicured the hedges, mowed the lawn, and planted borders of roses and chrysanthemums. Behind The House, he tilled neat rows where, come late summer, beanstalks sprung like unbound curls and zucchinis grew swollen and heavy.

For years, a glossy photo of an enormous zucchini took up prime real estate on the fridge door, pinned up beside school portraits and vacation shots of my sister and cousins and me through the years. The photo was so prominent it became an inside joke between my father and me. There I am at graduation, we’d note when we visited. There are my cousins at Disneyland. And, to the right, my grandparents’ favourite grandchild: the zucchini.

At first, being in The House is like living in a museum. Everything is still there. Jars of musty Chinese medicine teeter in cupboards, and drawers overflow with wooden chopsticks. My grandmother’s curlers. My grandfather’s belt. There are less tangible artifacts, too. Snippets of long-ago conversations between my ngin-ngin and yeh-yeh, and the impossible-to-place smell in the downstairs pantry.

I feel like I am seven years old, sneaking up the stairs to spy on my grandparents in the flickering light of their Chinese soap operas. I am an intruder, peering into another life. Except my grandmother isn’t there to scold, “aiyah!” when she spies me, mouth agape, as I sneak glimpses of gory swordplay scenes. And my grandfather isn’t there to send me off with shelled peanuts to crack open with my molars.

I want to feel twenty-three and un-haunted, so I decide to clean. I empty the fridge, scraping the fuzzy remains of oranges out of the crisper and wiping the sticky dark rings where bottles of oyster sauce sat for years. I fill black garbage bags with old tubes of toothpaste and ancient flyers, and stuff bleach-soaked cotton balls into mouldy corners.

I spend days scrubbing and purging, trying to vinegar-and-lemon-juice the past out of the aging countertops, the toaster oven, and myself. The more time I spend cleaning, the less time I have to count the number of months since I was last able to work, to wonder if my brain will ever fully heal, to remember the way the restraints on the hospital bed cut into my ankles and wrists.

But as summer deepens, my cleaning frenzy slows. I put down my sponge. It is too hot and The House is too big and too full.

Under my watch, weeds overtake the yard. The thought of wasting perfectly good drinking water on a lawn feels absurd, so I let the August sun bake everything golden. Seeds from the neighbour’s foxgloves blow over the fence and overrun my grandfather’s vegetable plots, their purple bells scooping the sky above my head.

I decide to try living with the ghosts for at least a little longer.

The last time I remember seeing my grandfather, we took him for a haircut.

I was already sick at the time, though the psychiatrists and neurologists didn’t have a name for it yet. My grandfather wasn’t well either. Not because of a rare autoimmune disease, just because of the ways old age frays at the edges of bodies and minds.

Since my grandmother’s death a few years earlier, my father, aunt, and uncle had taken turns checking in on my yeh-yeh. When we arrived on the day of the haircut, my dad and I brought prepared food from T&T, swaddled in too many layers of cling wrap. I set the takeout on the counter while my dad waded through a pile of mail on the table, sorting the important from the junk. Every once in a while my dad asked a question and my grandfather nodded his head and responded in short, low, bursts of Taishanese, a language I couldn’t understand.

We walked to a nearby hair salon, a cramped hole in the wall with a hairdresser who could speak to my grandfather in his language. It was hot out, but my grandfather wore long pants, long sleeves, and a vest. He moved slowly. My dad cracked a joke in English about him having so little hair that a cut seemed unnecessary, but my sense of humour—along with most of my personality—was gone by then, wiped out along with my ability to read more than a paragraph or sleep through the night.

I watched the hairdresser shear wisps of white hair from my grandfather’s head, tufts so thin they had an almost translucent quality. There was something self-contained and intimate about the moment. With its fake wood floors and faded photos of models sporting haircuts that hadn’t been fashionable in decades, the salon seemed frozen in time. And, for a moment, so were we.

My father paid for the haircut with a twenty-dollar bill. The hairdresser handed him five dollars back.

As we exited, I held my arm out to my yeh-yeh. He took it, fragile hand wound tight around my arm, and we stepped back into the world.

As summer rounds into fall, I know I need to take another step back into the world.

I return to work. Every morning, I take the number 16 bus through the steaming tangle of Vancouver’s Downtown Eastside. I sit at a desk on the third storey and try to write press releases about pipelines and orcas. The words come more easily on some days than others.

At night, I make chili and boil carrot peels and onion skins for soup broth. I borrow

my grandmother’s wok to dry-fry green beans and eat them huddled under blankets in the living room, reading Americanah and Norwegian Wood.

Sometimes, my ghosts join me. We sit on the couch and watch the rain outside the window.

For seven months, I hibernate and heal. Until the damp, earthy smell of mothballs and dried ginger begins to feel like home. Until I stop feeling too small for The House and all its stories. Until I am as substantial and realized as my grandparents’ Canadian dream—a Vancouver Special, too many bedrooms.

Outside, the rain falls.

Spring arrives in a shower of cherry blossom petals, pastes them to wet sidewalks and smears them, thickly, under car tires. The weeds in the front yard stir overnight, shooting up green and sudden, my grandfather’s daffodils hidden among them.

I put on flip-flops and celebrate my one-year anniversary of being in The House in the backyard, facing the North Shore Mountains.

I find a rusty rake in the garage and scrape uneven lines into the soil where my grandfather used to plant his vegetables. Then I pour a packet of wildflower seeds into my palm, what I hope will grow into indigo cornflowers and poppies with linen petals.

I press them, one by one, into the soil my yeh-yeh worked so hard to till, thinking, this is a good place to take root.

Emily Chan is a writer, earl grey tea drinker and an Anti-NMDA Receptor Encephalitis survivor. She lives and studies on the territories of the W̱SÁNEĆ and lək̓ʷəŋən peoples with her partner and elderly cat. Emily’s creative non-fiction centres on illness, healing and the idea of home.