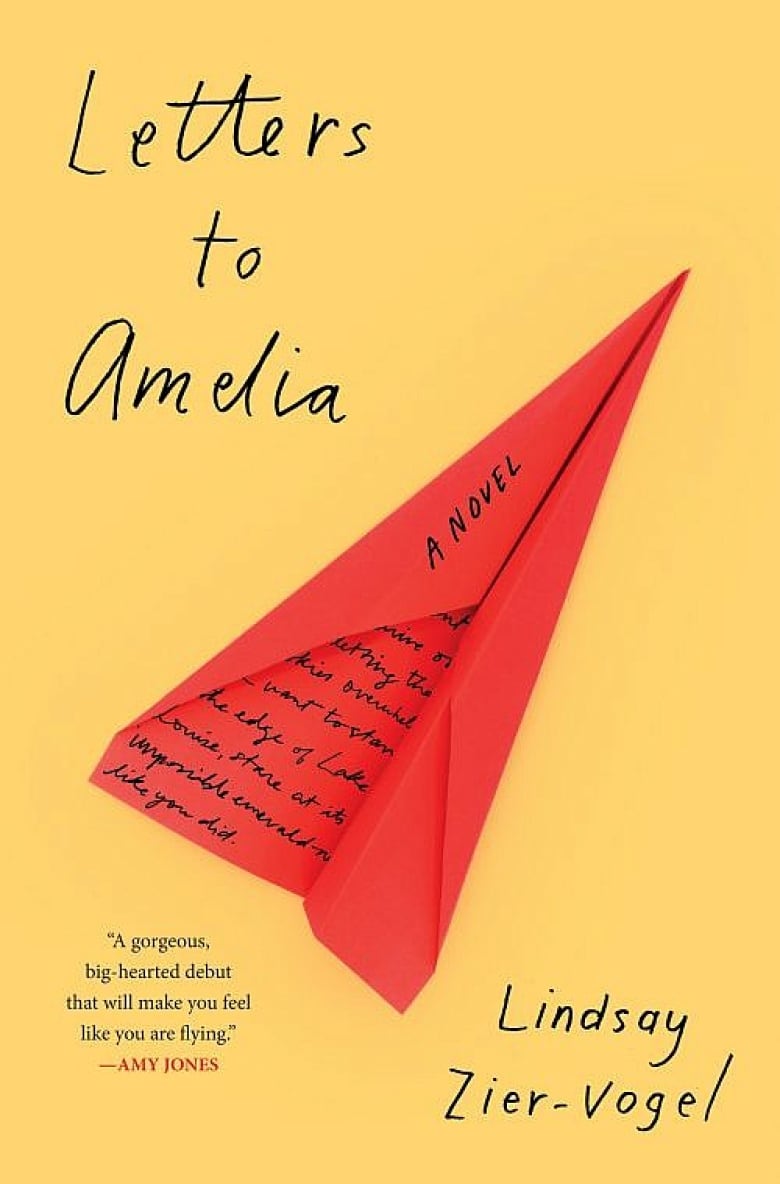 In the respective epistolary novels The Color Purple and The Quintland Sisters, authors Alice Walker and Vancouver native Shelley Wood enlivened a genre that many literary scholars had dismissed as anachronistic. Both works probed the exploitation of girls within their families and in greater society.

Now comes Toronto author Lindsay Zier-Vogel with a debut novel with similar themes and tells the story of Grace Porter, a jilted library technician inspired by correspondence between aviator Amelia Earhart and her supposed paramour, Gene Vidal, a former pilot. Earhart and Vidal reportedly first became acquainted in the late 1920s. Both were married at the time “but there were rumours they were lovers from when they met until her disappearance,” the author writes, noting that Grace has been tasked with summarizing their correspondence for her job. “Based on these letters it looks like the rumours were true.”

Zier-Vogel’s writing transcends the boundaries of time while remaining firmly rooted in the Canadian cultural landscape. After being dumped by her boyfriend, a heartbroken Grace travels solo to Newfoundland where the couple had planned to celebrate their seventh anniversary. There, while marvelling at the colourful “jellybean” houses in St. John’s, she reflects on the province’s tomato soup, lamb stew, and the handcrafted rag rugs that Earhart had allegedly mentioned in a letter to Vidal, effectively blurring the lines between past and present.

Parallel with Amelia and Gene’s supposed romance, Grace also begins to “deconstruct” her own ill-fated relationship. In a series of steps likely to resonate with anyone who has gone through their own heartbreak, “[she] sits at the end of the bed so she can see a glimpse of the ocean . . . She feels pathetic, then feels rage or grief . . . She opens her email, half-hoping to see something from Jamie, but there’s nothing.”

Throughout the story, Zier-Vogel keeps her protagonist facing forward while leaning on the past for strength. When Grace herself becomes pregnant, her immersion in the legendary pilot’s triumphs and tragedy continues to influence her as she ponders the pros and cons of motherhood. As she writes the pilot in an imaginary letter, “You didn’t want a baby because you had plans and dreams . . . a baby would’ve kept you from your life, I get that. But would a baby keep me from my life?” At a time when multitudes of women of child-bearing age grapple with the career vs. family conundrum, Zier-Vogel’s smart and fast-paced narrative is especially timely, as the themes of women struggling to ‘do it all’ remain ever-relevant.

As did Walker and Wood, Zier-Vogel has delivered an impressive epistolary novel that shows how women can take flight and overcome their exploitation despite the socio-cultural obstacles that have historically kept them grounded.