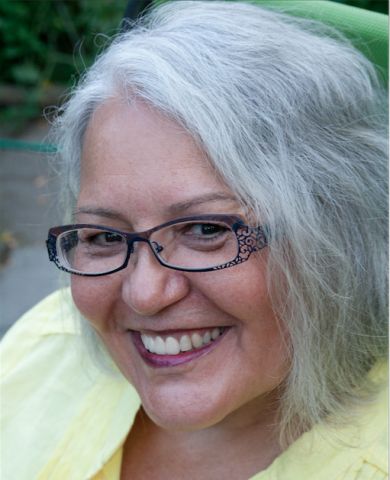 Our top website post this year, by far, was a list produced by our editorial board member Jónína Kirton of fourteen Aboriginal women writers she wanted to share with our web readers. The list caught on and was shared virally by major media figures, writers and literature lovers near and far. It’s well past the summer, but people continue to share and read the list daily—of course the writers on this list can be read in any season.

When did you write 14 Aboriginal Women Writers to Read this Summer?

How did you pick the writers?

This was not an easy task. There are so many great Aboriginal women writers to choose from. I have met most of the women I selected. They all have had an impact on, not only my writing life, but also my life as a Métis woman. I wanted to highlight a variety of genres so included Sandy Scofield who is a singer/songwriter and Marie Clement, a playwright, as these are two writing genres that we do not hear as much about, yet are so important. I also gave some thought to where they were from and/or lived, plus attempted to offer a number of different Nations hoping to stretch across Canada. I also wanted to include a few emerging or lesser known writers.

You wove your personal experiences with each author into this article. Why was that important to you?

I tried to write from a distance and found that did not work for me. As soon as I began to write from a more personal perspective the words flew onto the page like a bird that had just been set free. At first I was nervous, but then I realized this is more in keeping with our way. We are all about relationships. I wanted to hold these women up and to honour them with my personal stories of how they had impacted my life, and no doubt the lives of countless others. This solved the “what order to put them in” problem, as it became a story that began with my first thoughts about being a writer, the gift of the anthology that included Marilyn Dumont and Louise Bernice Halfe and ended with the generous referral by Marie Clement to my current publisher. It is essentially storytelling… one with a subtle, but important message, as all good stories must have.

New writers need mentors, good examples of not only how to write but also how to live a writing life. Each of these women has inspired me to stay with my writing, to take risks, and to write from a place that is true to my ancestry. They have educated me about so much more than just writing. They have welcomed me into their literary community. I have a deep respect for each of them. I hoped to showcase that they are contemporary, relevant and fluid women writers that are shaping the landscape of Indigenous writing. I wanted to hold them close, as close as I could, given my limited interactions with some of them. I am so aware that I may be sixty, but I am a relative newcomer and these women, whatever their age, are my writing elders. You could say this was my metaphorical offering of tobacco to them for their teachings.

The post is by far our top online item of the year; it’s still being shared on social media by people all over the world. Were you surprised that this list went viral?

I was blown over by the response. I was very pleased and sincerely hoped that this interest has resulted in book/cd sales and offers for a variety of writing gigs for all featured.

What do you think its popularity says about people’s interest in Aboriginal women artists?

I hope it means that things are changing out there and that all Aboriginal women will get more respect in the world. I do feel that the Truth and Reconciliation process has placed Aboriginal issues at the front of many Canadians minds. This may have been a factor in the interest, but I also feel that it is because we are a force to be reckoned with. Many of us are fierce truth tellers, record keepers and story-tellers who are moving from our ancestor’s tradition of oral storytelling into a closer relationship with the pen and paper, books and the writing world. Our circle is expanding…

It is worth mentioning that Louis Riel said, “My people will sleep for a hundred years, but when they awake, it will be the artist that will give them their spirit back”. It really feels as if this is happening.

What do you hope people learned from reading the article?

I hope that they were introduced to a few new writers and reminded of the accomplishments of those who have been around for a while. I also hoped that people would see the value of mentorship and that, as Aboriginal women writers, we need Aboriginal editors and teachers. Funding for such things is critical. Emerging Aboriginal women writers need exposure not only to the work of the more experienced Aboriginal writers, but also to the women themselves. We often speak of the need to decolonize. As one who was denied their culture growing up, I needed to read their stories, to hear their words, listen to their music, and watch their plays. I have learned so much from each of these women. They have taught me about my own culture, about how to be in right relationship with the Indigenous community and this surprisingly has helped me to find my place, to feel secure in the larger writing world. They have shown me and the world that we are not stuck in the past, but rather that we honour the past, our ancestors and, at the same time, we are current and forward thinking.

Just today I was reading Marilyn Dumont’s most recent book, The Pemmican Eaters, and was moved to tears more than once. As I read her words I felt my whole body relax and an even deeper sense of pride in my ancestry. Her letter to John A McDonald ended with …and it’s funny we’re still here and callin ourselves halfbreed. Yes, we are still here.

You had recently joined Room’s editorial collective when this piece went up, meaning you started with a bang! What other feats would you like to achieve with Room next year?

I recently had the chance to interview Amy Friend and it was an incredible experience. I hope to do more of this. I have never told anyone that it has been a dream of mine to be a TV talk show host so maybe a little interviewing via podcasts is in my future.

It is my desire to attend the Aboriginal Editors Circle next summer so that I can become a better editor and bring the Indigenous perspective to my work as an editor. I am interested in using my social media savvy to bring more attention to the work that we are doing and to get more subscribers. Perhaps host a few twitter chats.