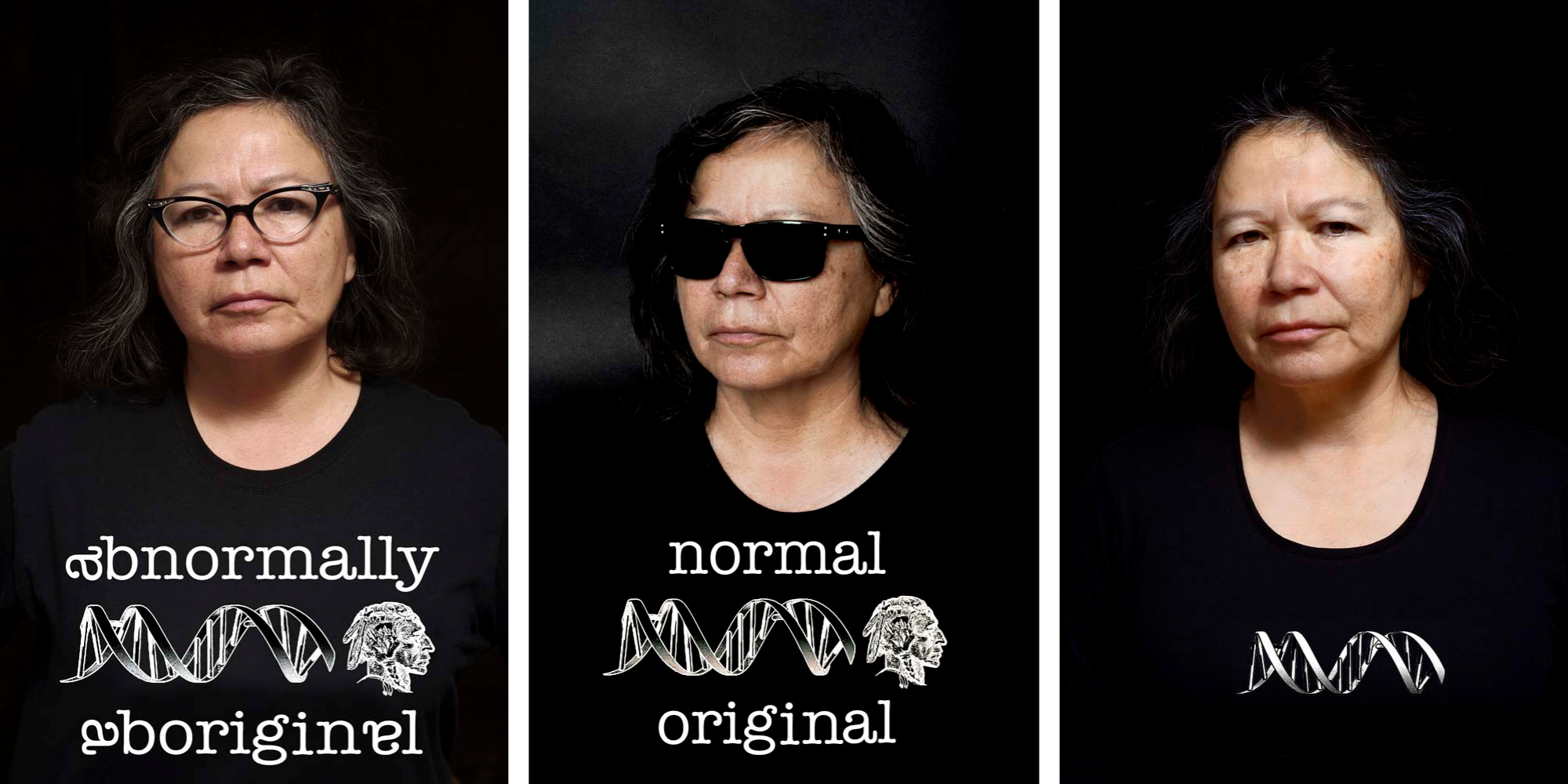 Shelley Niro is a multi-disciplinary artist, and a member of the Six Nations Reserve, Turtle Clan, Bay of Quinte Mohawk. Known for her photographs that centre herself and female family members, Niro’s work consistently challenges the stereotypes and clichés of what it means to be an Indigenous woman. Niro has received considerable attention for her work in film, and you might know her from her short film The Shirt, which was presented at the 2003 Venice Biennale, the 2004 Sundance Film Festival in Park City, Utah, and was featured at the Art Gallery of Ontario and the National Gallery of Canada, in Ottawa. You can find more of Niro’s work at her website.

Ahead of our exciting Cover Art contest, one of our collective members, Ellen Chang-Richardson, had the opportunity to chat with Shelley Niro about environmental stewardship, Niro’s films and multimedia art, and what she might be looking for in this year’s Cover Art contest. This interview was conducted via e-mail.

ROOM: You are a beautiful filmmaker as well as a multimedia artist. Your most recent film is The Incredible 25th Year of MITZI BEARCLAW (2019), a joyful contribution to Indigenous communities across Canada, and I want to bring everyone’s attention to it. Tell us a bit more about the journey behind conceiving and creating the film?

Shelley Niro: Thank you for asking about THE INCREDIBLE 25th YEAR OF MITZI BEARCLAW.  I started to conceive the idea behind Mitzi in 2005.  I wanted to make a film that families could watch, something everyone could relate to and have a laugh now and then.  Of course I didn’t work on it all at once but I would work on it, put it away and then bring it out again.  I had help with Ken Chubb and his wife Shirley Barrie.  They were supportive and kept the momentum going.  Producer Amos Adetuyi came on board and brought Floyd Kane on as well.  Their contribution made the experience lighter and doable.

ROOM: Do you have another film project percolating?

SN: I am currently working on another project titled CAFE DAUGHTER.  This is a project brought to me by Keith Lock and Kenneth Williams.  The synopsis is about a young woman who is Chinese and Cree.  She has to accept her heritage while growing up in colonial Canada in the 1960’s.  It’s deep, dark but also has opportunities to include some humour.

ROOM: What are your biggest inspirations?

SN: Hard question to answer.  I’m inspired by everyday life that I witness and experience.  Reading the newspaper, listening to the radio and general trying to keep in touch with what is going on in the world.

ROOM: One of my favourite pieces of yours, Solace (2014), is landscape photography in contemplation of the longstanding horrors of missing and murdered Indigenous girls and women in Canada. With the National Inquiry into Missing and Murdered Indigenous Women and Girls in mind…would you revisit the project and if so, how would it expand?

SN: Yes, this project was directly linked to the Murdered and The Missing.  I’ve attended the ceremonies that acknowledge the women and girls and their families who have been affected by this horrific history in Canada.  As a mother and sister I am aware of the immense emotion while experiencing this terrible phenomena.  As an artist I use that emotion to find a place of solace.  I’ve used photographs of nature which brings us to a place of contemplation.  After I finish a project I cannot return to that place for a long time.  I’m not trying to be abstinent from my own emotions but need to concentrate in another direction.

I try to look in a direction that isn’t always right in front of you.  Sometimes it is searching and sometimes its been there all along.

ROOM: Art critic Murray Whyte once wrote, “the counterintuitive, the understated and sometimes outright hilarious have always been [your] path”. What would you say you’re looking for as you set out to choose the cover art for this issue?

SN: I try to look in a direction that isn’t always right in front of you.  Sometimes it is searching and sometimes its been there all along.  I like to see a visual that is fresh, lively and sometimes it is humorous.  Its funny at first but on second, third look it’s not that funny at all.  I want it to be original.

ROOM: Thoughts on LANDBACK and Idle No More?

SN: Landback and Idle No More are carried out by people who have energy and are responsible for making selections on their territory about the governments lack of responsibility.  It feels like if things are ignored, memory forgets.  I applaud those who are committed to keeping that dialogue and discourse alive.  If this is carried out with non-violent acts, that makes it stronger.

ROOM: Your work in photography is both digital and analog. Let’s talk about the process of the latter for a moment. I find darkrooms a magical place. The quiet, red light; the click of the light bulb exposing paper; the feel of fabrics; the low sloshing of chemicals. What is your favourite thing about working in one?

SN: I do miss the darkroom.  Watching the image materialize, figuring out the settings on the enlarger, just being alone for long periods of time, makes the darkroom a place of solitaire.  It took me a while to get used to the digital world.  I am still in the position of student and am always in a quandary about the final result.  I believe it’s taken me some time to appreciate the final outcome.  I also love the idea there are no chemicals I have to mix.  I just need to have my printer working. Then everything is good.

ROOM: Who are your biggest inspirations?

SN: Other filmmakers.  Musicians and Artists.  I love it when a creative person can make something as grand as a film or anything they can do with their hands.  Beadworkers are making incredible objects. Takes my breath away.

SN: Such a big question.  We all have to do our part for the environment.  Less plastic.  More water conservation.  The next twenty years are going to be important for the earth.  Such a scary thing to think about.

Room Magazine’s Poetry Contest will be open until January 31st, 2021.