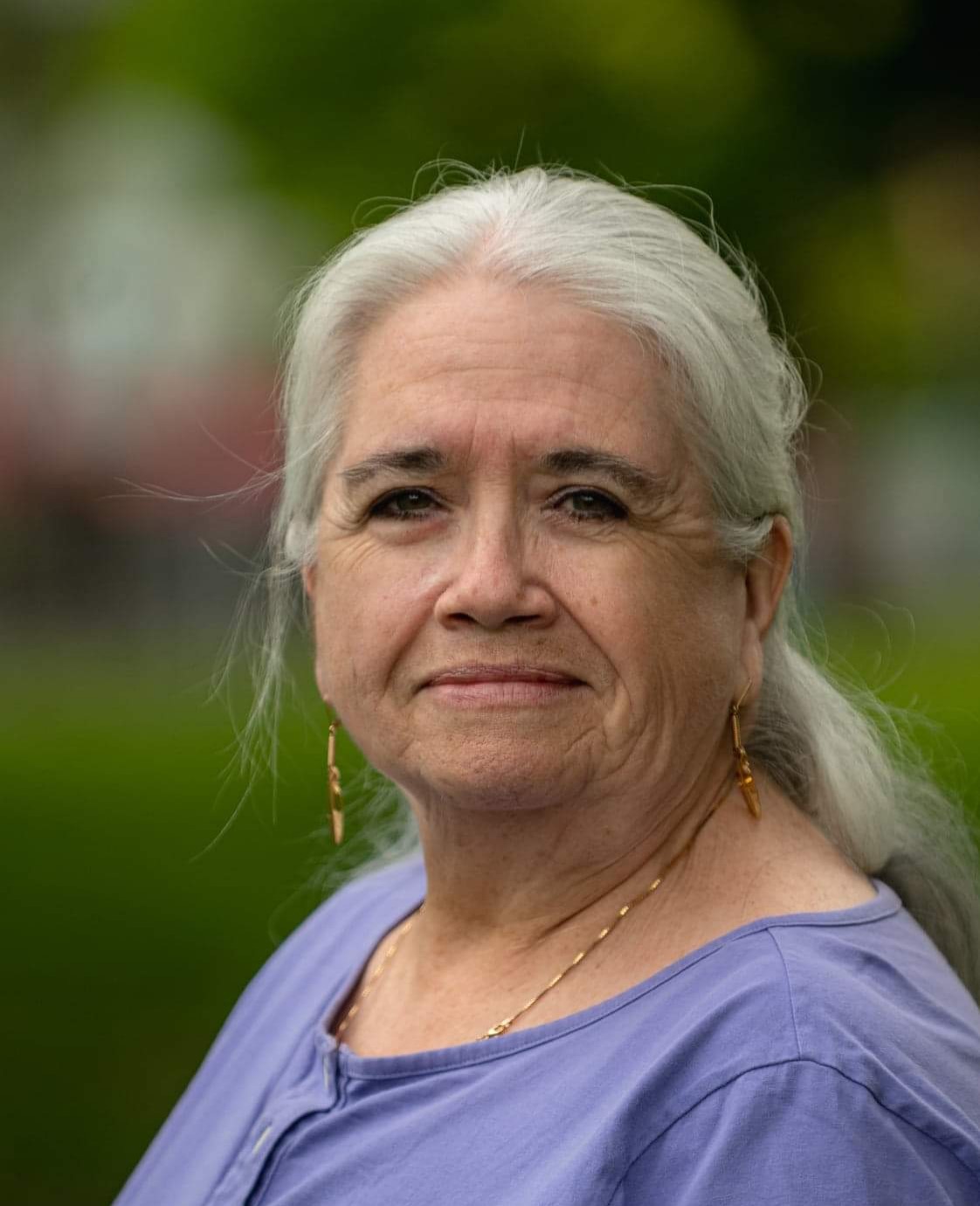 Michelle Good is a Cree writer and a member of the Red Pheasant Cree Nation in Saskatchewan. After working for Indigenous organizations for twenty-five years, she obtained a law degree and advocated for residential school survivors for over fourteen years. Good earned a Master of Fine Arts in Creative Writing at the University of British Columbia while still practising law and managing her own law firm. Her poems, short stories, and essays have been published in magazines and anthologies across Canada, and her poetry was included on two lists of the best Canadian poetry in 2016 and 2017. Her first novel, Five Little Indians, won the HarperCollins/UBC Best New Fiction Prize, the Amazon Canada First Novel Award, and the 2020 Governor General’s Literary Award for English-language fiction. Michelle Good lives and writes in the southern interior of British Columbia.

And now, we’re very lucky to have Michelle as Room’s 2021 Short Forms Contest judge! Keep reading to know Michelle’s thoughts about the importance of writing joy, and to hear what she’s looking for in a strong contest entry. Submit today to receive a one-year subscription to Room, and for the chance to win a free copy of Five Little Indians!

ROOM: Hi Michelle! Thank you so much for joining our team as the short forms judge, we’re honored to have you.

One aspect of Five Little Indians that I was enamoured by, and deeply appreciated, was that you don’t give readers too much of the characters’ pain to hold without giving us a bit of medicine with it: moments of respite, of love, of ceremony, and of care. Was this side of the story present from the initial draft, or did it come later? I guess what I’m really asking is: was it difficult to mine these moments of lightness in what could have been an all-consuming, joyless story?

MICHELLE GOOD: Yes, this was present from the beginning. This was very important to me to portray my characters as fully formed people, not just as victims or the sum total of their trauma. There is humour and there is joy in every life, no matter how deep the struggle is.

ROOM: Let’s talk about short forms! What can tiny pieces of writing do that novels can’t?

MG: Short forms can be an epiphany. There are moments when a person will make a short and simple statement but it packs a real punch. I think the form is particularly ripe for that kind of intensity. I often think of the shortest story ever told. It was by Hemingway and goes like this. “Baby shoes for sale. Never used.”

ROOM: Do you have a favourite piece of short writing?

MG:  Hemingway’s piece as noted above!

ROOM: And finally, what will you be looking for in a short forms submission that will activate your literary spidey senses?

MG: I will be looking for that epiphany – for an articulation that makes me think of things in a different way.