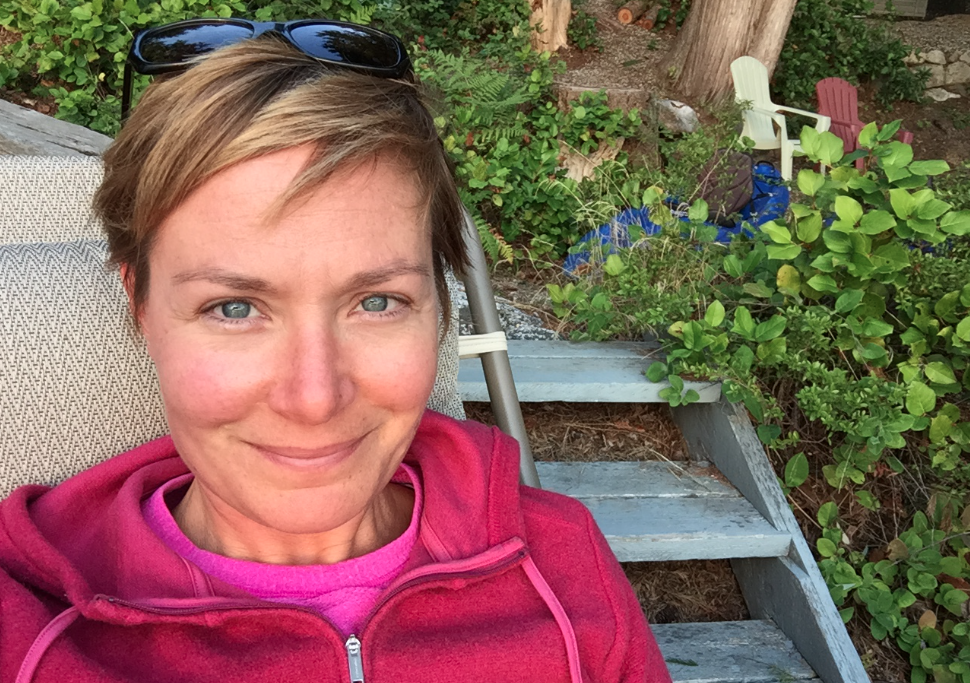 In truth, I’m not a poet. Nor do I, as a rule, pester strangers with chitchat.

In truth, I’m not a poet. Nor do I, as a rule, pester strangers with chitchat. And I’m stingy with friendship, keeping it tucked tight to my chest like a baby chick. Not often showing it around in case it gets cold and frightened. Grows up too fast and turns ugly.

But when I’m in the back of a taxi I like to talk to the drivers, draw them out and, in turn, parcel out bits of myself I’ve forgotten the look and feel of.

I’ll chat up my cabbie no matter what country I’m visiting—an alternative to fatigue, tension, homesickness, or (more often than not) as a distraction from their unvarying recklessness. But I’m at my best in French. Pity the poor cabdrivers, stuck with me for thirty, forty-five, sixty minutes, enduring my clumsy dismemberment of their language.

The thing is, it’s almost always their second language too. Listening to me scrabbling for nouns and verb tenses must be both entertaining and endearing. Plus lentement, I’ll ask, and although I’m referring to their stories, as they slow down their sentences they almost always slow their driving too.

Today, Moz and I start out lightly: where am I from? Did I know there are also Algerians in Canada? Does everyone in Canada speak funny French? It’s good that I’m trying to speak French.

Moz was born in Paris, in the banlieue, but his parents came from Algeria because they believed in liberté, égalité, and fraternité. Have I been to the banlieue? That is Paris. The real Paris. Not the centre-ville. Did I know that two men were killed by the police during a manifestation? A tragedy, we agree. A tragedy.

I lived briefly in the Middle East, I tell him, absurdly pleased that I’ve plucked Moyen Orient out of some shadowy fold in my cerebrum. Moz is delighted too, catching my eye encouragingly in his rear-view mirror. Were people friendly to me, he wants to know. I tell him everyone was polite, but that I liked the Omanis, the Jordanians, and the Turks most of all. They were more genial, with a sharper sense of humour than the people in Kuwait, Bahrain, and Dubai. And do you know why? Moz asks. We answer his question together: not as rich! We both laugh. Everywhere in the world—Moz is emphatic—people with less money, have more to share.

Moz loves France, he’s French, and he loves Paris almost as much as he loves London, although he loves London even more. He’s been to London and there, the people don’t see him as an étranger. They don’t even see him. That’s the best.

What amuses and frustrates me equally in these conversations is that my comprehension is good, maybe even great, but my own sentences have me bumping around in a dark room, groping for door handles. Moz kindly nods his support and what comes out of my mouth as I stagger toward my point is something close to poetry. Stripped down and metaphoric. Into the blank space where I was seeking “disappointment” I stumble across “anger” and it fits, making my intention both more passionate and jagged. Instead of “proposals” I supply “dreams,” for “contentment” I find “joy.” For open-minded, I construct “freedom in the head.” It dawns on me that the reason I’m no good at poetry in English is that I value precision too highly. I simply know too many words.

Parts of Moz’s stories are lost on me, jumbled in my galloping mental translation. In one, he tells me about his ex-girlfriend, who was Jewish, and describes the dinner-table exchange with her parents. What I’m confused about is whether it is Moz himself who crosses his arms over his chest and asks the parents what the problem is, because in fact every person on earth is the same, they have the same dreams, the same heart, it’s just that he has Islam in his heart and they have Judaism. Or it may be that it is the par­ents who fold their arms over their shuddering chests and confront him at the table, over his plans for their daughter, over his universal heart. The arm-crossing—this I understand absolutely, because Moz takes his hands off the wheel to demonstrate, which is both instructive and terrifying. But she was Jewish and he was Muslim and the point is, that was okay. They were in love.

And did the parents accept you? I ask. Yes! Yes. They accepted me. They were good people. He and their daughter only broke up because his girl­friend, she was craaaaaaaazy. And again, we laugh. Then he’s serious again, saying: she was young. He shrugs: I was young. We were young.

As we approach the airport, he tells me earnestly that he’s enjoyed our conversation. I thank him for his patience with my scatter-shot French then, surprising myself, fumble along even further. I want to say that I, too, have enjoyed our talk and that he’s clearly a man who thinks about things deeply. I’m seeking some kind of summary statement: light, but complimentary. Instead, I muster: You are profound. Once again, he catches my eye in the mirror. Exactament, he says, you as well. Or I think that’s what he says. You as well.