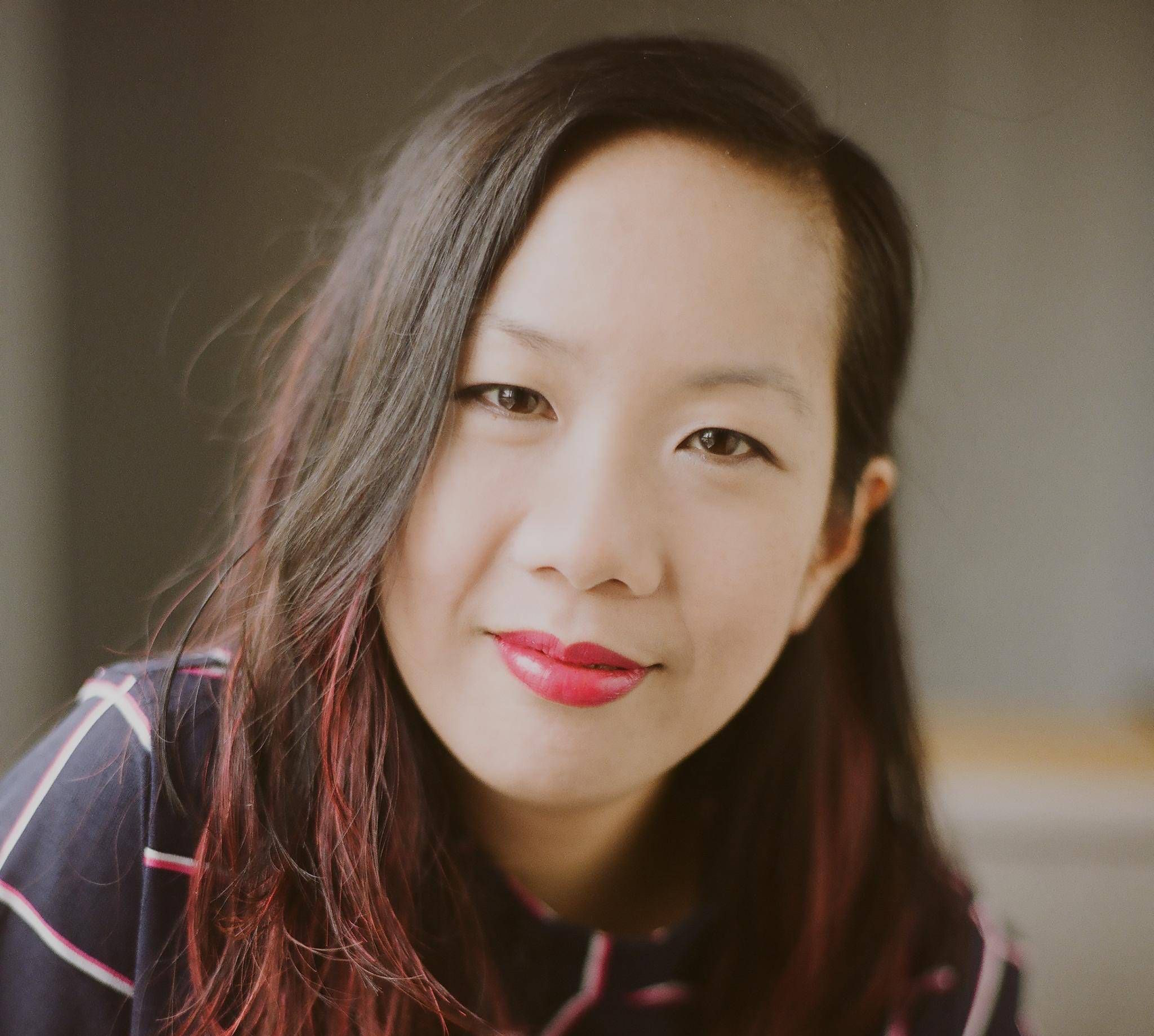 Excited About Everything: Jen Sookfong Lee

A series in which Isabella is excited about everything that is happening at Growing Room 2019, so she sat down with some festival authors to hear about their work, and what events they are most excited to take part in.

A series in which Isabella is excited about everything that is happening at Growing Room 2019, so she sat down with some festival authors to hear about their work, and what events they are most excited to take part in. Learn more about the 2019 Growing Room festival by visiting our website, festival.roommagazine.com.

Jen Sookfong Lee was born and raised in Vancouver’s East Side. Her books include The Conjoined, nominated for International Dublin Literary Award, The Better Mother, a finalist for the City of Vancouver Book Award, The End of East, and Gentlemen of the Shade.

ROOM: Hello, Jen, how are you?  First of all, I believe congratulations are due! The wonderful anthology that you edited co-edited with Stacey May Fowles, Whatever Gets You Through, just recently came out this year. Let this be a space for you to take some time to reflect. Take us to the beginning and through this process. How does it feel now that it’s finally out there?

JL: Thank you! One day, I got a call from Stacey May, asking if I wanted to co-edit an anthology of personal essays by survivors of sexual assault, and I immediately said yes. I have always admired Stacey May as a writer, but also as someone who speaks frankly and openly about sexual assault, so I jumped at the chance to curate this book with her. Our concept was to make this book a space for survivors to share what helped them cope, manage, and survive, in whatever form that took. So often, it is male abusers whose identities and futures the world is concerned with, and we wanted to turn that around, and make Whatever Gets You Through about the survivors, lives, and stories. Each of the contributors took that theme and made it their own, giving us essays about everything from absurdist plays to ice hockey to silence to kink. Stacey May and I didn’t know the form these pieces would take, and we were surprised every single time, in the best possible way.

It feels good to see the book as its own separate entity, to know that people will read it and perhaps find some sense of community or solace in its pages. For me, this book was an emotional roller coaster. Not only did I have contemplate the realities of assault every day, but I also felt honoured that we were the ones who were guiding this anthology to publication.

ROOM: This is certainly a timely collection, isn’t it? Especially in the wake of #MeToo and #BelieveWomen, this anthology of powerful essays from survivors of sexual assault is written in the long-form prose kind of way, bringing to it the dialogue and insights that one can’t simply glean from scrolling through Twitter or social media. Yet, it is the first of its kind. Why do you think that is?

JL: The timing of the book was accidental, as we were planning for it just before these movements were gaining steam, and we were very aware throughout the process that we didn’t want to exploit this moment to sell copies. #MeToo and #BelieveWomen deserve their own spaces. As for this being the first book to explore the myriad ways survivors manage, it’s a comment on the way our culture has viewed sexual assault for so long, which is to say through the lens of the criminal justice system, which underserves survivors almost every single time. It has taken this long, this much forward feminist momentum for the public to begin discussing sexual assault in other ways, to understand that the conversation isn’t always about crime and the burden of evidence. It’s also a human story, an intimate story, a story that is told most often in kitchens or office lunchrooms or school bathrooms, and not, as we used to think, in courtrooms.

ROOM: Sexual assault narratives are so often structured around trauma and violence—what was done; who it was done to; who gets heard . . . This anthology chooses to shift its focus to the aftermath, to the continuation that exists in the varied and nuanced forms of survival after the experience of sexual violence. Moreover, it’s about who gets heard—the narratives that come up in this anthology are told from perspectives that don’t always get covered in the media or headlines. Would you like to speak more to that?

JL: The sad fact is that survivors are rarely given the space to speak, and survivors who come from marginalized communities are given even less. Their stories have been invisible for too long and Stacey May and I wanted to help bring them to the public, to show that survival is happening every day, in every community and that abusers don’t get the final word. The survivors, through their daily lives, through their families, through the art they create, they are where the continuing story is.

ROOM: This anthology invites writers from marginalized or misunderstood communities to come and share what it means to survive, cope, heal, and thrive. I’m sure I’m sure this anthology will resonate deeply with its readers, but I’m interested to know what you are hoping to get out of it. What conversations are you hoping to raise?

JL: Personally, I found a lot of comfort in these essays. My own survivor story was echoed many times here, and I think this will be the case for anyone who has lived through abuse. My main hope is that those who have been marked by trauma will find commonalities here, and know they aren’t alone. And that others understand the effect of assault on survivors, and understand that each of these contributors, just like survivors everywhere, have lives and homes and loved ones.

ROOM: Some of those writers, Amber Dawn, Juliane Okot Bitek, Alicia Elliott, Heather O’Neill, Leah Lakshmi Piepzna-Samarasinha, will be with us at the launch. Tell us more about their pieces. Go ahead and give them a heart-warming shoutout.

JL: All of their essays are extraordinary! Amber Dawn’s was the first one I read, actually, and spoke the most to me directly, with her honest discussion on trauma play and how survival is lived and relived within the body. Juliane Okot Bitek’s piece, which treads on the borders between prose and poetry, is an expression of anger and frustration, of the ways we need to direct those emotions outward sometimes in order to just get through a day. Alicia Elliot’s essay, about silence and the lack of speaking, is a piece that will surprise readers, and upend what we think when we think of “healing.” Heather O’Neill’s piece is a memoir-play hybrid, and it speaks directly to how we survive as children, how our child selves hold hurt for the rest of our lives. And Leah Lakshmi Piepzna-Samarsinha writes about disability advocacy and how that can help with survival, with the trauma in the body, with finding the help one needs in a system that has never been set up to help survivors at all.

ROOM: I would also love to hear more about your own work. What are you currently working on, with writing and outside of writing? I hear that you have a poetry collection on the horizon, is that correct?

JL: Yes, my poetry collection, The Shadow List, is scheduled for Fall 2020. I’m in the final stages of finishing a non-fiction book for children, Home: The Journey of Immigrants and Refugees, which is scheduled for 2021. And I’m working on a book of essays myself, on the intersections between pop culture, Asian female identity, and memoir.

ROOM: During the festival, you will be hosting the anthology launch for Whatever Gets You Through. But tell me, what are some other events that you are most keen on attending during Growing Room 2019?

JL: I actually won’t be able to attend any others! My single mom life allows so little room for festival attendance. The ones I am most sad to miss are the Opening Night Party (I love a good party) and also Indigenous Brilliance at the Red Gate Revue Stage. That lineup is stacked!

ROOM: Thanks for taking the time to sit down with me, Jen. I’m so excited to have you for Growing Room 2019!