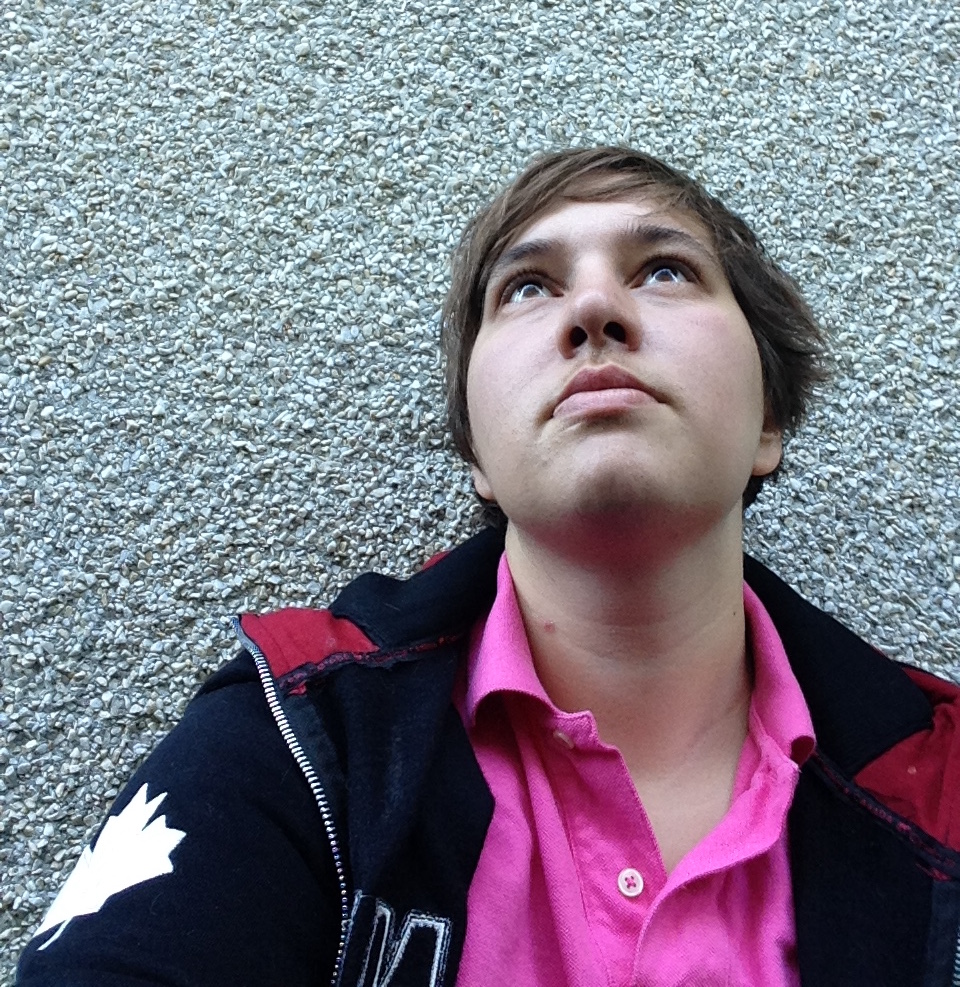 Excited About Everything: Alex Leslie

A series in which Room’s intern, Isabella Wang, is excited about everything that is happening at Growing Room 2019, so she sat down with some festival authors to hear about their work and what events they are most excited to take part in.

A series in which Isabella is excited about everything that is happening at #GrowingRoom2019, so she sat down with some festival authors to hear about their work and what events they are most excited to take part in. Learn more about the 2019 Growing Room festival by visiting our website, festival.roommagazine.com.

Alex Leslie’s collection of short stories, We All Need to Eat, was published by Book*hug this Fall and was named a Top 10 Book of 2018 by NOW Magazine and a Fiction book of the year by 49th shelf. Alex is the author of the story collection, People Who Disappear (Freehand), shortlisted for a Lambda Award for debut fiction, the poetry collection The Things I Heard About You (Nightwood), shortlisted for a Robert Kroetsch Award for innovative poetry, and a chapbook of microfictions. Alex’s collection of poetry Vancouver for Beginners will be published in fall 2019 by Book*hug.

ROOM: Hello Alex, I’m so glad to be joining you here, in this space today. First of all, your third book, We All Need to Eat just came out with Book*hug this Fall. CONGRATULATIONS!  In this collection of short stories, you focused on the story of one character alone, and we as the reader, get to enter a different stage in her life with every new story. Was it difficult to decide what on the form that this book was going to take? Why short stories as opposed to the novel?

AL: The distinction between interconnected short fiction and the novel as forms is so fraught. Let’s not bore ourselves with the one zillion examples of experimental novels that blow up this distinction. For me, this is a collection of short stories, because the main chunks of the book were written intentionally as self-contained pieces, and some were published that way (or sat around in my computer that way). Initially, my concept was to write a book of stories about characters’ experiences of weightlessness or being thrown out of their lives—experiences of dissociation, being uprooted by history, being carved out of their lives (one story is about an excruciating break-up; one is about the Holocaust blowing up a family). Over time, I realized this book was about one character, Soma, throughout her life. The form emerged from the material. I also am interested in form, especially the short story form, and I intentionally wrote different shapes and tones of stories in his collection. So, there are stories in first person, second person and third person, and very long and short stories. I intend the book as a mosaic. But, if someone were to confront me with a solid argument that it’s “actually” a novel, I’d probably end up arguing with myself. I love Julio Cortazar just as much as the next weirdo.

ROOM: I had the pleasure of hearing you read poetry for the first time last week, here in Vancouver. I love the approach that you took with your book of poetry, The Things I Heard About You (Nightwood), where you start with a prose poem that you then pare down to create a series of even smaller poems. It’s innovative and original. Would you like to speak more to that process? What prompted you to start a project as specific as this one?

AL: I have pivoted between poetry and fiction since I started publishing. The Things I Heard About You came out of that tension. The working title was ‘I Know How Small a Story Can Be,’ and I wanted to look at reducing/concentrating stories into poetic elements. The inspiration was a line from a poem, “I know how small a poem can be,” by John Thompson from ‘Stilt Jack,’ which is the epigraph for the book. I started to write dense texts and then through a process of erasure broke them down. It was an experiment in what is subconsciously in the story when I start, and can that be extracted? I love fiction that carries me away, where I develop a relationship with the character as if they are a real person—however, all writers know it’s also a craft, a construct. That book was a way for me to work through that. I think it was a transitional book for me. Now I can write a story and feel like I’m the only person in the room.

My next book, out in the Fall with Book*hug, is called Vancouver for Beginners, and it is a poetry collection that includes prose poems, free verse poems and pieces that could be read as microfictions or prose poems. So it goes.

ROOM: As a young writer, I’m always interested to hear others’ stories. How did you come to writing? When did you know? Who were the people that helped you get here? And, what are some of your interests outside of writing?

AL: I’ve always wanted to be a writer, since before I can remember. I guess the goal solidified in my mind around kindergarten, so five years old. It was an identity, not a goal. I was always a big reader, especially Jules Verne and Agatha Christie when I was a little kid. When I think of people who helped me get here, a few people stand out in my mind. One is my grandma Yetta, who passed away when I was in my mid-twenties; she was a very fierce independent thinker and influenced the way I look at the world politically. She was, as they, say, “tough as nails.” In high school I had an English teacher, Muriel Densford, who was from Oklahoma and introduced me to the incredible tradition of female short story writers from the southern states, especially Katherine Anne Porter, who is less well-known now, but is the forebear of writers like Eudora Welty and Alice Munro. The first journals I published in were Descant, Prairie Fire, and Event—I am grateful to them because it’s soooooooo tough to get published early on, especially as a Queer writer! Also, I was very encouraged by winning the Dayne Ogilvie award in 2015 for a promising body of Queer work by an emerging writer. At that point in my writing I was feeling very discouraged and I hate this word but winning that award was AFFIRMING. My interests outside of writing are mental health, cooking, good lower mainland river spots, and Jewish ritual/culture.

ROOM: I’d love to know where you turn to for inspiration—favourite books that you return to time after time? other writers? writing rituals? favourite writing spot?

AL: My biggest source of inspiration is nature—I live beside the ocean and river systems on unceded Musqueam territory just south of what’s now called Vancouver. I’ve lived on the west coast my whole life and the forest and ocean are deep sources of peace for me. A few writers whose work I go back to—Yehuda Amichai, Linda Hogan, Edmond Jabes. But there are so, so many. Another source of inspiration for me is people—humans are amazing, complex, strange creatures, and human behaviour never stops fascinating me. Because I’ve always worked and written at the same time, I have developed the ability to write anywhere; I don’t really have special writing places. I have written a great deal in hospital cafeterias and libraries (I am employed in the medical system). Currently I’m working on my first novel, and my process is to take notes on structure in a notebook as I progress, and write chronologically in a word document, going back and forth for consistency and momentum. Because this project requires research, I also am going back and forth between reading and writing material more than I have in the past. This is new to me and I find the rhythm helpful.

ROOM: We have you featuring in the panel, “The Dead Book: What Happens When a Book Doesn’t Take.” But tell me, what are some other events that you are most keen on attending?

AL: I’m planning on attending ‘Black Voices Raised‘ and the panel on literary futurisms. I want to see Katherena Vermette read, I’m a big fan. I would also like to go to the huge poetry reading jamboree event, because a powerful poetry reading fills me up.

ROOM: Thanks for taking the time to sit down with me, Alex. I’m so excited to have you for Growing Room 2019!