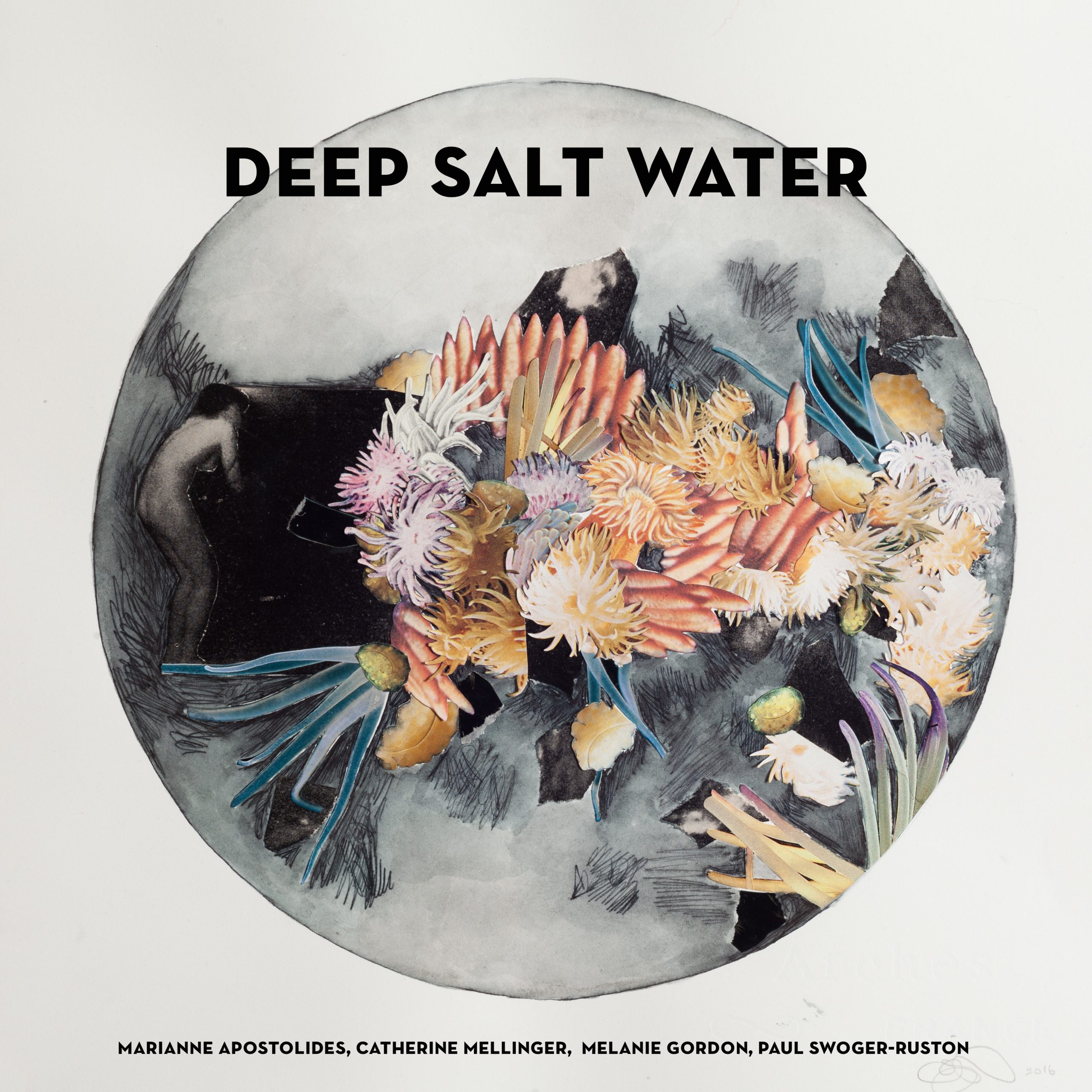 An intimate memoir about abortion, expressed through the language and imagery of the ocean, Month 7 of Deep Salt Water was a meditation on various modes of time—geological, human, musical, oceanic—and now Month Eight delves into the multiplicity of circles, the roundness of ripe fruit, the endless cycles of the ocean’s seismic waves.

An intimate memoir about abortion, expressed through the language and imagery of the ocean, Month 7 was a meditation on various modes of time—geological, human, musical, oceanic…. Seagrass, the strangely beautiful flora whose roots live thousands of years, is placed beside the chords of Coltrane, whose music glides through the bedroom of two people, trying to figure out how to love. Atop those scenes are questions of consequence—how our actions and decisions travel on an arc we can’t anticipate or control.

Soon we’ll all be hoarding the ocean; we’ll store it in cars so that we can wash them. I eat an orange that’s grown in the desert. It’s sun-kissed, strapless, spread your legs—but only in inquiry. Little waves come rippling.

I’m back on the boat after many years. We’re together, apart, but the movement is circular: currents are driven by gravity, density; contour of landmass and breast are important. We’re sailing through San Diego’s bay. We’ve been here before—but the playlist is new. J Boog fats the bass. It’s down on the beat and fleshy, wet. The rhythms drop, but waves are peaking; I can feel the mainsail luffing. Pull the line, a little tighter. Touch my dress: I’m trying to understand the currents.

The drought gets drier; I swallow the juice.

I’m wondering whether we’ll have a future.

My son is walking toward the prow. He stands like a man. He’s guzzling liquid; it flows down the throat or the hose or the pipe. But the slick of oil has settled at bottom. I lotion my skin. There are millions of gallons inside the Gulf. Despite our efforts, the carpet of crude will remain on the seafloor: a clue to the future. It lies beside the asteroid’s crater, the watery gravesite for dinosaurs. I find that quite pleasing: symmetrical, almost. Symbolic or narrative, like there’s a God.

Do you think the next hominids (if they’ll be hominids): do you think they’ll figure it out? I mean, who could invent a story like this? But it’s fun to imagine them scratching their heads. They’ll examine the artifacts, tracing the past from what remains: the carapace creatures of plastic and metal, with wires for veins and an eye made of glass. They’ll surmise it was all a religious ritual. Maybe they’re right.

My daughter sings like a lotus flower: sleep like dreams, narcotic delusion. I can’t get the mojo to fear the apocalypse, not when I hear her. But why did Odysseus travel home? I ‘murdered’ a fetus. I fed my children. To feed my children, farmers sprayed: soft rain came down in the moonlight of chemicals. Maybe a mother was killed by a drone, like a bee or collateral. Naval destroyer: protect my nephew from the war. My daughter was chained to the factory floor for the tiniest tank-top she wears on the boat. But the cost will be borne by developing countries—storms and flood, or drought and famine. Rafts of people, pitching themselves inside the oceans.

It’s a thousand lifetimes: only one.

I citrus the orange. It sounds so small. As small as a thumbnail. I’d like three degrees in the middle of winter. The human mind is bleached like coral: brainwash, Clorox, bright so bright against tanned skin. But three degrees is a seismic wave, the kind that glides so smooth in the ocean. It’s imperceptible out at sea. It could be here now; we’d never know, except we do. It’s caused by trauma: an earthquake or death of a father or child; a landslide or undersea movement of conscience. It’s one or the other or maybe it’s every. The tipping has come; I can feel its peak. I swear, I can sense it: we’re never so close as I am at this moment.

When I was a child, I’d stand on the shoreline and stare at the waves. Surrounded by that rage—this voracity—I’d beg the ocean to knock me down: Please, hit me full and hard on the chest. I desire to be, if I’m pulverized inside that force. You’re the only man who understood; you saw me there, alone on the beach. You were curled in the lungs of a humpback whale. You wanted to ocean with all your power, instead you made love. You were always a punk, now you listen to jazz. I will suck on your necklace, tenderly.

The music stops. It seems very sudden. My daughter keeps singing: such purling voice. She’ll lure the soldiers to their slumber. Cradle them sweetly; they’ll feel no pain. But jet planes engine toward the suction. Lurch in the wake of this massive ship. From peak to peak, from crest to nipple: thoughts are rising. Now they fall.

Bleed the ethical; blood the orange.

No need to struggle—not anymore.

The decisions are already made.

We ‘humans’ are no longer class ‘Mammalia.’ Our species is now geological force. We’re unable to octopus what we’ve released. It’s a progress that’s natural: don’t blame the species. We have big brains, but beastly libidos. We’re only an animal. Pity us. We’ve lost our god.

The currents of magma determine the earth’s magnetic field. They cause the compass to pull directional: race toward the pole and guide me home. My moral compass: iron blood. The pour of amnion. Who will cleanse us? How do we know what’s ‘right’ and ‘good’ when we don’t have a God or a book to declare it? Absolve our sins, absorb our carbon; ride me, steady, through this ocean. I only feel clean when you fuck me.

This month’s images are from “Whips” a mixed-media collage by Catherine Mellinger, macro-photographed by Melanie Gordon.