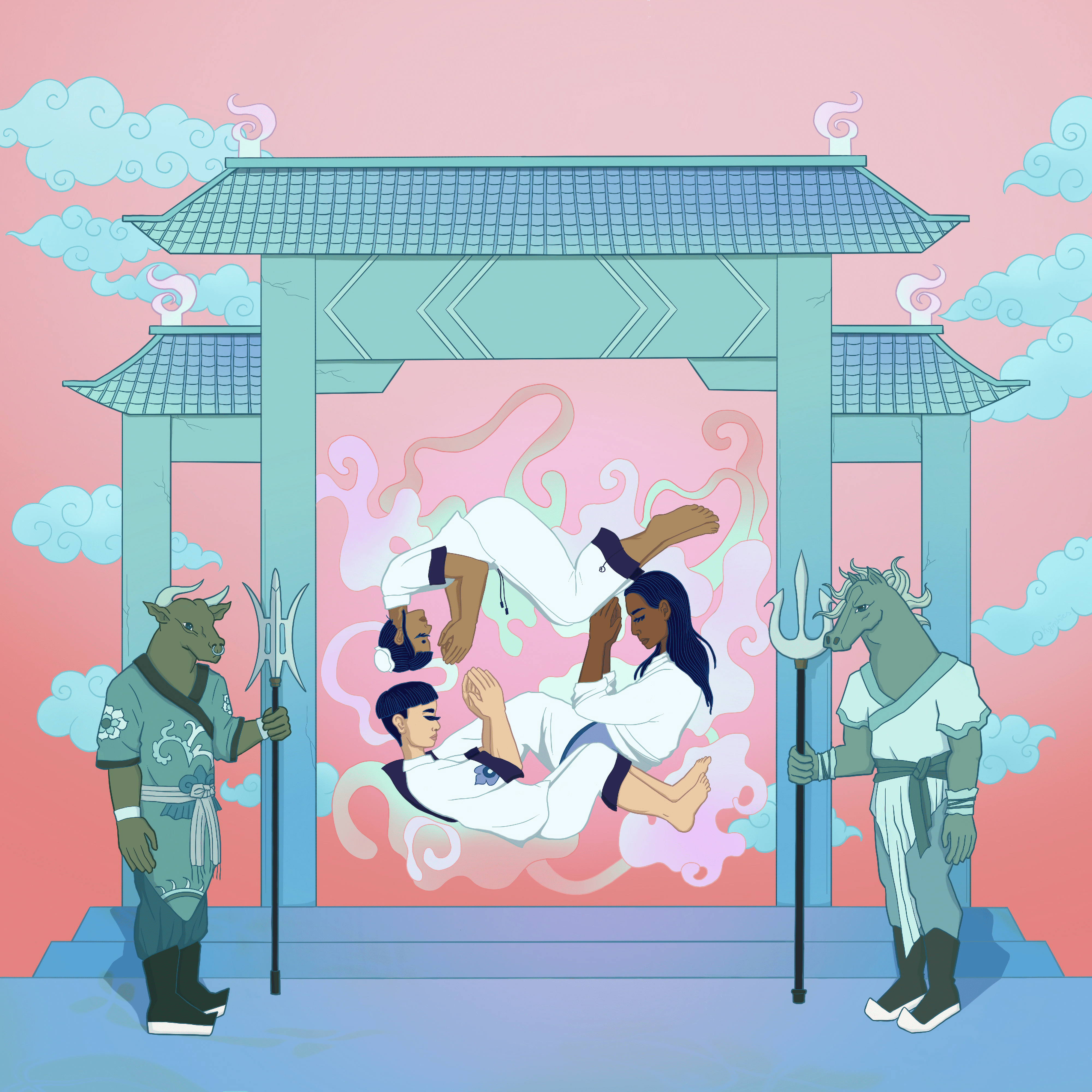 This piece is the second place winner for the 2021 Cover Art Contest, as judged by Chief Lady Bird.

“莫(Mò) represents absence. Something that isn’t there or isn’t able to be done. I was first drawn to this idea when the Chinese character appeared in a horror movie to represent the spiritual realm.

I was working on this piece during a period when I felt suspended in uncertainty, and was trying to perceive the universe as impartial as a way to cope. Ox-Head and Horse-Face guard the gate to the underworld in Chinese mythology, where souls face judgment and are rewarded or punished accordingly. The people suspended in the gate are somewhere between the physical and spiritual world, with no judgments upon them yet. Coincidentally, I finished this piece around the same time as when the uncertainty I was facing drew to a close.

When I consider the universe as an impartial entity, I also reflect on the wisdom of my mother that the simplest things are often the hardest to fully grasp.” 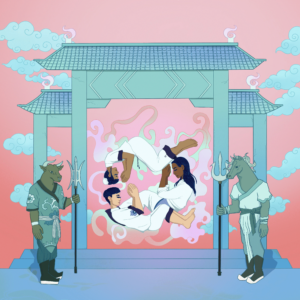 “To me, this piece speaks to the idea of societal “Togetherness” and the somewhat impossibility and complexity of it. There are undertones of sacredness, with figures guarding it. And it feels like the artist is stating that to build togetherness, there must be cross-cultural respect; and perhaps togetherness doesn’t mean “sameness” (Or, they are saying do not assume sameness). The colour palette draws the viewer into a dreamscape that seems to beckon us to ask ourselves where we see ourselves in this circle of prayers and energy.” — Judge Chief Lady Bird

Kyla Yin James (they/she) is an illustrator and designer whose work is inspired by the unconscious, subcultures, sociopolitical systems, and the mythologies they grew up with. Their work is filled with symbolism that creates surreal and speculative scenes questioning the status quo. Through their work, Kyla dissects and reassembles how they approach the different thought worlds they grew up in. Kyla describes their practice as thinking and feeling out loud, sorting through the symbols and ideas they’ve encountered.