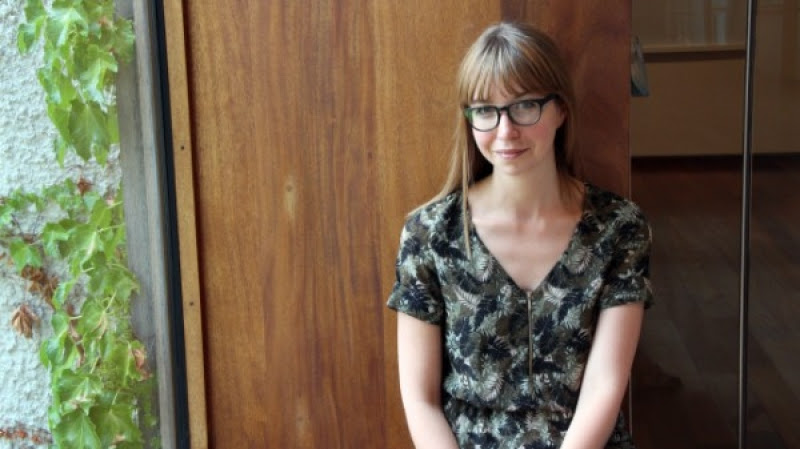 Burning at the Close

Every now and then I catch it: a cluster of motes, a brown gathering at the tops of my cheekbones, age spots; grey hairs shot through with light, fibre-optic electric in the fluorescent glow of a grotty bathroom; the fleshy syncopation of my upper arm, waving a half-beat behind my hand. I feel it like I feel the geese, migrating: somehow I am in the sweet late summer of this young body, and I just want to fuck you with it.

Every now and then I catch it: a cluster of motes, a brown gathering at the tops of my cheekbones, age spots; grey hairs shot through with light, fibre-optic electric in the fluorescent glow of a grotty bathroom; the fleshy syncopation of my upper arm, waving a half-beat behind my hand. I feel it like I feel the geese, migrating: somehow I am in the sweet late summer of this young body, and I just want to fuck you with it.

Strange that his desire for me recalls mine for you. It is an unwelcome synchronicity in this skin-thin moment, this humid July day.

When he and I first met, I was in one of those relationships that have so marked my adult life: one where I was a “partner,” where my roles were neatly defined: good at housework, good at sex, good at entertaining mothers, sisters, aunts. A succession of these relationships had sloughed off my rough edges and I was practised in my response to provocation, accustomed more to listening in conversations than contributing.

He later asked me if he could take my boyfriend and myself out for dinner; when I said that I was newly single, he extended the invitation to just me. I said yes.

How would I tell you about that dinner, that night? Would I lead with my friends fawning over the whole thing: how cute, the two of you out for dinner! How my older coworkers praised me for keeping an elderly man company, for humouring his endless war stories. Do I need this approbation to support my claim that I thought it a harmless—if boring—way to spend an evening? Isn’t my word enough?

But there are moments where I distrust my judgment. During dessert: “I’d say that I’m half in love with you, but I’m in love with you,” he said. This, after telling me that all that was left in his life was polishing shoes. Polishing shoes, and long-distance calls to childhood friends in Scotland. While I protested at his sentiment, I still went to his apartment after. “I have something to show you,” he said.

It was late June, and beautiful enough that my face was flushed. Before we drove back to his place, I stood in the restaurant bathroom and examined myself in the full-length mirror. I wasn’t happy with my appearance: I remember wishing that I hadn’t worn those tight jeans, that the shirt I wore hung less provocatively over my collarbones. I’d tell myself later that I had no idea what would come next, but that’s not precisely right. The truth was alive in my body, but inchoate on my tongue.

The visit was short. He pressed gifts on me: music, books. He read aloud some Scottish poetry, chatted briefly about the quality of light that touched a painting. “Give me a hug,” he asked at the door. Kissing first my left cheek and then my right, he said, “and once in the centre,” chiding me when his kiss landed off-kilter, a slurry smear as I shook my head no.

His lips were fuller than I anticipated, wetter. It was hard for him to stand from his chair earlier, but he had managed that with dignity—and now this. His hands were at my waist, gripped tight. I’d mistake it for strength had I not seen his trembling.

What did I say to break that clasp? All I remember is the pulpy reality of his mouth, his lips a slick casing for the heavy flesh they contained. He showed me his canes after, a collection: one ebony, one driftwood, one carved. “This one has no give,” he said, dropping his weight on it, standing between me and the door.

The last time I saw you, I orchestrated that. I heard from a friend that you were in town, and I went to a bar near where you were staying. I wrangled an invite back your friend’s apartment, calling on friendships I’ve long since abandoned for convenience and other meaningless considerations.

It was all a bit shameless. I said hello by handing you a lighter.

When we said goodbye that last time, you palmed my key. Your friends were close by—too close. I lost my nerve in the back alley light, and climbed the fire escape home.

In the roundabout way of things, your friend warned my friend: He’s not the relationship type. But there is a purity to that. You don’t look at me like a puzzle or a prize, something to work out or win. You just want what you want in these restless moments, and that coincides with what I want, too.

“You’re cute,” you said when we met. I wondered how much longer I can be that: cute. I smiled because the compliment is all the sweeter while only my fingertips grasp it. Take me home and I’ll show you “cute,” I thought, pure, languorous predator in the warmth of our shared attraction.

What are the erotics of aging? I am often surprised by how much I want these days, by the late-blooming desire that confounds my once-prudent nature. I think about you most when I think about how I have avoided marriage, how strange it is to be whole and aging and not burdened with love. The weight of this knowledge is a travelling gravity, and with you I carry it low. Abdomen low, low voice low, low and slow low.

I remember my mother, upset at her fortieth birthday and I, her youngest daughter, attentive to her grief. Somehow I conflated the two: motherhood and aging, taking on some of time’s culpability in that moment. I’m not a mother yet, and may never be a mother. And with this, I’m surprised to see my body change. Why would I ever think that childlessness would prevent these subtle slips and spreads, that my extended adolescence might somehow render me immune to gravity? How am I to be the woman I’m becoming, this aging woman, this woman who’s not a mother? And what of this desire, this desperate, embodied drive for contact? This world has no sympathy for the woman I’m becoming.

He told me, that night, about his wife and her thirty-year bout with cancer. He said that he mapped out each rest stop between their cottage and home; this, he offered as evidence of his obvious care for her during this illness. You offer me no such succour, no consideration for any incipient frailty nested in my body. And yet I want you in my bed, want you with an urgency I grind between my molars.

Or, eschewing responsibility, what is my culpability in this? I called my mother a few days after the kiss, told her this is what he did to me. Her response was puzzled, surprised, lacking outrage. He’s old enough to be your father, I said, chagrined to remember that I was no child, no ingénue in this situation, either.

From another: “that drive just doesn’t disappear,” a rebuke kindly delivered. And consider my description of his mouth—slurry, a smear, thick flesh in a slick casing—and see me in all my unkindness. I’d say, it felt so taboo, so wrong, and this is correct but also inadequate. I am not for you, I would tell him, again and again, the him that kissed me and kisses me still in these endless ruminations, but maybe the inverse was truer.

How do you tell someone that you don’t see him in all his humanity? That I supposed his body was trapped in some strange threshold between sex and death, one in the past and the other in the future? It seems clear that I am no victim, so perhaps I am the aggressor here. If I call this grotesque, it’s with the knowledge that the same adjective waits for me, too.

There is a game to seduction. A test to see how well one can tolerate uncertainty, and the one who speaks first is the most vulnerable. Or perhaps it’s that I’m misinterpreting your silence and instead you aren’t interested, that the pull between us only exists with proximity. Maybe we are magnets that fail the further apart one places them.

You tried to kiss me on New Year’s Eve. We crossed paths on the landing upstairs from the party, filtered laughter amplifying a nascent feeling of naughtiness—like we were children, defying bedtime, listening to the merriment below. Your hold around my waist was awkward, and I slipped out of your grasp. We were playing some dumb game, and I was more interested in winning than ceding an embrace.

My friend, when we left, instructed you to kiss me. “Just do it,” she said, broad and expansive, drunk. But she didn’t understand the subtle rules between us, and I went home unmolested. When I remember you that night, you are rolling your jaw, smiling, rubbing the beard that grows a bit wildly there. A hint of red in it, something slightly barbaric, a Viking half-note returned as hirsute echo. Not too tall, not too strong, but cheeky for it. Tanned. Your charm is derived from your challenging address as much as an innate anything. You are the type of person who asks those who meet them to rise to the occasion, to prove themselves somehow. I’ve seen you before, many times crossed your path in that peripheral way that people often do, but only now does my animal body want you.

I hate to draw the distinction so clearly. Just as I represent that which is fleeting to him, you are something evanescent for me.

When I got home that day, after he dropped me off at my apartment, after that kiss, I went straight to my freezer. I was looking for a frost-ossified bottle of vodka, half-forgotten until that second. The first shot was lake water, trapped under ice, thick-coalescing. The second, fire: it unlocked a laugh, a curse, and then I was crying, grabbing at the counter in my kitchen.

What a thing to try to hold, this flicker of youth. My body warm, glowing, a thing apart from me, and I a miser with it. You must know that this can’t last, this moment between us. But I haven’t heard from you, not for a long time.

Emily M is a curator and writer from Ontario.

Tags: Burning at the Close | Migration