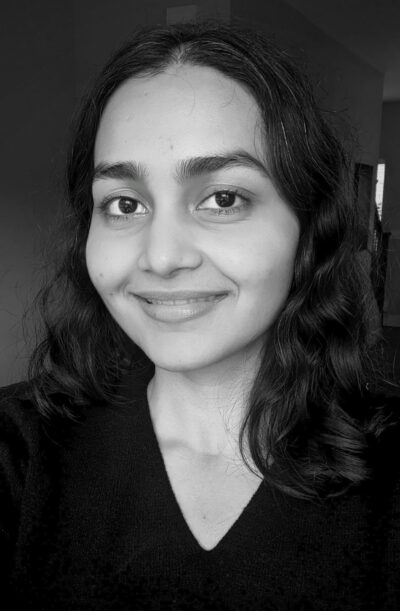 Brown Girl in the Ring

It’s curious how memories stick and slide—some are glistening words carved in wet sand. They consume your attention for a moment, filling you with fascination and longing, before being claimed by the blind sweeping tidal arm of the ocean. Others are like deep gashes in smooth rock. The edges are sharp at first, dulled by the fugue of passing years and life clinging like enveloping moss. But, inevitably, it rains, and the water finds its way past the moss into the gashes, reminding you of the memories that have been there all along, waiting for you patiently to empty all meaning from the passage of time.

During the first summer of the COVID-19 pandemic, I worked a retail job at a drug store. I would stare at the yellow poster in the breakroom declaring its gratitude for my “essential service,” thanking me for being a “hero in these difficult times.” Then, I would punch in and spend my shift alternating between the courteous customers thanking me for still being at work, and the oblivious ones standing too close and pulling their mask down to cough into the air between us.

During those first few months, some people pretended that nothing had changed. Or, if it had, then it wasn’t that serious. “It’s just like the common cold,” was the usual refrain, and its implication was clear: we should all stop whining and obsessing over our masks and happy-birthday-twice hand washing rituals. I spent my days trying to take all precautions, not wanting to jeopardize the health of anyone around me. The stripped and cracked skin on my hands. The pervasive anxiety about my family’s wellbeing. The longing for even the shortest of hugs, even the lightest of caresses on my arm, even the ghost of a comforting hand in mine. Everything had changed, and I wondered if it would ever go back to how it was.

I spotted him as soon as he entered the store. He was wearing a black parka with a fur-capped hood in June. He had with him a blue denim bag, empty and slack against his bony legs as he stalked from one corner of the store to the other, trying to keep out of sight of the cameras. All the signs that my supervisor had told me to look for. She had also told me it was my job to kick any potential thieves out of the store. “They’re getting bolder because of COVID-19. Keep an eye out!”

I scanned him and all I could see was a man made desperate by his circumstances. He was trying to sneak a few nail polishes into his bag. Every fiber of my being rebelled at the thought of making a racket over such petty theft. And yet I heard myself say, “I want you to leave the store. Get out! And if you come back, I’ll call the cops.”

I became aware of a heavy hollowness in my chest pushing my heart down. I wanted to tell him that I saw him, that I didn’t care if he sneaked the whole store into his frayed limp bag. My behaviour towards him was an act — I was acting as if I cared. I was telling him to leave the store because I was too afraid to lose my job and the pennies per hour that came with it. But his next words broke my train of thought.

Walking towards the door, seething with anger and resentment, he turned around.

It made me chuckle. I had decided a long time ago that, if ever a man spat that word at me, I would wear it like a badge of honour.

“Sand nigger!” And he was gone.

The words flew from his throat like tiny sharp specks of dust and lodged themselves into mine, making me cough and choke on them.

I was still musing on what happened as I punched out and walked to the bus stop. His words still gripped me like barbed wire around my throat, but my pedantic instincts found it funny that they misidentified my kind of brownness. There were so many facetious and scathing things he could have called me that would have been more accurate in their hate. Being accused of being the wrong kind of Other always makes me laugh.

As the bus careened in, almost colliding with the curb and jerking to a stop, I spotted him sitting inside, his eyes already on me. I’m sure the annoyance of being stared at was clear on my face, only now hidden by the mask. I stepped onto the bus and walked past him, trying to find a seat socially-distanced enough from everyone else. But I couldn’t mistake the words he spilled on me with shocking flippancy.

More sharp specks of dust to cough and choke on. I couldn’t push it back down this time — the chuckle bubbled up and out and morphed into a derisive laugh. Amidst all the bewilderment of being reminded of my damning brownness, I had almost forgotten I was also exotic. I had forgotten that the eyes looking out from above my mask were deep inky pools which could so often be objectified as alluring. I had forgotten that my sepia was reminiscent of a foreign land begging to be conquered. To be broken, ravaged, and silenced. I had forgotten that I should be grateful that my English was so good!

The water poured into the gashes and pooled in, washing the moss away, and a small, shy refrain slithered out from some back recess in my mind. A song the nuns at my convent-run school had taught us.

“Brown girl in the ring

There’s a brown girl in the ring

Brown girl in the ring

I could forget that I was brown, but the world would find unexpected ways to remind me. It would show me the million different ways in which the colour of my skin, the depth of my dark eyes, and the lilt of my tongue would mark me as different, as an Other. Go ahead, brown girl, pretend you’ve blended in. Pretend no one cares anymore. Soon enough you’ll see you’re still in the ring, being gazed at by eyes that insist on interpreting you in their own way.

It’s curious how everything has changed, but in some ways nothing has.

Asna Shaikh is a writer and editor. Born in Mumbai, India, she currently lives in Vancouver, Canada on traditional Musqueam, Squamish, and Tsleil-Waututh lands. She holds an MA in English from Simon Fraser University, with a professional background in writing, marketing & communications, and events. She is currently an editorial fellow at Hazlitt Magazine, Penguin Random House.
Tags: Asna Shaikh | Creative Non-Fiction