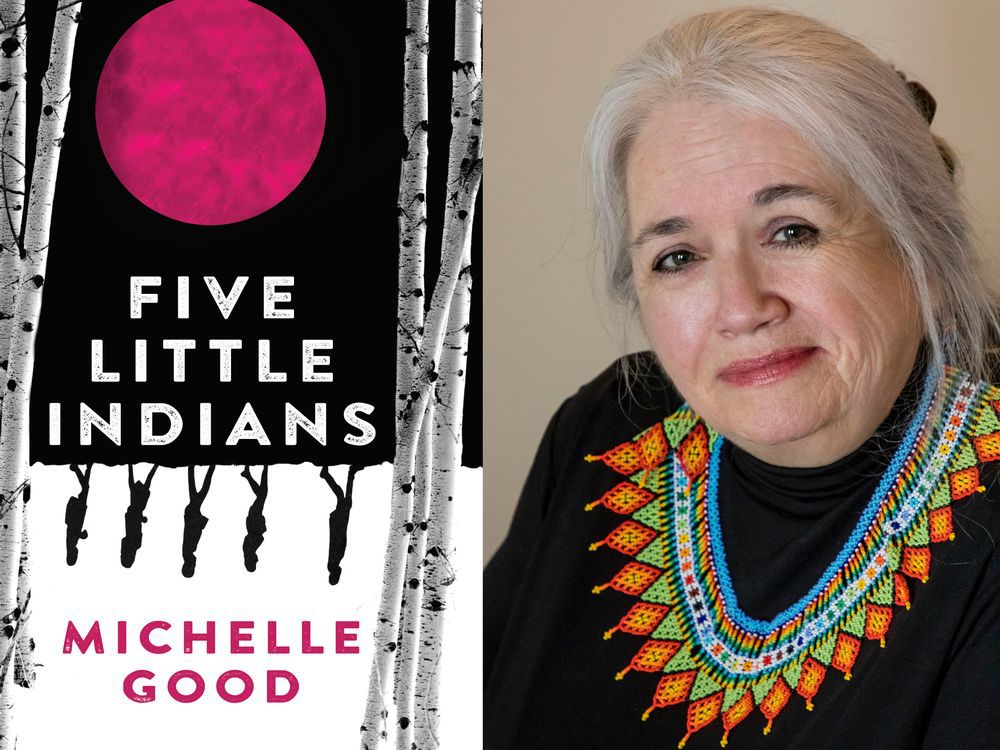 Our 2021 Short Forms Contest is being judged by Michelle Good! Michelle Good is of Cree ancestry, a descendent of the Battle River Cree and a member of the Red Pheasant Cree Nation. She graduated from UBC with a Master of Fine Arts Degree in Creative Writing MFA in 2014 where her novel Five Little Indians first started taking shape. Her poetry, and short stories have appeared in a number of publications. Her first novel, Five Little Indians won the HarperCollins/UBC Best New Fiction Prize and her poetry has been included in Best Canadian Poetry in Canada 2016 and Best of the Best Canadian Poetry in Canada 2017.

Our Short Forms Contest closes November 15th, 2021. Enjoy this short excerpt from Good’s Five Little Indians as inspiration for your own work, and submit today to receive a one-year subscription to Room, and for the chance to win a free copy of Five Little Indians!

Clara stood behind Mariah’s cabin, the late summer warmth rising from the soil. She looked down the hill and watched Mariah’s helpers readying the sweat lodge. She turned and headed toward the cabin door, a silvery glimmer distracting her. She looked east and saw the beginnings of the many trails she and Mariah had walked so many years ago. She thought she saw her dog, now long dead, a ghostly image running ahead of her as he had done then. She made her way toward the beginning of the trail she and Mariah had often walked to set snares, a faint tinkling rising on the breeze from the grove around the lodge. She walked, oblivious to time, only turning back when the sun was high and the birch leaves shimmered all around her.

It was just after noon when she got back to the cabin. Kendra stood in the doorway, looking this way and that, smiling, when her eyes fell on Clara.

“I was wondering where you went. You okay?”

“Lot of memories out there.” Clara reached out and hugged the young woman. Kendra was as close as she came to having a child, the daughter of her closest and oldest friend. The women entered the cabin to find Mariah preparing her smudge bowl.

Clara and Kendra sat with Mariah as she lit her smudge, a special combination of many different medicines. As she prayed in her soft Cree, Clara leaned over and took Kendra’s hand. They prayed in silence as Mariah prepared an offering for the ancients. They opened their eyes, relaxed, an air of peace beautifying the simple cabin. The truck would be here soon. Clara leaned over to Mariah.

“Kendra’s a doctor, you know. First Indian doctor in Canada.”

Clara rolled her eyes. “Native. Aboriginal. Whatever. Call me Indian till they get it right in the Indian Act.”

Mariah put her hand over Clara’s. “Now. No politics here.”

“Mariah’s a doctor too.” Clara nodded, looking at Kendra. “She sure fixed me up.”

Clara laughed and squeezed the young woman’s hand. “Mariah’s got a whole different kind of science. She learned it here. Didn’t need no fancy school.”

The three women fell silent, waiting. Before too long the truck pulled up. The driver climbed out, waving at the women as they walked out to meet him.

Mariah nodded and pointed. “There’s some helpers by the lodge. You’ll need them.” The driver headed around back of the cabin and the women went inside, Clara making tea for the newly arrived.

Vera, the driver’s wife, pulled up a chair to the kitchen table. “Did you find a place?”

Mariah nodded. “Not too far from the lodge.”

Clara had just poured the tea when Mariah nodded toward the window.

“Here come the helpers.” She rose as the men joined them in the cabin.

One of them turned to Mariah. “You ready?”

She nodded, gathering up her bundle. “You men carry her down. We’ll follow.”

They all gathered around the pickup. The men pulled the casket from the truck bed. They walked round the cabin in the direction of the sun before making their way down the hill to the open place in the earth prepared for her.

They gathered in a circle around the open grave. The men gently placed the casket in the raw earth. Clara wept.

It had taken a dedicated researcher to find Lily’s remains, and even then it was almost impossible to get the Church to give her up. “We found you, Lily. We brought you home,” Clara whispered. Kendra put an arm around her. “I couldn’t leave you there after what they did to you. We finally got to go home. You and me both.”

Mariah prayed and the helpers followed with their deep voices, the hand drums filling the air around them with a deep sense of both peace and anticipation. When they finished their honour song, Mariah led the group to the sweat lodge, entering first and then inviting them all in, Kendra first to sit beside her and Clara next to Kendra. They all sat in a circle as the helpers brought in the white-hot rocks, filling the pit before them. Mariah began her prayers, placing the sage and cedar on the stones, the magical scent of the medicines rising, filling the lodge.

Clara leaned over and took Kendra’s hand. “Doc.” She smiled. “Get ready for some doctoring.”

The helpers closed the door.