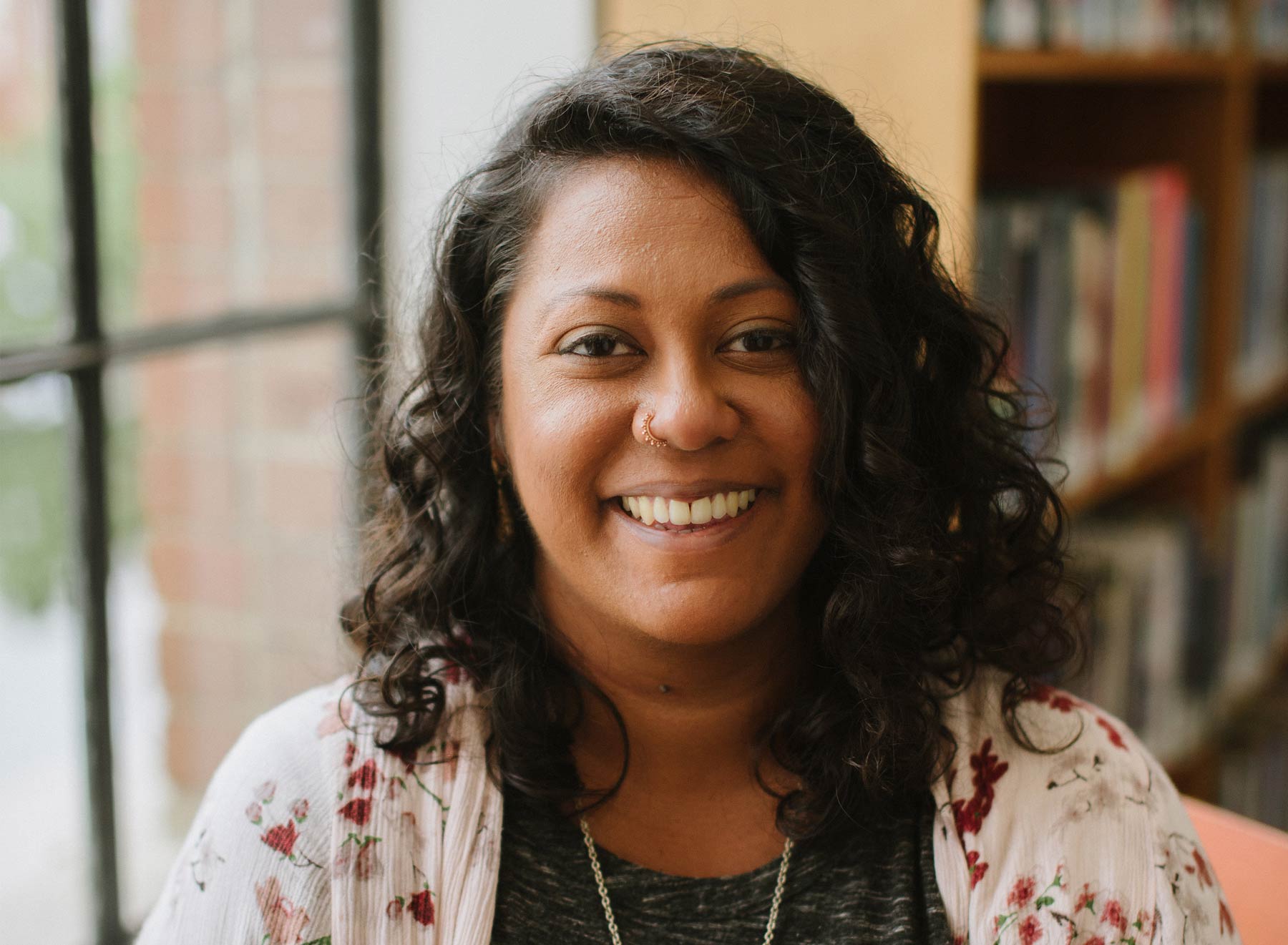 A ballad for messy brown girls

“A ballad for messy brown girls” is the honourable mention of Room’s Poetry and Fiction Contest 2018 as selected by judge Vivek Shraya.

Brown girls with combed out curls
that frizz and fly and fuzz,
Baby hair halos,
–  angels –
of the 43 Kennedy bus.i

Shorts that often show below
their unevenly rolled up skirts,
Breasts that bras
bisect,
and        strain
Their coffee-stained buttoned up shirts

Who pay for their plain buttered bagel
in hastily gathered dimes,
Who dredge up subway fare from
the bottom of their bag, most times.

Muffin tops and juicy thighs
outwear each new pair of jeans,
Dark sugar skin that loves the sun
and those persistent Dravidian genes.

With ammas who blow up their phones,
When they’ve been out too late,
and appas who flatten them when they get home,
While siblings watch,              and wait.

Whose uncles get wildly, racously drunk,
While aunts get smilingly mean,
Whose cousins get loudly rowdy,
So they learned to avoid being seen.

Girls who smile when they mean to              run,
With secrets they should never keep,
Who helped their parents with every bill,
And hid their heartbreak deep.

Dates in a dark mall parking lot,
in car seats covered in grime,
Who then got taken for Hakka dinner,
Plan B from a new Shoppers each time.

Girls who know that they are girls,
Though others say they’re not,
Girls who love that other girls,
Make her throb          and hot.

Girls who hold their closest girls,
Tight and fierce and dear,
Who nestle into each other’s arms,
Whose hair will hide a tear.

Girls who laugh big, girls who dream wild,
Girls who get high and wine low,
Girls who know their oily foreheads,
Just means that baby             – they glow.

iA public transit bus that runs through the multi-racial Toronto suburb of Scarborough which has a large South Asian population.

Angela​ ​Britto​ is a Tamil writer and arts administrator based in Toronto. She has an MA in English from the University of Pennsylvania. Her professional, academic and artistic interests are in race, gender, diaspora, representation and social justice. Her debut publication appeared in The Unpublished City II anthology.