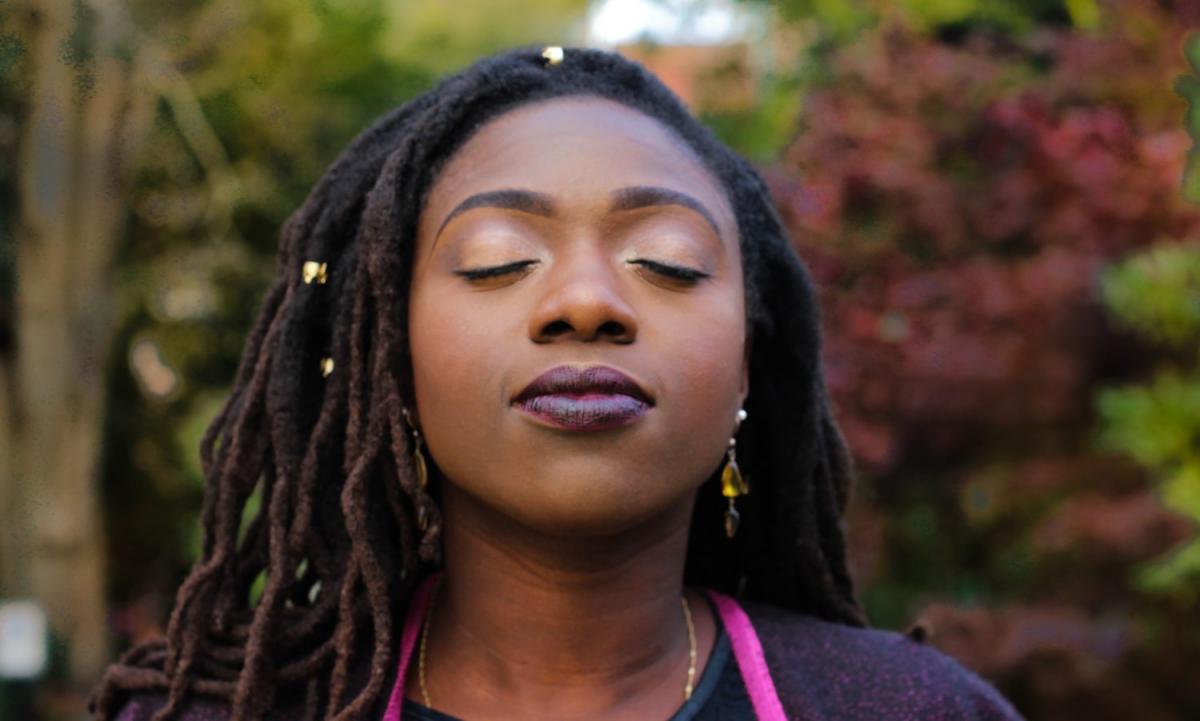 7 Black Nova Scotian Writers You Should Be Reading

In addition to Afua Cooper and Shauntay Grant, two of the writers featured in “20 Black Writers to Read All Year Round”, Nova Scotia has been home to many Black poets and novelists. Here is a list of some of our favourite emerging and established writers from the African Nova Scotian community. (Photo: Abena Beloved Green).

In addition to Afua Cooper and Shauntay Grant, two of the writers featured in “20 Black Writers to Read All Year Round”, Nova Scotia has been home to many Black poets and novelists. Here is a list of some of our favourite emerging and established writers from the African Nova Scotian community.

Hamilton is an award-winning independent filmmaker, writer, and artist. The head of her own film production company, Maroon Films, she also teaches in Halifax in the University of King’s College School of Journalism. Her debut book of poetry, And I Alone Escaped to Tell You (Gaspereau Press, 2014), centres the experiences of early Black Nova Scotians, and was a finalist for the 2015 Gerald Lampert Memorial Award for Poetry, the 2015 JM Abraham Poetry Award, and the 2018 Lieutenant Governor of Nova Scotia Masterworks Arts Award.

El Jones is a poet and activist based in Halifax, Nova Scotia. She has served as Halifax’s Poet Laureate (2013-2015), the 15th Nancy’s Chair in Women’s Studies at Mount Saint Vincent University (2017-2019), and the Poet in Residence for Poetry in Voice (2017/18). A two-time National Spoken Word Champion, her debut collection, Live From the Afrikan Resistance!, was published by Roseway in 2014. A dedicated activist and educator, she has led workshops on poetry and social justice across Canada and abroad.

Writer and spoken word performer Guyleigh Johnson is the author of two books. Her first, Expect the Unexpected: Stories from the North End (Pottersfield Press, 2016), is a book of poetry focused on the lives of inner-city youth. Her second book, Afraid of the Dark (Pottersfield Press, 2018), mixes poetry and prose to tell the story of Kahlua Thomas, a teenager struggling to come to terms with her family, community, and identity. Johnson’s poetry has also appeared in such publications as Atlantic Books Today, Understorey Magazine, and The Nova Scotia Advocate.

Abena Beloved Green is a dancer, spoken word artist, and writer. She has twice competed at the Canadian Festival of Spoken Word, and in 2017 was the third-place finalist in the Canadian Individual Poetry Slam (Verses Festival of Words). Her debut poetry collection, The Way We Hold On (Pottersfield Press, 2018), considers social and environmental issues. Green also released a spoken word album, Beloved, in 2013.

A retired teacher based in Halifax, Wesley is an award-winning writer of poetry, non-fiction, children’s literature, and young adult fiction. In 1975, she published her debut poetry collection, To My Someday Child (Bilongo Publishers), becoming Nova Scotia’s first published Black poet. Her work often focuses on the historical experiences of Black Nova Scotians, from their initial settlements in the province to the twenty-first century. One of her young adult novels, If This Is Freedom (Roseway, 2013), was selected for One Book Nova Scotia in 2017. Her latest book, Righting Canada’s Wrongs: Africville (Lorimer, 2019), tells the story of the Black community of Africville, founded in the early nineteenth century and demolished by the City of Halifax in the 1960s, displacing its inhabitants.

Maxine Tynes was a teacher and poet from Dartmouth who passed away in 2011. Her first book of poetry, Borrowed Beauty (Pottersfield Press, 1987), won her the Milton Acorn People’s Poetry Award, an award presented annually to an outstanding “people’s poet”. She would go on to publish three other collections, including Woman Talking Woman (Pottersfield Press, 1990) and Save the World for Me (Pottersfield Press 1991), a book of poetry for children. Her poems are informed by her heritage as a descendent of Black Loyalists, and often address the discrimination she faced as a disabled Black woman. Tynes’ was honoured during her lifetime with an honourary doctorate from Halifax’s Mount Saint Vincent University and the Governor General’s Canada 125 medal.

Kate Foster is an emerging fiction writer based in Dartmouth. Her short stories have recently appeared in Understorey Magazine and Canthius. In 2012, she placed second in Room’s annual fiction contest.